This is a list of agencies, corporations, departments and authorities that are part of the Government of Western Australia.

The Department for Environment, Food and Rural Affairs (DEFRA) is the government department responsible for environmental protection, food production and standards, agriculture, fisheries and rural communities in the United Kingdom of Great Britain and Northern Ireland. Concordats set out agreed frameworks for co operation, between it and the Scottish Government, Welsh Government and Northern Ireland Executive, which have devolved responsibilities for these matters in their respective nations.

The statutory boards of the Singapore Government are organisations that have been given autonomy to perform an operational function by legal statutes passed as Acts in parliament. The statutes define the purpose, rights and powers of the authority. They usually report to one specific ministry. This list includes both current and new statutory boards formed. 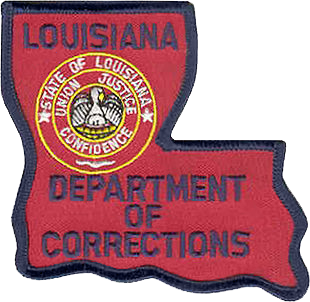 The Department of Public Safety and Corrections (DPS&C) is a state agency of Louisiana, headquartered in Baton Rouge. The agency comprises two major areas: Public Safety Services and Corrections Services. The Secretary, who is appointed by the Governor, serves as the department's chief executive officer. The Corrections Services Deputy Secretary, Undersecretary, and Assistant Secretaries for the Office of Adult Services and the Office of Youth Development report directly to the Secretary. Headquarters Administration consists of centralized Divisions that support the management and operations of the adult and juvenile institutions, adult and juvenile probation and parole district offices, and all other services provided by the department. 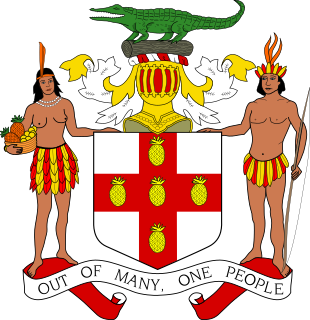 The Ministries of Jamaica are created at the discretion of the Prime Minister of Jamaica to carry out the functions of Government. As of 2016 the current Prime Minister is The Most Honorable Andrew Michael Holness, ON, MP. The agencies of Jamaica are created by both Parliamentary law and assigned to ministers to oversee. The governance structure consists of ministries with portfolios that have agencies that carry out its functions.

The New South Wales Department of Industry, a former department of the New South Wales Government, from 2015 until 2019 was to lead the state government's contribution to making NSW a prosperous state, creating the conditions for NSW to be a place where people want to live and work and businesses choose to invest and grow.

The Department of Aboriginal Affairs is the former government authority that was involved with the matters of the Aboriginal population of Western Australia.

The Government agencies in Bangladesh are state controlled organizations that act independently to carry out the policies of the Government of Bangladesh. The Government Ministries are relatively small and merely policy-making organizations, allowed to control agencies by policy decisions. Some of the work of the government is carried out through state enterprises or limited companies.

The New South Wales Department of Planning, Industry and Environment (DPIE) is a department of the New South Wales Government responsible for effective and sustainable planning and the development of industry to support the growth in the state of New South Wales, Australia. It makes plans based on evidence for the state’s cities and regions, working with the community, business and local government to create places for people in NSW to live, work and spend their leisure time, while ensuring good access to transport and other services like shops and restaurants. The Department is also responsible for the evidence-based assessment of state significant development applications.