This is a list of colonial governors of Virginia.

Note: Some of those who held the lead role as governor of Virginia never visited the New World and governed through deputies resident in the colony. Others, such as Thomas West, 3rd Baron De La Warr, held the lead role for many years, but were only in Virginia a short portion of that time, delegating to others most of the time. Probably for those reasons, in many historical documents and references, the deputies and lieutenant governors who had the primary responsibility in Virginia are also often titled simply "governor". Also, transportation from England routinely took several months, and occasionally, much longer. Thus, dates may appear to overlap.

The first English attempt to colonize Virginia was the "Lost Colony" of Roanoke. Unsuccessful settlements were established under two different governors, and the final fate of the colonists remains unknown.

From 1606 until 1624, Proprietary Governors oversaw the operation of the Virginia Colony. Most were styled "President of the Council", although some were styled "governor" by the proprietors.

After the Virginia Company of London lost its proprietary charter in 1624, the colony was taken over by the English Crown, and became a crown colony. Governors were appointed by the ruling monarch to oversee the interests of the Crown. During the interregnum period (1649–1660), when England came under commonwealth rule and the protectorate rule of Oliver and Richard Cromwell, those governments appointed Virginia's governors. William Berkeley, who was governor at the time of the execution of King Charles I, remained in office until the arrival of a Commonwealth fleet in 1651 led to his removal. Berkeley was returned to office by votes of the Virginia assembly and by appointment of the restored King Charles II in 1660. 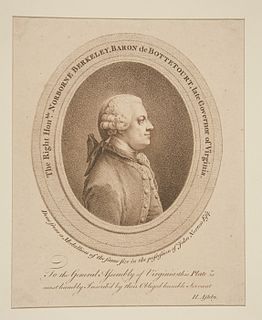 Francis Fauquier was a lieutenant governor of Virginia Colony, and served as acting governor from 1758 until his death in 1768. He was married to Catherine Dalston.

This is a list of people who have served as Custos Rotulorum of Surrey.

Sir Francis Wyatt (1588–1644) was an English nobleman, knight, politician, and government official. He was the first English royal governor of Virginia. He sailed for America on 1 August 1621 on board the George. He became governor shortly after his arrival in October, taking with him the first written constitution for an English colony. Also sailing with him on this voyage was his second cousin Henry Fleete Sr., who helped found colonies in both Virginia and Maryland. In 1622 he rallied the defense of Jamestown which was attacked by Native Americans, during which the lives of some 400 settlers were lost and he then oversaw the contraction of the colony from scattered outposts into a defensive core. 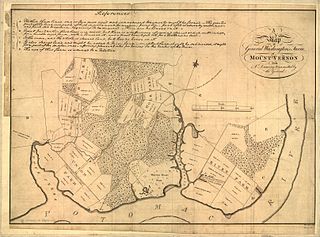 Col. Nicholas Spencer, Jr. (1633–1689) was a London merchant who emigrated to Westmoreland County, Virginia, where he became a planter and which he represented in the Virginia House of Burgesses. Spencer later served as Secretary and President of the Council of the Virginia Colony, and on the departure of his cousin Thomas Colepeper, 2nd Baron Colepeper in 1683, was named Acting Governor (1683–84), in which capacity Spencer served until the arrival of Governor Lord Howard of Effingham. Spencer's role as agent for the Culpepers helped him and his friend Lt. Col. John Washington, ancestor of George Washington, secure the patent for their joint land grant of the Mount Vernon estate.

The 1875 Birthday Honours were appointments by Queen Victoria to various orders and honours to reward and highlight good works by citizens of the British Empire. The appointments were made to celebrate the official birthday of the Queen, and were published in The London Gazette in May and June 1875.