This is a list of people who have served as mayor of Saint Paul, Minnesota.

The Minnesota Democratic–Farmer–Labor Party (DFL) is a major political party in the U.S. state of Minnesota. The party’s platform is described as moderate. The DFL, due to its historically blue-collar base, has a long history of having support in both rural and urban parts of Minnesota. Some of the party’s main focuses are economic growth, environmental protection, education, and government accountability. It was formed by a merger between the Minnesota Democratic Party and the Minnesota Farmer–Labor Party in 1944.

Sharon Sayles Belton is an American community leader, politician and activist. She is Vice President of Community Relations and Government Affairs for Thomson Reuters Legal business.

John J. Marty is a member of the Minnesota Senate, representing District 66, which includes portions of Ramsey County in the northern Twin Cities metropolitan area. As a young state senator, he ran for Governor of Minnesota in 1994. He won the DFL party nomination and the Democratic primary but lost the general election to the incumbent governor, Arne Carlson. He ran for governor again in 2010, but withdrew from the race after failing to win his party's endorsement. 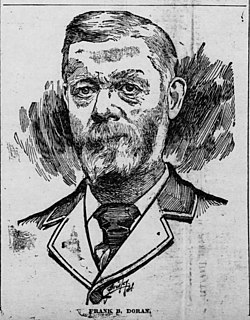 Minnesota's 4th congressional district covers nearly all of Ramsey County, and part of Washington County. It includes all of St. Paul, and most of its suburbs. The district is solidly Democratic, with a CPVI of D+14. It is currently represented by Betty McCollum, of the Minnesota Democratic-Farmer-Labor Party (DFL). The DFL has held the seat without interruption since 1949, and all but one term (1947-1949) since the merger of the Democratic and Farmer-Labor Parties.

Sheldon Johnson is an American politician and former member of the Minnesota House of Representatives. A member of the Minnesota Democratic–Farmer–Labor Party (DFL), he represented District 67B, which included portions of the Dayton's Bluff, Beaver Lake Heights, Highwood Hills, Mounds Park, Conway, Eastview and Battle Creek neighborhoods of Saint Paul in Ramsey County in the Twin Cities metropolitan area.

The 2008 Minnesota U.S. House of Representatives elections took place on November 4, 2008. All 8 congressional seats that make up the state's delegation were contested. Representatives were elected for two-year terms; those elected served in the 111th United States Congress from January 4, 2009 until January 3, 2011.

James Scheibel is an American politician who was endorsed by the Minnesota Democratic-Farmer-Labor Party. From 1990 to 1994, he served as the mayor of Saint Paul, Minnesota, succeeding George Latimer and succeeded by Norm Coleman. 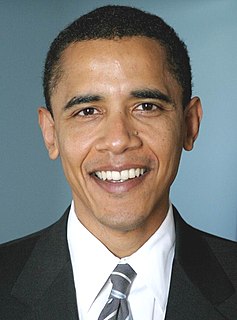 The 2008 Minnesota Democratic presidential caucuses took place on Super Tuesday, February 5, 2008 with 78 delegates at stake. The winner in each of Minnesota's eight congressional districts was awarded all of that district's delegates, totaling 47. Another 25 delegates were awarded to the statewide winner, Barack Obama. The 72 delegates represented Minnesota at the Democratic National Convention in Denver, Colorado. Sixteen other unpledged delegates, known as superdelegates, also attended the convention and cast their votes as well.

Sandra L. "Sandy" Pappas is a Minnesota politician and former President of the Minnesota Senate. A member of the Minnesota Democratic–Farmer–Labor Party (DFL), she represents District 65, which includes portions of Saint Paul in Ramsey County in the Twin Cities metropolitan area.

The 1920 Minnesota gubernatorial election took place on November 2, 1920. Republican Party of Minnesota candidate J. A. O. Preus defeated Independent challenger's Henrik Shipstead and the Mayor of St. Paul, Laurence C. Hodgson. Shipstead narrowly lost to Preus in the Republican primary of that year and challenged him in the general, beating the Democratic nominee but coming far short of winning the general. 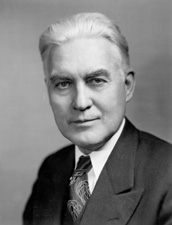 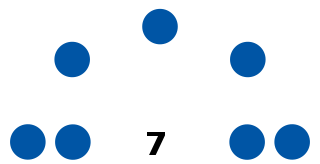 The Saint Paul City Council is the governing body of Saint Paul, Minnesota, United States, as part of a strong mayor–council government. There are seven members from seven wards who are elected to four-year terms. Amy Brendmoen is the current president of the council. The council is completely controlled by members of the Minnesota Democratic–Farmer–Labor Party, with all seven members being affiliated with the party. 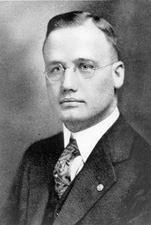 The 1942 United States Senate special election in Minnesota took place on November 3, 1942. The election was held to fill the vacancy in the seat formerly held by the late Ernest Lundeen for the final two months of Lundeen's unexpired term. Governor Harold Stassen had appointed Joseph H. Ball to fill the seat in 1940, but this appointment was temporary and subject to a special election held in the next general election year thereafter—1942. Ball opted to run for the full six-year term immediately following the end of Lundeen's term, instead of running for election to continue for the remainder of the term. In Ball's stead, the Republican Party of Minnesota nominated Arthur E. Nelson, who, in the special election, defeated both of his challengers—Al Hansen of the Farmer–Labor Party of Minnesota and John E. O'Rourke of the Minnesota Democratic Party. 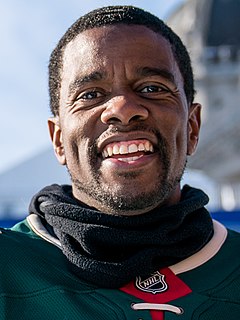 Melvin Whitfield Carter III is an American politician and member of the Minnesota Democratic–Farmer–Labor Party who has served as mayor of Saint Paul, Minnesota, since 2018. Elected to his first term in 2017, Carter is the 55th mayor of St. Paul and its first African American mayor.