This is a list of world lightweight boxing champions by organization, as recognized by four of the better-known sanctioning organizations:

James Walter Carter was a world lightweight boxing champion three times between 1951 and 1955. His managers included Jimmy Roche and Willie Ketchum. He was inducted into the International Boxing Hall Of Fame in 2000. Carter's loss to Lauro Salas in 1952 and his loss to Paddy DeMarco in 1954 were each named Ring Magazine upset of the year. His professional record was 80-31-9 with 32 knockouts. 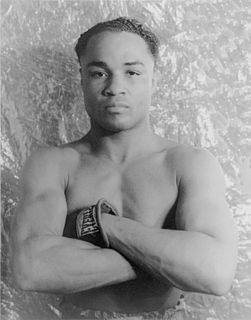 Carmen Basilio was an American professional boxer who was the world champion in both the welterweight and middleweight divisions, beating Sugar Ray Robinson for the latter title. An iron-chinned pressure fighter, Basilio was a combination puncher who had great stamina, and eventually wore many of his opponents down with vicious attacks to the head and body. 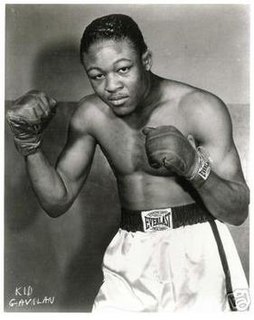 Gerardo González, better known in the boxing world as Kid Gavilan, was a Cuban boxer. Boxing Writers Association of America named him Fighter of the Year in 1953, Gavilán was voted by The Ring magazine as the 26th greatest fighter of the last 80 years. Gavilán was a 1966 inductee to The Ring magazine's Boxing Hall of Fame, and was inducted into the International Boxing Hall of Fame in the inaugural class of 1990. 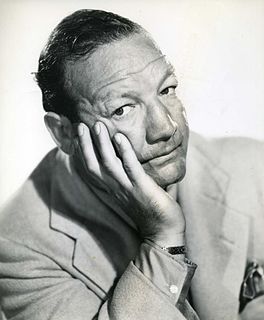 Joseph "Sandy" Saddler was an American professional boxer. He was a two-time featherweight world champion, having also held the super featherweight title. Over his twelve-year career (1944–56), Saddler scored 104 knockouts and was stopped only once himself, in his second professional fight, by Jock Leslie. In 2003, Saddler was ranked number five on The Ring magazine's list of "100 Greatest Punchers of All Time". His nephew is Grandmaster Flash.

Duilio Loi was an Italian boxer who held the Italian and European lightweight and welterweight titles, as well as the World Junior Welterweight Championship. Loi fought from 1948 to 1962, and retired with a record of 115 wins, 3 losses and 8 draws.

Ultiminio Ramos Zaqueira was a Cuban-born Mexican professional boxer who was better known as Sugar Ramos. Ramos fought out of Mexico where he was adopted as a national hero. He was a World Featherweight champion and member of the International Boxing Hall of Fame.

David "Davey" S. Moore was an American featherweight world champion boxer who fought professionally 1953–1963. A resident of Springfield, Ohio, Moore was one of two world champions to share the name in the second half of the 20th century. The second, Davey Moore boxed during the 1980s.

Don Jordan was an American boxer born in Los Angeles, California and was the Welterweight Champion of the World from 1958 to 1960. His nickname was ‘Geronimo’. He was of Mexican and African American descent. 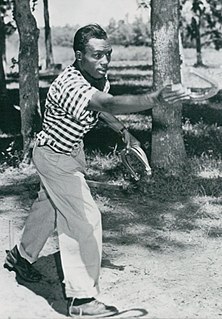 Virgil Akins was an American boxer who won the Welterweight Championship of the World in 1958. Nicknamed ‘Honeybear’, Akins was the first World Champion boxer from St. Louis.

Hogan "Kid" Bassey MBE was a Nigerian-British boxer; he was the first man of Nigerian descent to become a world boxing champion.

Johnny Saxton was an American professional boxer in the welterweight (147lb) division. He was born in Newark, New Jersey, learned to box in a Brooklyn orphanage and had an amateur career winning 31 of 33 fights, twice becoming World Welterweight Champion.