The IBF was preceded by the United States Boxing Association (USBA), a regional championship organization like the North American Boxing Federation (NABF). In 1983, at the WBA's annual convention, held in Puerto Rico, Robert W. "Bobby" Lee, Sr., president of the USBA, lost in his bid to become WBA president against Gilberto Mendoza. Lee and others withdrew from the convention after the election, and decided to organize a third, world-level organization, to co-exist with the WBA and the WBC. Formed as USBA-International,[ citation needed ] the fledgling organization was later renamed the International Boxing Federation, based in New Jersey, where its main offices remain.

Bobby Lee had also been a New Jersey boxing commissioner until 1985, when, according to news reports, "he was suspended and fined by the Ethical Standards Commission for accepting contributions from fight promoters and casino executives." [2]

The IBF's first world champion was Marvin Camel, a former WBC world cruiserweight champion who won the IBF's belt in the same division. During its first year of existence the IBF remained largely obscure, but by 1984 it decided to recognize Larry Holmes, Aaron Pryor, Marvin Hagler and Donald Curry, already established champions from other organizations, as IBF world champions. In Holmes' case, he relinquished his WBC title to accept the IBF's recognition. It established the IBF as the third sanctioning body, and a legitimate organization.

Despite achieving an appearance of legitimacy, subsequent to a three-year investigation started by 1996 charges levied by former heavyweight champion Michael Moorer; IBF's reputation was ruined in 1999 with founder Lee's indictment for racketeering and other violations for taking bribes in exchange for high boxer rankings. Indicted on federal racketeering and racketeering conspiracy charges were "president, Robert W. Lee, 65; his son and IBF liaison, Robert Lee Jr., 38; former IBF executive and Virginia boxing commissioner Donald William Brennan, 86; and South American IBF representative Francisco Fernandez." [3] Lee was subsequently convicted of money-laundering and tax evasion in August 2000, then sentenced, in 2001, to 22 months in prison and fined $25,000. [4]

In 2000, citing extortion, boxing promoter Bob Arum voluntarily testified to having paid IBF president Bobby Lee $100,000 in two installments in 1995, as the first half of a $200,000 bribe, through "middleman, Stanley Hoffman", adding that Lee had first demanded $500,000 to approve the Schulz-Foreman fight, but had settled for the lesser amount of $200,000 (half of which was never paid). [5] Arum was sanctioned and fined $125,000 by the Nevada State Athletic Commission. Boxing promoters Cedric Kushner and Dino Duva also admitted to making similar payments to Lee. [6]

"A culture of corruption has festered in the IBF virtually since its inception... IBF ratings were not earned – they were bought... The crimes have bastardized the ratings in most of the weight classes."
— Adam Miller quoting Assistant U.S. Attorney Robert Cleary, "FEDS BID TO KO BOXING BIGS WITH ‘BRIBE’ RAP", New York Post , November 5, 1999 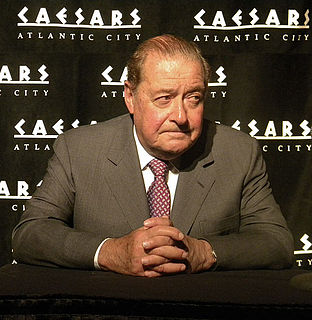 Robert Arum is an American lawyer and boxing promoter. He is the founder and CEO of Top Rank, a professional boxing promotion company based in Las Vegas. He also worked for the US Attorney's Office for the Southern District of New York in the tax division during his legal career before moving into boxing promotion. 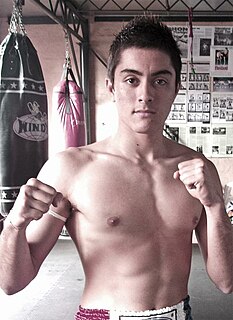 Pamorn Martdee also known as Pamorn Luuk Hill-Martdee is a former Thai of Australian descent muay Thai kickboxer, promoter of Origins Fight Promotions and the founder and director of Champions Gym in Perth. He is also the chairman of WBC Muaythai in Australia. Martdee was born in Subiaco, Western Australia. He was the WPMF welterweight Australian champion at age 17 and was ranked the number one contender in Australia to win the WBC Muay Thai national title in 2007. 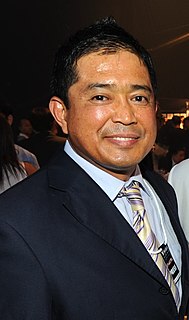 Phon Martdee is a Thai-born Australian Muay Thai instructor and promoter and a former Muay Thai boxer. Martdee is one of the best-known Muay Thai trainers in Australia, training over 30 champions of state, national, and international status and having been voted Muay Thai Trainer of the Year by the International Kickboxer Magazine in 1997 and was president of the Thai-Australian Association of Western Australia in 2007–2008. He is currently the trainer of World Boxing Council Muaythai Super Heavyweight National Champion Steve Bonner, Australian Champion Pamorn Martdee, WPMF Western Australian Champion Chris Garner, WBC Muay Thai Super Welterweight National Champion Jason Lea and top female prospect Melissa Norton. 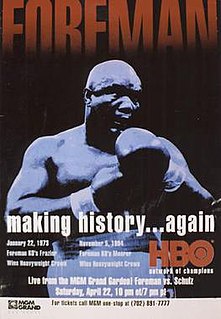 Michelle Preston is a Muay Thai Fighter and professional boxer. Preston resides in Auckland, New Zealand, where she has fought most of her professional fights. Preston has held many titles including New Zealand National Title, WBA Regional title and WBO Regional title. Preston is also a World title contender, fighting for the IBF World super flyweight title against Argentinian World Champion Debora Anahi Dionicius. Preston is also a four time World Kickboxing Champion. Preston has fought on four King in the Ring undercards. Preston won her last World title on 17 November 2017 on the Main Undercard of King in the Ring. Preston won the vacant WBC Muaythai World Super Flyweight Champion against Fani Peloumpi by Majority decision.

Youssef Boughanem is a Moroccan-Belgian Muay Thai kickboxer who is the reigning WBC Muay Thai World Middleweight Champion. He is a former Lumpinee Stadium and Rajadamnern Stadium 160 lb Champion. Boughanem currently trains out of the Petchsaman Gym in Thailand.