Marilyn Milian (born May 1, 1961) is an American television personality, lecturer, and retired Florida Circuit Court judge who presides over the American courtroom television series The People's Court . She is the first Hispanic arbitrator to preside over a court show. [1]

Milian became the presiding judge on The People’s Court during the current edition's fourth season in 2001, replacing Jerry Sheindlin, and has been with the program ever since; she surpassed Joseph Wapner, the original presiding arbitrator, during the 2012–13 season as the longest serving judge across the entire history of the series. [1]

Milian was born in Manhattan to Cuban parents Jorge, a general contractor, [2] and Georgina Milian. [3] [4] She spoke Spanish before learning English and is fluent in both languages. [5] The family moved from Astoria, Queens, to Miami when she was eight years old. She graduated from St. Brendan High School. [3]

Milian earned her undergraduate degree in psychology from the University of Miami. She then attended Georgetown University Law Center, earning her J.D. [4] She spent a year working at Harvard Law School, where she served as director of training for the Guatemala Project. She was responsible for training the Guatemalan trial judiciary, defense, and prosecution bar in investigatory and trial techniques. [4]

Milian was appointed assistant state attorney for the Dade County State Attorney's Office by Janet Reno, who was then the county's state attorney. After ten years in that position, she then worked for the Miami County Court, serving in the domestic violence, criminal, and civil divisions. [4] In 1999, Florida governor Jeb Bush appointed Milian to the Miami Circuit Court, where she served in the Criminal Division. [4] [6] In 2001, she replaced Jerry Sheindlin as judge of The People's Court, and became the first Hispanic judge on any English-language television court show. Milian is listed as an adjunct faculty member of the University of Miami School of Law, teaching litigation skills. [7]

Milian serves as presiding judge in the second life of the courtroom show The People's Court , the first arbitration-based reality court show and the second-longest running court show in history. Milian has presided over the program since spring 2001, which was late in The People's Court's 17th season (or fourth season of the revived version of the show).

The People's Court has featured several arbitrators, with Milian currently holding the title of the longest-presiding arbitrator over the series. By completion of the show's 28th season (2012–13), Milian had completed twelve and a half seasons presiding over the program, officially making her the longest-running judge on The People's Court. Joseph Wapner, the show's original judge, was the previous holder of this record. By spring of 2021, she reached 20 years as presiding judge over the program.

In contrast to The People's Court's previous arbiters, Milian is considerably more animated in her role, [8] but she's also known for being levelheaded and logical in her observations and handling of the cases. [8] [9] Although engaging for the most part, [10] Milian also dishes out a good-natured, lively sass at the litigants and does not tolerate any disrespect from them. [1] [11]

Milian explains Americans' fascination with the court show genre: "We are a fast-food nation. People love to see resolution, they want to watch someone who has done wrong confronted and see justice prevail … all in an hour." [12]

Milian was portrayed by Cecily Strong in a 2017 Saturday Night Live parody of The People's Court where she presided over a case between President Donald Trump and three judges of the United States Court of Appeals for the Ninth Circuit. [13]

Milian is married to John Schlesinger, a former assistant United States attorney, who in 2004 was elected to the 11th Judicial Circuit Court for Miami-Dade County, Florida, the same position that Milian held before retiring to The People's Court. They live in Coral Gables, Florida, with their three children. She travels to Stamford, Connecticut, bimonthly for three days of taping of The People's Court.[ citation needed ]

Milian is the spokesperson for the FBI's Safe Online Surfing (FBI-SOS) [14] campaign. In 2019, she appeared on the daytime version of Who Wants to Be A Millionaire? , winning $5,000 for Camp Fiesta, a Florida summer camp that is free for children with cancer.

Janet Wood Reno was an American lawyer who served as the Attorney General of the United States from 1993 until 2001. President Bill Clinton nominated Reno on February 11, 1993, and the Senate confirmed her the following month. She was the first woman to serve as Attorney General and the second-longest serving Attorney General in U.S. history, after William Wirt. 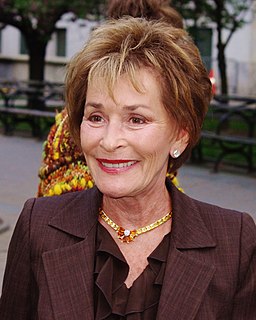 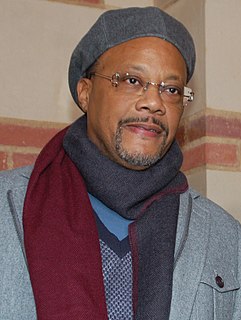 The People's Court is an American arbitration-based reality court show presided over by retired Florida State Circuit Court Judge Marilyn Milian. Milian, the show's longest-reigning arbiter, handles small claims disputes in a simulated courtroom set. By the spring of 2021, she celebrated 20 years of presiding on the court show.

Gerald "Jerry" Sheindlin is an American author, television personality, jurist and attorney. He spent many years as a trial judge serving the New York Supreme Court. 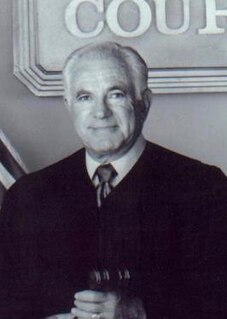 Joseph Albert Wapner (November 15, 1919 – February 26, 2017) was an American judge and television personality. He was the first presiding judge of the ongoing reality court show The People's Court. The court show's first run in syndication, with Wapner presiding as judge, lasted from 1981 to 1993, for 12 seasons and 2,484 episodes. While the show's second run has been presided over by multiple judges, Wapner was the sole judge to preside during the court show's first run. His tenure on the program made him the first jurist of arbitration-based reality court shows, which are now a most popular trend in the judicial genre.

Divorce Court is an American court show that revolves around settling the disputes of couples going through divorces. The current edition of Divorce Court premiered on September 13, 1999, is conducted as a court show. As of August 24, 2020, the presiding judge is Faith Jenkins.

Alejandro Enrique "Alex" Ferrer a. k. a. Judge Alex is a Cuban-American television personality, lawyer, and retired judge who presided as the arbitrator on Judge Alex.

Larry Seidlin was a State Court judge for the Circuit Court of the Seventeenth Judicial Circuit of the State of Florida in and for Broward County. He was the presiding judge during the infamous Anna Nicole Smith body custody hearing after her death. Among other institutions Seidlin received his education at Hunter College. 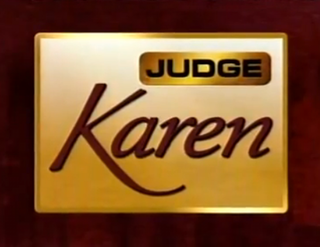 Judge Karen is an American arbitration-based reality court show that aired in first-run syndication and debuted on September 8, 2008 in 48 of the top 50 U.S. markets. As with other court shows, such as The People's Court and Judge Judy, a retired real-life judge presides over small claims court cases. On this show, the judge is Karen Mills-Francis, an African-American woman twice elected Miami-Dade County Court judge, who claims that "justice isn't always black and white". She did not wear the traditional black robe, but instead a burgundy one. The introductory sequence showed her presiding over cases, with the announcer saying "She's tough, she's fair, and she cares". The show was produced and distributed by Sony Pictures Television. 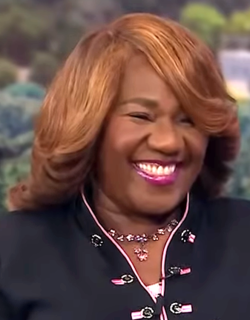 Mablean Deloris Ephriam, Esq. is a former Los Angeles prosecuting attorney. She is best known as the adjudicator of the courtroom series Divorce Court for seven seasons from 1999–2006. She was replaced by Lynn Toler in the show's 2006-07 season. Ephriam is also known for her judge roles in Tyler Perry's Madea films.

A court show is a television programming subgenre of either legal dramas or reality legal programming. Court shows present content mainly in the form of legal hearings between plaintiffs and defendants presided over by a judge.

Ian Jason Richards is a former county court judge in the Florida's 17th Judicial Circuit. Richards was the first African-American judge to be elected countywide in Broward County, Florida. He presided over State of Florida v. John Reasee, in which Richards jumped over his bench to protect a witness who was being attacked by the man against whom she had testified.

Hot Bench is a nontraditional panel-based court show that made its debut in first-run syndication on September 15, 2014. The series is produced by Judge Judy's Judge Judy Sheindlin, who also created the program and concept with executive producers Randy Douthit, Maureen FitzPatrick and David Theodosopoulos and supervising producer James Glover for CBS Media Ventures.

Alberto Milian is an American lawyer and judge from Florida. He is a judge of the Eleventh Judicial Circuit Court of Florida.