Marling School is a grammar school with academy status for boys located in Stroud, Gloucestershire, England. It is on the Cainscross Road, the main route out of Stroud towards the M5, and is situated next to the girls' grammar school, Stroud High School, with which it shares some facilities. [2]

Marling School is the oldest secondary school in Stroud, having been founded in 1887 by Sir Samuel Marling, [3] a local cloth manufacturer and former Liberal Member of Parliament, along with Sir Francis Hyett and Mr S.S. Dickinson. [4]

In 1882, Sir Samuel Marling offered £10,000 towards the building of the school, and the school also inherited a number of endowments from the Red Coat School which was founded in 1642 by Thomas Webb, the St Chloe School founded at Amberley by Nathaniel Cambridge in 1699, and the educational charities established in the 17th and 18th centuries by William Johns and Robert Aldridge. [5] [6]

The new school opened to fee-paying pupils, which included some boarding students, in 1889. In 1909, under a new scheme the school became a public secondary school. Its endowments, along with those of the Stroud School of Science and Art and the Stroud High School for girls, were placed under the administration of a body called the Stroud Educational Foundation.

The old school houses were built shortly after the school's foundation, designed by W. H. Seth-Smith. [6]

In 1965, the school was amalgamated with the Stroud Technical School for Boys which had been founded on a neighbouring site in 1910. The Technical School buildings now form the Art and Drama departments. [4] [7]

The head teacher David Lock was dismissed for gross misconduct in 2007 after allegations of bullying. [8]

Following the appointment of Dr Stuart Wilson as the new headteacher in 2010, [9] Marling School converted to an academy in August 2011. [10]

The left hand side of the school shield contains the Marling family crest while the right hand side relates to the marriage of Samuel Stephens Marling to Margaret Williams Cartwright of Devizes. [11]

Marling School has a programme of rebuilding and refurbishment to improve the learning environment.

Following a successful bid to the EFA, the school was awarded a grant of £3.7 million to build a new block, named 'West Block' that houses the Geography, Mathematics and Religious Education departments and a new dining hall overlooking the cricket pitch and pavilion. The old dining hall is now mostly unused. The Design and Technology block incorporates teaching rooms for food technology, graphical products, resistant materials and electronics, many of the rooms are shared with Stroud High School. The South Block built in 2005 houses English, Foreign Languages and Computing Science. The old gymnasium has been refurbished and repurposed as a library and school archive. [12]

In late 2019, old, derelict original school buildings were refurbished and the History department now occupies them, moving out of the South Block and making way for more English and Maths. These new refurbished buildings are called 'East Block'. The Science department is situated in three buildings, near East Block, one being shared with Stroud High School, and another, which was built later and is more modern.

A modern sixth form block serves the students of both the Marling School and Stroud High School. This was Downfield Sixth Form until the two schools split into having their own sixth forms. [13]

The school is a Directly Licensed Centre for the Duke of Edinburgh's Award Scheme. The school is a Lead School for the Teaching of Computer Science (Computing at School, British Computer Society, DfE). The school has successfully completed the Schools Build a Plane Challenge, where students worked together to construct an airworthy light aircraft. [14] The school was rated as 'Outstanding' overall and in each major area in its Ofsted report of November 2013. [15] 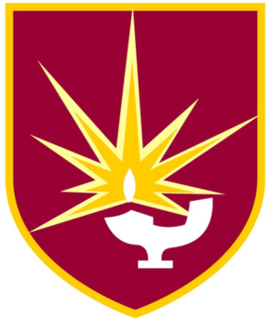 Stroud High School (SHS) is a grammar school with academy status for girls aged 11 to 18 located in Stroud, Gloucestershire, England

Sir William Romney's School is an 11-16 secondary school with academy status located in Tetbury, Gloucestershire, England. It serves schools around the Tetbury, Leighterton, Stroud, Cirencester, Nailsworth and Avening areas. In 2016 the school achieved a 'Good' rating from Ofsted.

Five Acres High School, formerly Lakers School, is an academy in Coleford, Gloucestershire. Simon Phelps is the Headteacher, Five Acres is an Academy which is sponsored by the Greenshaw Learning Trust. 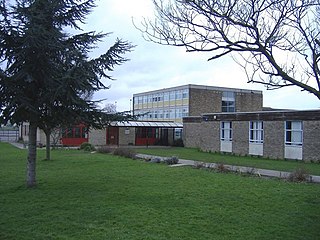 Katharine Lady Berkeley's School is an academy school near Wotton-under-Edge, Gloucestershire, England, for ages 11 to 18.

Oxted School is a coeducational secondary school and sixth form located in the English town of Oxted, Surrey. It was opened in 1929 as the first mixed grammar school in Surrey and now has over 1900 pupils aged 11–18.

Chosen Hill School is a large co-educational academy school in the village of Churchdown in Gloucestershire, England, between Cheltenham and Gloucester. It is also a Beacon School. The school was mentioned in 2008 in The Daily Telegraph as being the most over-subscribed school in Gloucestershire. In June 2009, It was recognised by Ofsted as an Outstanding School. The school has a large Sixth Form, with many students going on to Higher Education, many Russell Group universities.

Tasker Milward Voluntary Controlled School was a secondary school in Haverfordwest, Pembrokeshire, South West Wales, that taught through the medium of English. It had 750 students in 2016, significantly fewer than in 2009, when there were 1,100. It was ranked red by the Welsh government categorisation scheme in 2015, but made considerable improvements in 2016.) The Sixth Form was a member of the "Haverfordwest federation", which linked it with Sir Thomas Picton School and Pembrokeshire College. The school closed in 2018 when it merged with Sir Thomas Picton School to form Haverfordwest High VC School.

Archway School is a comprehensive co-educational school for pupils aged 11 to 18 in Stroud, Gloucestershire, England. The headteacher is Kieron Smith.

Brentwood County High School(colloquially referred to as BCHS) is a state-funded academy located in the town of Brentwood, Essex. The school is a member of the Osborne Co-Operative Academies Trust and educates 842 students from North East London and South West Essex. On 1 September 2017, the school was re-opened, as a member of the Osborne Co-Operative Academy Trust. In an Ofsted report, on 22 June 2017, the school was rated as 'Requires Improvement'.

Barnwood Park School is a co-educational secondary school located in the Barnwood area of Gloucester in the English county of Gloucestershire.