Matching Mole were an English progressive rock band associated with the Canterbury scene. [1] Robert Wyatt formed the band in October 1971 after he left Soft Machine and recorded his first solo album The End of an Ear (4 December 1970). He continued his role on vocals and drums and was joined by David Sinclair of Caravan on organ and piano, Dave MacRae on electric piano, Phil Miller of Delivery on guitar and Bill MacCormick of Quiet Sun, on bass. [1] The name is a pun on Machine Molle, the French translation of the name of Wyatt's previous group Soft Machine. [1]

Their first eponymous album was released in April 1972, the bulk of which was composed by Wyatt himself, with the exception of "O Caroline" (a Dave Sinclair composition with lyrics by Wyatt about his recent breakup with girlfriend Caroline Coon) and Phil Miller's "Part of the Dance". [1] Sinclair soon dropped out of the group and was replaced by New Zealand-born keyboard player and composer Dave MacRae, who had already played a guest role on the first album. [1] Their second album, Matching Mole's Little Red Record produced by Robert Fripp of King Crimson was released in November 1972. [1] This album was more of a team effort, with Wyatt concentrating on lyrics and vocal melodies and leaving the composing to his bandmates.

Matching Mole disbanded in late September 1972 immediately upon completion of a European tour supporting Soft Machine, with Sinclair and Miller going on to form the more successful Hatfield and the North. [1] A new lineup – consisting of Wyatt, MacCormick, ex-Curved Air keyboardist Francis Monkman and jazz saxophonist Gary Windo – was due to record a third album in 1973. This was cancelled when Wyatt fell from a window in June 1973, and was paralysed from the waist down, and therefore unable to continue drumming. [2] 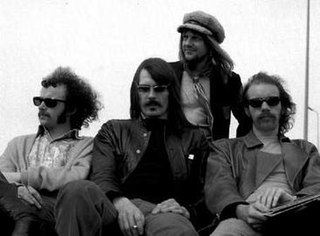 Soft Machine are an English rock band from Canterbury formed in mid-1966, currently consisting of John Marshall (drums), Roy Babbington (bass), John Etheridge (guitar), and Theo Travis. As a central band of the Canterbury scene, the group became one of the first British psychedelic acts and later moved into progressive and jazz-rock. Their varying lineups have included prominent former members such as Mike Ratledge, Robert Wyatt, Kevin Ayers, and Hugh Hopper.

Caravan are an English band from the Canterbury area, founded by former Wilde Flowers members David Sinclair, Richard Sinclair, Pye Hastings and Richard Coughlan in 1968. The band have never achieved the great commercial success that was widely predicted for them at the beginning of their career, but are nevertheless considered a key part of the Canterbury scene of progressive rock acts, blending psychedelic rock, jazz and classical influences to create a distinctive sound.

Hatfield and the North were an experimental Canterbury scene rock band that lasted from October 1972 to June 1975, with some reunions thereafter.

Phillip "Pip" Pyle was an English-born drummer from Sawbridgeworth, Hertfordshire, who later resided in France. He is best known for his work in the progressive rock Canterbury scene bands Gong, Hatfield and the North and National Health. 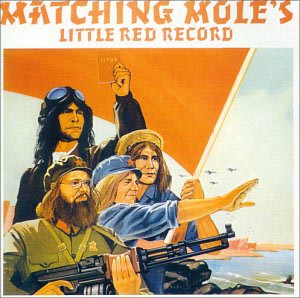 Matching Mole's Little Red Record (1972) is the second album of the English Canterbury Scene band Matching Mole. The band was formed in 1971 by Robert Wyatt after he left Soft Machine. Compared to their first album, Little Red Record was more of a team effort, with Wyatt taking a less involved role. It was produced by Robert Fripp of King Crimson, and features Brian Eno as a guest musician.

William MacCormick is an English bassist and vocalist. He is the second son of Ewen and Olwen MacCormick who married in 1946 after serving together in the RAF. His older brother, Ian MacCormick was born in 1948. After attending primary schools in Brixton they were both awarded free places at Dulwich College. There Bill met Phil Targett-Adams and they developed an interest in playing music. In 1966 Bill's mother worked with Honor Wyatt, the mother of drummer Robert Wyatt, and Bill saw his band Soft Machine play their first gig in August 1966 at Coombe Springs in Kingston and, thereafter, became a regular visitor at Honor Wyatt's house in Dalmore Road, West Dulwich, where the band lived and rehearsed. In 1968 Phil Targett-Adams and Bill formed a band at Dulwich College with a floating membership except for drummer Charles Hayward, two years their junior. Under the name Pooh and the Ostrich Feather they played gigs around the school and at parties. Bill and Phil both left Dulwich College in 1969 and they reunited with Charles Hayward the following year to form a band called Quiet Sun. They recruited keyboard player Dave Jarrett and, briefly, sax player, Dave Monaghan, but were unable to find a suitable bass player. Bill, who was to sing and play drums, learnt the bass parts to the various compositions in order for the band to rehearse and continued as the bass player until the band broke up in the summer of 1971. 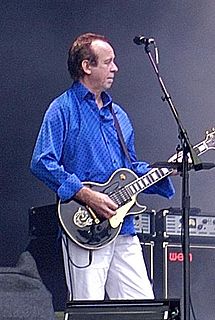 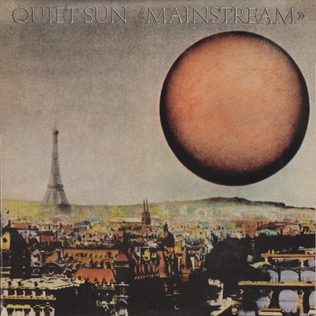 Mainstream is the only album of the UK band Quiet Sun.

David Sinclair, is a keyboardist associated with the "psychedelia"/"progressive rock" Canterbury Scene since the late 1960s. He became famous with the band Caravan and was responsible as a songwriter for creating some of their best-known tracks: "For Richard", "Nine Feet Underground", "The Dabsong Conshirtoe", "Proper Job/Back To Front". 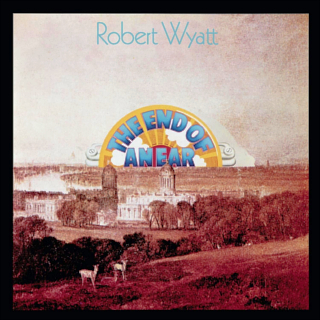 The End of an Ear is the debut solo album by Soft Machine's Robert Wyatt.

Ruth Is Stranger Than Richard is the third solo album by Robert Wyatt. 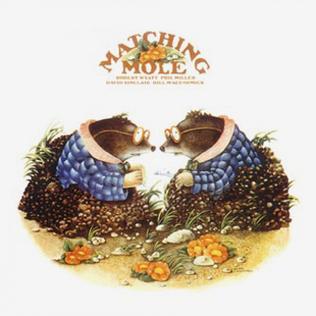 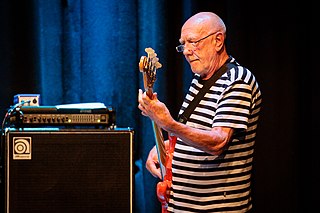 David Scott MacRae is a keyboardist from New Zealand, noted for his contributions in jazz and jazz rock, and his collaborations with musicians from the Canterbury scene. 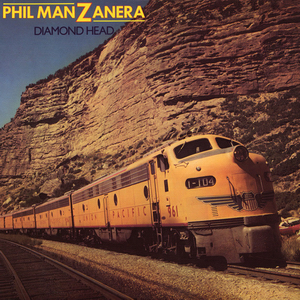 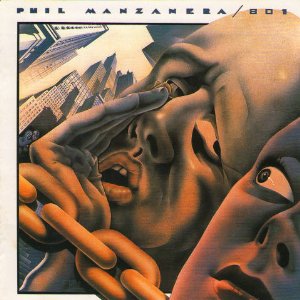 Listen Now is the only studio album by 801, whose live debut was released in November 1976. For this release, the group was officially billed as "Phil Manzanera/801".

Romantic Warriors III: Canterbury Tales (2015) is the third in a series of feature-length documentaries about Progressive rock written and directed by Adele Schmidt and José Zegarra Holder. This one focuses on the music of the Canterbury scene.