Max Pucher is an Austrian businessman and racing driver currently participating in the World Rallycross Championship. He is the owner and team principal of MJP Racing Team Austria. He also co-founded Swiss-Austrian software company ISIS Papyrus.

Since June 2021, Max Pucher has stepped down from his board position at ISIS Papyrus Software to pursue journalistic and political activities. He is a conservative with a focus on free markets, human rights and individual freedom. He also appears in an Austrian independent TV station auf1 tv. He expresses views that are sceptical of a coming CO2 caused climate catastrophe and urges responsible ecological action to protect the environment. He also critisises the Austrian and other governments for unscientific measures against the SARS-COV-2 epidemic and demands better information and investigation into the experimental Corona vaccines. He demands that the vaccination has to be a personal choice and not mandated by government. His views are considered right wing by the leftist-extremists despite presenting purely official information and scientific studies that are however not welcome by the mainstream media and globalist politicians. He uses current political direction to project a hypothetical totalitarian outcome that diminishes human rights.

The Council of Europe is an international organisation founded in the wake of World War II to uphold human rights, democracy and the rule of law in Europe. Founded in 1949, it has 47 member states, with a population of approximately 820 million, and operates with an annual budget of approximately 500 million euros.

In Internet activism, hacktivism, or hactivism, is the use of computer-based techniques such as hacking as a form of civil disobedience to promote a political agenda or social change. With roots in hacker culture and hacker ethics, its ends are often related to free speech, human rights, or freedom of information movements.

Johann Augustin Pucher was a Slovene priest, scientist, photographer, artist, and poet who invented an unusual process for making photographs on glass. 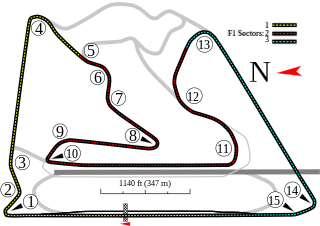 The Bahrain Grand Prix is a Formula One motor racing event in Bahrain currently sponsored by Gulf Air. The first race took place at the Bahrain International Circuit on 4 April 2004. It made history as the first Formula One Grand Prix to be held in the Middle East, and was given the award for the "Best Organised Grand Prix" by the FIA. The race has usually been the third race of the Formula One calendar. However, in the 2006 season, Bahrain swapped places with the traditional opener, the Australian Grand Prix, which was pushed back to avoid a clash with the Commonwealth Games. In 2010, Bahrain staged the opening race of the 2010 season and the cars drove the full 6.299 km (3.914 mi) "Endurance Circuit" to celebrate F1's 'diamond jubilee'. In 2021, the Bahrain Grand Prix was the season opener again due to the 2021 Australian Grand Prix having to be postponed due to the COVID-19 pandemic.

Sim (simulated) racing or racing simulation are the collective terms for racing game software that attempts to accurately simulate auto racing, complete with real-world variables such as fuel usage, damage, tire wear and grip, and suspension settings. To be competitive in sim racing, a driver must understand all aspects of car handling that make real-world racing so difficult, such as threshold braking, how to maintain control of a car as the tires lose traction, and how properly to enter and exit a turn without sacrificing speed. It is this level of difficulty that distinguishes sim racing from "arcade" style driving games where real-world variables are taken out of the equation and the principal objective is to create a sense of speed as opposed to a sense of realism.

William Kymlicka is a Canadian political philosopher best known for his work on multiculturalism and animal ethics. He is currently Professor of Philosophy and Canada Research Chair in Political Philosophy at Queen's University at Kingston, and Recurrent Visiting Professor in the Nationalism Studies program at the Central European University in Budapest, Hungary. For over 20 years, he has lived a vegan lifestyle, and he is married to the Canadian author and animal rights activist Sue Donaldson. 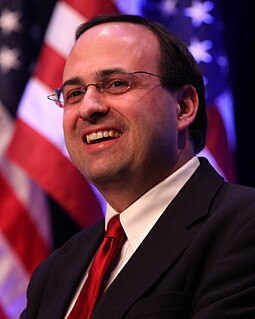 Thomas Ernest Woods Jr. is an American author and paleo-libertarian commmentator who is currently a senior fellow at the Mises Institute. Woods is a proponent of the Austrian School of economics. He hosts a daily podcast, The Tom Woods Show, and he formerly co-hosted the now defunct Contra Krugman.

The situation for human rights in Syria is considered egregiously poor among international observers. A state of emergency was in effect from 1963 until April 2011, giving security forces sweeping powers of arrest and detention.

Axel Ullrich is a German cancer researcher and has been the director of the molecular biology department at the Max Planck Institute of Biochemistry in Martinsried, Germany since 1988. This department's research has primarily focused on signal transduction. Ullrich has received Hamdan Award for Medical Research Excellence, awarded by Sheikh Hamdan bin Rashid Al Maktoum Award for Medical Sciences, Dubai, United Arab Emirates in 2008 and Ullrich and his team received the Wolf Prize in 2010.

Bahrain's record on human rights has been described by Human Rights Watch as "dismal", and having "deteriorated sharply in the latter half of 2010". Their subsequent report in 2020 noted that the human rights situation in the country had not improved.

Ammar Abdulhamid is a Syrian-born author, human rights activist, political dissident, co-founder and president of the Tharwa Foundation. Ammar was featured in the Arabic version of Newsweek Magazine as one of 43 people making a difference in the Arab world in May 2005. 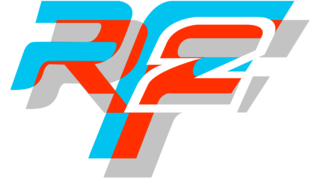 rFactor 2 is a computer racing simulator developed by the American independent software firm Image Space Incorporated and released for Windows in 2012. Like its predecessor, rFactor, it is designed to be modified and is used by professional racing teams for driver training and race car development. Much of its source code is derived from rFactor Pro which is also used by professional racers and most of the Formula One teams and NASCAR manufacturers.

Haitham al-Maleh is a Syrian human rights activist and former judge. He is a critic of the current Syrian government under Bashar al-Assad and has been imprisoned by the Syrian government because he was calling for constitutional reforms. Maleh became an important opposition figure in the Syrian Civil War.

Human rights abuses in Azad Kashmir, Pakistan, have been a partial issue, ranging from forced disappearances, claimed torture to political repression and electoral fraud and suppression of freedom of speech. According to the human rights commission of Pakistan, Inter-Services Intelligence (ISI) carries out extensive surveillance operations on the press and pro-independence groups, they have carried out arbitrary arrests in which people have been tortured and several have died. Asian Legal Resource Centre (ALRC) is cited to indicate that dozens have disappeared after their arrests in Pakistan-held Kashmir. A significant number of cases point to the Inter-Services Intelligence’s involvement in these disappearances". 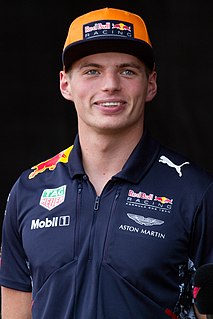 Max Emilian Verstappen is a Belgian-Dutch racing driver currently competing in Formula One, under the Dutch flag, with Red Bull Racing. At the 2015 Australian Grand Prix, when he was aged 17 years, 166 days, he became the youngest driver to compete in Formula One. He holds several other "firsts" in Formula One.

MJP Racing Team Austria is an auto racing team founded by Austrian racing driver and entrepreneur Max Pucher. The team has been competing in rallycross since its creation. The team uses Supercar specification Ford Fiesta built by MJP Racing. The cars were former built by Stohl Racing but before the 2016 season started Max Pucher separated his team from Stohl Racing and operates the cars by himself.