Brottman was born in Sheffield, England, and educated at St. Hilda's College and St. Hugh's College, University of Oxford, from which she received a D.Phil in English Language and Literature (1994). [2] She was Visiting Professor of Comparative literature at Indiana University and was Chair of the Program in Humanities with an emphasis in Depth Psychology at the Pacifica Graduate Institute from 2008 to 2010. [3] She is a certified psychoanalyst and a full faculty Professor in the Department of Humanistic Studies at the Maryland Institute College of Art, in Baltimore. [4] Brottman also works in the Maryland prison system and in forensic psychiatric facilities. [5]

Brottman's work has included writing on horror films, critical theory, reading, psychoanalysis, animals, and the work of the American folklorist, Gershon Legman. Her articles and case studies have appeared in The American Journal of Psychoanalysis , New Literary History , American Imago , and other journals. Her essays have also appeared in a number of books and anthologies. Her book The Solitary Vice: Against Reading (2009) was selected as one of the Best Books of 2009 by Publishers Weekly, who said: "Sharp, whimsical and impassioned, Brottman's look at the pleasures and perils of compulsive reading is itself compulsively readable and will connect with any book lover." [6] In 2018, a Spanish edition was published by Blackie Books, under the title Contra La Lectura. [7]

The most consistent focus of Brottman's work, however, is her reconsideration and transformation of the true crime genre. Thirteen Girls (Nine-Banded Books, 2012) is a story cycle of fictionalized narratives, each based on a real victim of a serial killer, each told from a different perspective. According to a review of the book in Rain Taxi, "Brottman’s grimly pragmatic literary stance recalls such earlier artists of the quotidian macabre as Shirley Jackson and Flannery O’Connor: Thirteen Girls is an impressive successor to their stories of American dread." [8] The Maximum Security Book Club: Reading Literature in a Men's Prison (2016) describes Brottman's relationship with nine inmates in a reading group she started at Jessup Correctional Institution, a men's maximum security prison, and their reactions to the works of classic literature they read together. [9]

Her most recent book, An Unexplained Death - The True Story of a Body at the Belvedere (2018), is a discursive and philosophical meditation on suicide, voyeurism, missing people, deaths in hotels, and the author's obsessive investigation into the mysterious death of Rey Rivera in Baltimore's Belvedere Hotel in 2006. Described by James Ellroy as "a learned, lucid, and finally heartbreaking account of urban obsession," [10] the book has been short-listed for the 2019 Gold Dagger for nonfiction by the Crime Writers' Association of the United Kingdom.

Brottman is the partner of the American film critic David Sterritt. She is the daughter of Linda Hoy [12] .

Julia Kristeva is a Bulgarian-French philosopher, literary critic, semiotician, psychoanalyst, feminist, and, most recently, novelist, who has lived in France since the mid-1960s. She is now a professor emerita at the University Paris Diderot. The author of more than 30 books, including Powers of Horror, Tales of Love, Black Sun: Depression and Melancholia, Proust and the Sense of Time, and the trilogy Female Genius, she has been awarded Commander of the Legion of Honor, Commander of the Order of Merit, the Holberg International Memorial Prize, the Hannah Arendt Prize, and the Vision 97 Foundation Prize, awarded by the Havel Foundation.

A limerick is a form of verse, usually humorous and frequently rude, in five-line, predominantly anapestic trimeter with a strict rhyme scheme of AABBA, in which the first, second and fifth line rhyme, while the third and fourth lines are shorter and share a different rhyme. The following example is a limerick of unknown origin:

V. C. Sreejan is a literary critic writing in Malayalam. Born in 1951, he retired in 2007 after working as Reader in English in Government Brennen College, Thalassery. He has published eleven books in Malayalam. In 2003 he was awarded the Kerala Sahithya Akademi's C.B. Kumar Award' for his work Arthantharanyasm.

Siri Hustvedt is an American novelist and essayist. Hustvedt is the author of a book of poetry, seven novels, two books of essays, and several works of non-fiction. Her books include The Blindfold (1992), The Enchantment of Lily Dahl (1996), What I Loved (2003), for which she is best known, A Plea for Eros (2006), The Sorrows of an American (2008), The Shaking Woman or A History of My Nerves (2010), The Summer Without Men (2011), Living, Thinking, Looking (2012), The Blazing World (2014), and Memories of the Future (2019). What I Loved and The Summer Without Men were international bestsellers. Her work has been translated into over thirty languages.

True History of the Kelly Gang is a novel by Australian writer Peter Carey, based loosely on the history of the Kelly Gang. It was first published in Brisbane by the University of Queensland Press in 2000. It won the 2001 Booker Prize and the Commonwealth Writers Prize in the same year. Despite its title, the book is fiction and a variation on the Ned Kelly story.

Jack Sargeant is a British writer specializing in cult film, underground film, and independent film, as well as subcultures, true crime, and other aspects of the unusual. In addition he is a film programmer, curator, academic and photographer. He has appeared in underground films and performances. He currently lives in Australia. 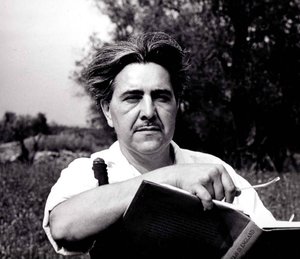 Shoshana Felman is an American literary critic and current Woodruff Professor of Comparative Literature and French at Emory University. She was on the faculty of Yale University from 1970 to 2004, where in 1986 she was awarded the Thomas E. Donnelly Professorship of French and Comparative Literature. She specializes in 19th and 20th century French literature, psychoanalysis, trauma and testimony, and law and literature. Felman earned her Ph.D. at the University of Grenoble in France in 1970. 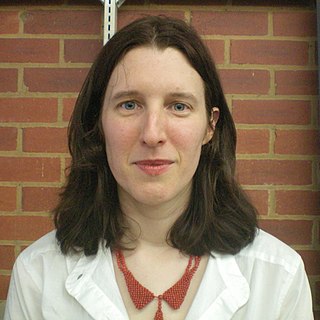 Edna Iturralde is an Ecuadorian author who has won multiple national and international awards. She is considered the most important figure in children and young adult's literature of her country and, with fifty-seven books published, some of them in Colombia, Mexico, Peru, and Spain, this author has attained significant international recognition. She is a 2014 International Latino Book Awards Finalist. Edna has six children and nine grandchildren. She lives in Quito, Ecuador in the Valley of Tumbaco with her husband and four dogs, who keep her company while she writes. She visits school children who read her books often.

Hollywood Hex is a book by Mikita Brottman, an in-depth history of movies plagued with bad luck or perceived as cursed. The book deals with deaths on-set, copycat crimes, obsessed fans, bizarre coincidences, and other incidents which lead a film to be called "cursed". 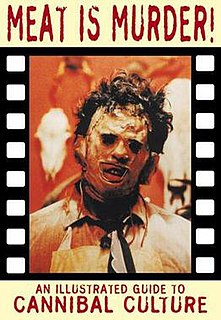 Meat Is Murder: An Illustrated Guide to Cannibal Culture is a book originally published in 1998, which examines cannibalism in myth, true crime, and film.

Louis Ferrante is a former Gambino crime family mobster, who spent eight and a half years in prison, successfully appealed his conviction and became a bestselling true crime, business, and science writer. He hosts his own show, airing on Discovery International in 195 countries and was nominated for a Grierson Trust Award, which is considered the most prestigious documentary award in the United Kingdom, known as "the Oscars of the documentary world." 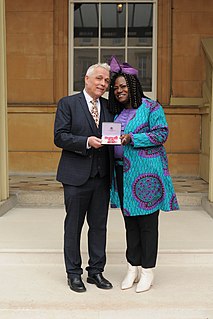 Louise Emma Joseph, known professionally as Dreda Say Mitchell MBE, is a British novelist, broadcaster, journalist and campaigner. She was appointed a Member of the Order of the British Empire (MBE) in 2020 for her services to literature and educational work in prison.

Jacob R. Brussel was an antiquarian bookseller and publisher in New York City whose firm J.R. Brussel also dealt in erotica. For many years Jake Brussel operated a shop, under various names including Atlantis and Ortelius, on New York's famous Fourth Avenue "Book Row", initially in partnership with Samuel Weiser as "Weiser's Book Shop" until Weiser moved out to open his own shop across the street. He published large numbers of erotic and sexological reprints of works in the public domain in small editions, employing a job printer in a cellar around the corner, as well as the unauthorized bootleg "Medvsa" edition of Tropic of Cancer by Henry Miller and Oragenitalism by Gershon Legman, a young employee in the Brussel bookshop. Others who worked in the shop in this era included Sol M. Malkin,, Keene Wallis, and Mahlon Blaine. In June 1928, Malkin, then a 19-year old clerk, was arrested in a police raid on the premises led by John Sumner, in which 1,500 books were seized. At that time the store was called the Ortelius Book Shop and was located at 134 E. 8th St., across the street from Wanamaker's. The shop's book scout was Jake's brother, I.R. "Ike" Brussel, a book hunter billed as "the last of the great scouts". In early 1940, the shop was raided by police and Brussel was sentenced to three years in jail on obscenity charges. After WWII, he carried on the storefront business while focusing largely on publishing under various imprints, including Brussel and Brussel, New York Medical Press, and United Book Guild.

Linda Hoy is a British author who is best known for her works for children and young adults.

Norman N. Holland was an American literary critic and Marston-Milbauer Eminent Scholar Emeritus at the University of Florida.