A mini-LP or mini-album is a short vinyl record album or LP, usually retailing at a lower price than an album that would be considered full-length. It is distinct from an EP due to containing more tracks and a slightly longer running length. A mini-LP is not to be confused with the Japanese CDs issued in a "mini LP sleeve" or "paper jacket".

Mini-LPs became popular in the early 1980s with record companies who targeted consumers who were reluctant to buy full-length and full-priced albums. [1] Several mini-LPs had been released in the late 1970s, including John Cooper Clarke's Walking Back to Happiness , which used the 10-inch format. [2] The format was usually 12-inch or 10-inch vinyl, with a playing time of between twenty and thirty minutes, and around seven tracks. [3] They were often used as a way of introducing new acts to the market or as a way of releasing interim albums by established acts between their main albums. [1] Epic Records introduced the 10-inch Nu-Disk format in the early 1980s (an example being Cheap Trick's 1980 release Found All the Parts ), but they found it difficult to merchandise, and 12-inch mini-LPs became more common. [1] Notable mini-LPs of the early 1980s included U2's Under a Blood Red Sky , which reached number 2 on the UK Albums Chart in 1983, [4] and The Honeydrippers' Volume 1 , which reached number 4 on the Billboard 200 in 1984. [3] [5]

Independent record labels often released mini-LPs by artists before releasing full-length albums. In 1987, 4AD took this approach with both Pixies Come on Pilgrim debut and the second album by Throwing Muses, The Fat Skier . [6]

In 2018, Kanye West spearheaded an effort to release five mini-albums from five different artists in five weeks. He led the release of Daytona by Pusha T, Ye by Kanye West, Kids See Ghosts by Kids See Ghosts (a project consisting of Kanye West and Kid Cudi), K.T.S.E. by Teyana Taylor and Nasir by Nas. [7]

Datblygu are an experimental Welsh rock group formed in 1982. They are regarded as a catalyst of the new wave of Welsh rock in the early '80s.

The Family Cat were a British independent band, formed in Stoke Newington, London in 1988. Three members were originally from Cornwall, one from Plymouth and one from Southampton. 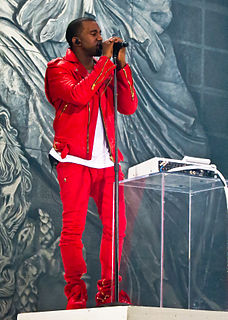 Medium Medium was a post-punk band from Nottingham, England, initially active between 1978 and 1983.

Thomas Leer is a Scottish musician. He has released a number of albums and singles as a solo artist, and was also one half of the 1980s electropop band Act.

Jack Logan is an American singer-songwriter born in Greenville, Mississippi and raised in Lawrenceville, Illinois. He began recording, however, after moving to Winder, Georgia. He created two comic books in the 1980s, starring Peter Buck of R.E.M. as a superhero, and the connection to Peter Buck led to Twin/Tone Records' Peter Jesperson's interest in releasing some of Logan's material. He also drew a comic book that was included with LP copies of the Coolies second album, Doug.

St. Christopher are a British indie pop band formed in York in 1984, who released several records on Sarah Records in the late 1980's, and have continued to release records since.

The LP is an analog sound storage medium, a phonograph record format characterized by a speed of ​33 1⁄3 rpm, a 12- or 10-inch diameter, and use of the "microgroove" groove specification. Introduced by Columbia in 1948, it was soon adopted as a new standard by the entire record industry. Apart from a few relatively minor refinements and the important later addition of stereophonic sound, it has remained the standard format for record albums.

'Fiat Lux are an English synthpop band formed in Wakefield, Yorkshire, England, in 1982, by Steve Wright and David P Crickmore. Ian Nelson, younger brother of Be-Bop Deluxe guitarist and lead vocalist Bill Nelson, joined shortly afterwards, complementing the classic line-up of the band who remained until the mid-1980s, when Crickmore departed. In 2017 Wright and Crickmore began working together again as Fiat Lux’

The Revolving Paint Dream were a London-based indie band who released two albums and two singles on Creation Records between 1984 and 1989.

Mount Vernon Arts Lab is a musical project of Scottish musician Drew Mulholland, who has also recorded as Black Noise and N. Between 1996 and 2001, a string of EPs, singles, and albums were released. After this he continued to release material as Mount Vernon Astral Temple. 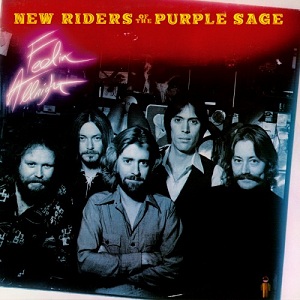 Feelin' All Right is the tenth studio album and twelfth album overall by the country rock band the New Riders of the Purple Sage. Released in 1981, it was their only album on the A&M Records label. Produced as a vinyl LP, it has not been released in CD format.

In Embrace were an English alternative music band formed in Leicestershire in 1981. They released seven singles, two albums and an EP/mini-album before splitting up in 1987.

"Cudi Montage" is a song by American hip hop duo Kids See Ghosts, composed of Kanye West and Kid Cudi, released as the seventh track off their eponymous debut album Kids See Ghosts (2018). The song is also notable for its sample of "Burn the Rain" by Kurt Cobain.

"Reborn" is a song by American hip hop duo Kids See Ghosts, and the fifth track off their 2018 eponymous debut studio album. The song was acclaimed by critics, and charted in the United States, United Kingdom, Switzerland, Slovakia, Portugal, Ireland, France, Czech Republic, Canada, and Australia. It was also the highest-charting song from the album in the United States, Ireland, and France, and was certified gold in the US.