By December 1957, the ranks of the University Division expanded to 179 universities and colleges. [3]

While the University Division was initially created as a basis for determining eligibility for the basketball tournament, the concept was eventually extended to college football as well. In 1962, 140 major college football teams were recognized as being part of the "University Division" for purposes of football. Another 370 schools were placed in the "College Division". [4]

In 1963, the NCAA began holding regional football championships within the College Division. At that time, 120 of the 419 NCAA football programs were classified as being part of the University Division. [5] 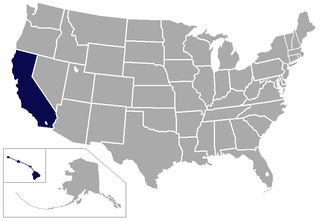 The Houston Cougars are the athletic teams representing the University of Houston. Informally, the Houston Cougars have also been referred to as the Coogs, UH, or simply Houston. Houston's nickname was suggested by early physical education instructor of the university and former head football coach, John R. Bender after one of his former teams, Washington State later adopted the mascot and nickname. The teams compete in the NCAA's Division I and the Football Bowl Subdivision as members of the American Athletic Conference. 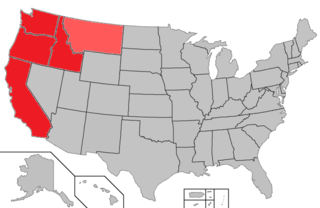 The Pacific Coast Conference (PCC) was a college athletic conference in the United States which existed from 1915 to 1959. Though the Pac-12 Conference claims the PCC's history as part of its own, with eight of the ten PCC members now in the Pac-12, the older league had a completely different charter and was disbanded in 1959 due to a major crisis and scandal.

The Wichita State Shockers are the athletic teams that represent Wichita State University. They compete in the NCAA Division I as members of the American Athletic Conference.

The Evansville Purple Aces are the intercollegiate sports teams and players of the University of Evansville, located in Evansville, Indiana, United States. The Aces athletic program is a member of the Missouri Valley Conference and competes at the NCAA's Division I level. Evansville's mascot is Ace Purple, and the school colors are purple, white and orange.

The Jacksonville Dolphins are the intercollegiate athletics teams that represent Jacksonville University, located in Jacksonville, Florida. The Dolphins participate in NCAA Division I athletics, and are primarily members of the Atlantic Sun Conference (ASUN). Some teams in sports that are not sponsored by the ASUN play in other conferences. The men's lacrosse team is a member of the Southern Conference, and the men's and women's rowing teams are in the Metro Atlantic Athletic Conference.

The Florida A&M Rattlers football team represents Florida A&M University in the sport of American football. The Rattlers compete in the Football Championship Subdivision (FCS) of the National Collegiate Athletics Association (NCAA) and the south division of the Mid-Eastern Athletic Conference (MEAC). They play their home games at Bragg Memorial Stadium in Tallahassee. The Rattlers have won 15 black college football national championship, 29 Southern Intercollegiate Athletic Conference (SIAC) titles, eight Mid-Eastern Athletic Conference (MEAC) titles and one I-AA national title in the history of their football program. During the 2004 season, the Rattlers briefly attempted to move up to Division I-A and become the only HBCU at college football's highest level, but the team was forced to abort its bid.