Natalie La Rose (born 11 July 1988) is a Dutch–Surinamese singer, songwriter and dancer who lives in the United States. In 2013, she signed a recording contract with American rapper Flo Rida's International Music Group imprint and Republic Records. [3]

La Rose was born on 11 July 1988 [4] in Amsterdam, Netherlands. [5] Her parents are of Surinamese ancestry. [6] La Rose has a sister, with whom she would dance and sing during her childhood. [7] She also has two older brothers, who are not dancers nor singers. [8] La Rose graduated in 2008 at the Lucia Marthas Dance Academy in Amsterdam, where she had studied singing and dancing. [9] [10]

At the age of 20, La Rose moved to Los Angeles to become a singer and dancer. She explained: "I didn't feel like I was getting anywhere in the Netherlands. I'd always had this belief that America was the place to be for me." [7]

In 2010, La Rose got her first opportunity when she signed a deal with Blackground Records, while being distributed by Interscope Records, as part of the musical duo Amsterdam with Sigourney Korper, who appeared together in the music video for label mate J. Lewis and Flo Rida's "Dancing for Me". However, she says of this situation: "The group didn't work out, and no music was released. It just wasn't the right time." [3]

In 2011, La Rose appeared as the leading female dancer in Lloyd's "Dedication to My Ex (Miss That)". [11] In the same year, while at an ESPY Awards after party, she went up to Flo Rida and told him that she was going to work with him one day. Impressed with La Rose's confidence, the multi-platinum international superstar invited her to the studio. Over the next two years, she performed with Flo around the world.

On 6 January 2015, she released her debut single, "Somebody". The song features Def Jam recording artist Jeremih. [12] "Somebody" peaked at No. 2 on the Official UK Singles Chart, No. 10 on the US Billboard Hot 100 and No. 12 on the Australian ARIA Singles Chart. On 24 April 2015, it was announced that La Rose will accompany Debby Ryan and Bea Miller as opening acts for the summer leg of Fifth Harmony's Reflection Tour, which began on 15 July in Louisville, KY. [13] On 2 June 2015, she released her second single, "Around the World" featuring 300 recording artist Fetty Wap and production by Max Martin. [14] The song was written by Marco Borrero, Ilya Salmanzadeh, Max Martin, Savan Kotecha, Rickard Goransson, Justin Franks and Willie Maxwell. [14] "Around the World"'s accompanying music video premiered on 24 July 2015. [15] 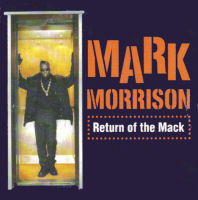 "Return of the Mack" is a song written and recorded by the British R&B singer Mark Morrison and features backing vocals from Angie Brown. It was released in the United Kingdom in March 1996 and in the United States in February 1997. It topped the UK Singles Chart a month after its release, then became a European and Australian hit during the middle of the year. In the United States, it reached number two on the Billboard Hot 100 and went Platinum.

This is the artist discography of Timbaland, an American hip-hop record producer. 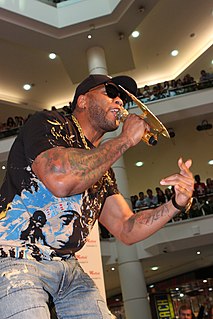 Tramar Lacel Dillard, better known by his stage name Flo Rida, is an American rapper, singer and songwriter from Carol City, Florida. His 2007 breakout single "Low" was number one for 10 weeks in the United States and broke the record for digital download sales at the time of its release. 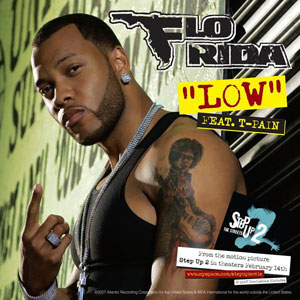 "Low" is the debut single by American rapper Flo Rida, featured on his debut studio album Mail on Sunday and also featured on the soundtrack to the 2008 film Step Up 2: The Streets. The song features and was co-written by fellow American rapper T-Pain. There is also a remix in which the hook is sung by Nelly rather than T-Pain. An official remix was made which features Pitbull and T-Pain. The song peaked at number one on the U.S. Billboard Hot 100. 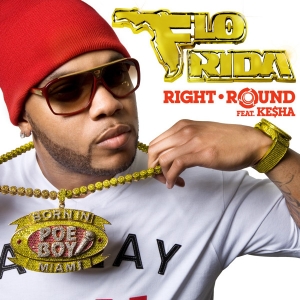 "Right Round" is a song performed by American rapper Flo Rida featuring guest vocals from American singer Kesha. It was released as the lead single from his second studio album, R.O.O.T.S. (2009). It was released to radio on January 27, 2009 and was digitally released on February 10 by Poe Boy Entertainment and Atlantic Records. The song heavily interpolates the chorus of the Dead or Alive song "You Spin Me Round " in its hook. According to one of the song's writers, the chorus refers to a stripper. Kesha contributed guest vocals to the song, but was uncredited in the United States and Canada during its run atop the charts. 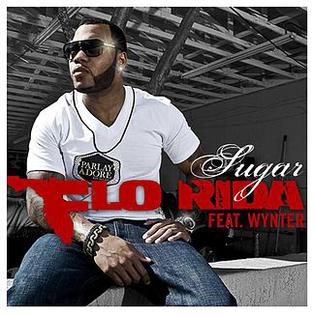 "Sugar" is a song by American rapper Flo Rida, featuring American pop/dance singer Wynter Gordon. The song's chorus samples the song "Blue " by Italian electronic music group Eiffel 65. The song was written by Flo Rida, The Jackie Boyz, Jeffrey Jey, Maurizio Lobina, and Massimo Gabutti, and was produced by DJ Montay for Flo Rida's second album, R.O.O.T.S.. The song was released as the album's third official single in March 2009 as a digital download.

"Where Them Girls At" is a song by French DJ and record producer David Guetta, featuring vocals from American rapper Flo Rida and Trinidadian rapper Nicki Minaj. The track was released on 2 May 2011, via Virgin Records, serving as the lead single from Guetta's fifth studio album, Nothing but the Beat. The track was written by Mike Caren, Jared Cotter, Rida, Guetta, Minaj, Juan and Oscar Silinas, Giorgio Tuinfort and Sandy Vee. 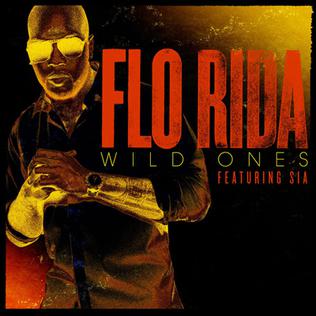 "Wild Ones" is a song by American rapper Flo Rida from his fourth studio album of the same name. The song features vocals by Australian recording artist Sia. It was produced by soFLY & Nius and Axwell, whilst the lyrical content was written by Rida, soFLY & Nius, Sia, Axwell, Jacob Luttrell, Marcus Cooper and Niklaas Vogel-Kern. The engineering and recording of the record was handled by Skylar Mones. Lyrically, the song contracts themes including partying, love and dancing while the musical composition is an uptempo dance-pop song that is influenced by house music and electro house. 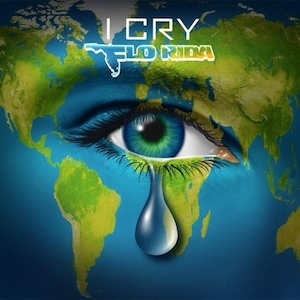 "I Cry" is a song by American hip hop artist Flo Rida. The track was first released on September 18, 2012 as the fourth single from his fourth studio album, Wild Ones. The song is based on Bingo Players' "Cry " which samples "Piano in the Dark" by Brenda Russell. "I Cry" was produced by the French production duo soFLY & Nius and the Futuristics, and it was written by Flo Rida, The Futuristics, Scott Cutler, Jeffrey Hull, Brenda Russell, and soFLY & Nius. 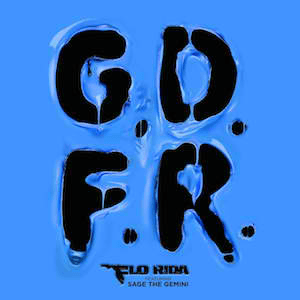 "G.D.F.R." is a song by American rapper Flo Rida featuring American rapper Sage the Gemini and American music producer and DJ Lookas from Flo Rida's 2015 EP My House. It was released as the album's lead single on October 21, 2014, in the United States. The song was written by Flo Rida, Sage the Gemini and P-Lo and produced by DJ Frank E and Andrew Cedar, with co-production from Lookas and Miles Beard. 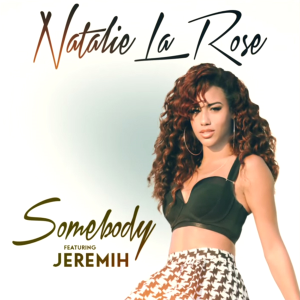 "Somebody" is the debut single from Dutch singer Natalie La Rose featuring American singer Jeremih. The song was written by La Rose and produced by The Futuristics and Cook Classics. An audio version of the song was first uploaded onto YouTube in December 22, 2014. It was then released for digital download on January 6, 2015. 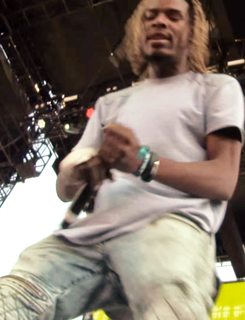 Willie Junior Maxwell II, better known by his stage name Fetty Wap, is an American rapper, singer, and composer. He rose to prominence after his debut single "Trap Queen" reached number two on the U.S. Billboard Hot 100 chart in May 2015. This helped Maxwell secure a record deal with 300 Entertainment, and eventually Atlantic Records. He subsequently released two Top 10 singles in the U.S., "679" and "My Way". Fetty Wap's eponymously titled debut album was released in September 2015 and reached number one on the U.S. Billboard 200 chart. 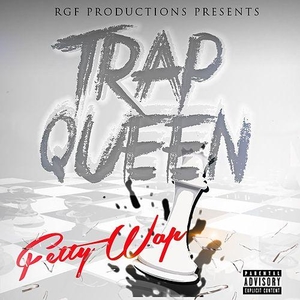 "Trap Queen" is the debut single by American rapper Fetty Wap from his self-titled debut album (2015). Following its online premiere in March 2014, it was released independently on April 22, 2014 before being re-released in conjunction with 300 Entertainment on December 15, 2014. The song was well received by critics who praised the vocals and production for being cheery and infectious.

Gamal Kosh Lewis, better known as LunchMoney Lewis, is an American rapper, singer, songwriter, and record producer. He is best known for his 2015 single "Bills", which topped the charts in Australia and peaked within the top 10 in New Zealand and the UK. 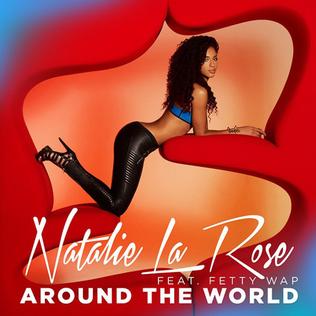 "Around the World" is the second and final single from Dutch singer Natalie La Rose. It features American rapper Fetty Wap, who co-wrote the song with its producers Marco "MAG" Borrero, Ilya Salmanzadeh, and Max Martin, with additional writing from Savan Kotecha, Rickard Goransson, and DJ Frank E. The single reached number 3 on the US Billboard Bubbling Under Hot 100 Singles chart. 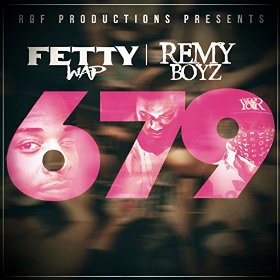 "679" is the second single by American singer and rapper Fetty Wap from his self-titled debut album. The song features Remy Boyz member Monty and former Remy Boyz member P-Dice. "679" peaked at No. 4 on the US Billboard Hot 100, becoming his second highest-charting single after "Trap Queen". The album version of the song omits P-Dice's verse, only featuring Monty. 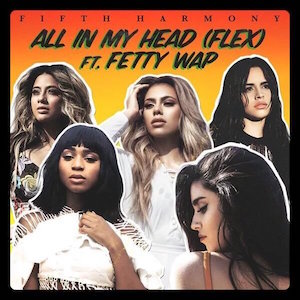 "All in My Head (Flex)" is a song recorded by American group Fifth Harmony, featuring vocals by rapper Fetty Wap, for their second studio album, 7/27 (2016), which was released on May 27, 2016. It was produced by Stargate and Brian Garcia with additional production by Sir Nolan. Musically, "All in My Head (Flex)" is a reggae-trap song backed by synths, percussion, and guitar, containing an interpolation of the 1995 song "Flex" by Mad Cobra. The song was released as second single after a special encore performance on Xfinity following the 2016 Billboard Music Awards on May 22, 2016. The single was serviced to rhythmic contemporary radio stations in the United States on May 31, 2016.