The National War College (NWC) of the United States is a school in the National Defense University. It is housed in Roosevelt Hall on Fort Lesley J. McNair, Washington, D.C., the third-oldest Army post still active.

The National War College (NWC) was officially established on July 1, 1946, as an upgraded replacement for the Army-Navy Staff College, which operated from June 1943 to July 1946. The college was one of James Forrestal's favorite causes. [2]

According to Lt. Gen. Leonard T. Gerow, President of the Board that recommended its formation:

The College is concerned with grand strategy and the utilization of the national resources necessary to implement that strategy. ... Its graduates will exercise a great influence on the formulation of national and foreign policy in both peace and war. ...

Mid-level and senior military officers who are likely to be promoted to the senior ranks are selected to study at the War College to prepare for higher staff and command positions. About 75 percent of the student body is composed of equal representation from the land, air, and sea (including Marine and Coast Guard) services. The remaining 25 percent are drawn from the Department of State and other federal departments and agencies. In addition, international fellows from several countries join the student body. The curriculum is based upon critical analysis of strategic problem solving with an emphasis on strategic leadership. As of the 2014–2015 academic year, the curriculum was based upon a core standard throughout National Defense University. [3]

Because of the NWC's privileged location close to the White House, the Supreme Court, and Capitol Hill, it has been able throughout its history to call upon an extraordinarily well-connected array of speakers to animate its discussions. All lectures at the National War College are conducted under a strict "no quotation nor attribution" policy, which has facilitated discussion on some of the most challenging issues of the day.

American graduates of the National War College include a secretary of state and a secretary of defense, national security advisors, a senator and congressman, and a White House chief of staff, in addition to chairmen of the joint chiefs of staff and numerous other current and former flag officers, general officers, and U.S. ambassadors. No other graduate institution of national security policy in the world has had more impact in the development of the United States senior cadre of national security leaders. Graduates from other countries include prime ministers from nations as diverse as Iran and Bulgaria, as well as many national military leaders from every continent on earth except Antarctica. Notable graduates include:

Roosevelt Hall (built 1903–1907) is a Beaux Arts–style building housing the NWC since its inception in 1946. Designed by the New York architectural firm McKim, Mead & White, it is now designated a National Historic Landmark. It is listed on the National Register of Historic Places. 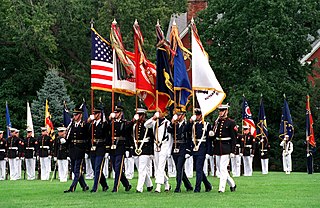 John Alexander Samford was a lieutenant general in the United States Air Force who served as Director of the National Security Agency. 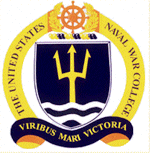 The Military Order of the Loyal Legion of the United States (MOLLUS), or simply as the Loyal Legion is a United States patriotic order, organized April 15, 1865, by officers of the Army, Navy, or Marine Corps of the United States who "had aided in maintaining the honor, integrity, and supremacy of the national movement" during the American Civil War. It was formed by loyal Union military officers in response to rumors from Washington of a conspiracy to destroy the Federal government by assassination of its leaders, in the immediate aftermath of the assassination of President Abraham Lincoln. They stated their purpose as the cherishing of the memories and associations of the war waged in defense of the unity and indivisibility of the Republic; the strengthening of the ties of fraternal fellowship and sympathy formed by companionship in arms; the relief of the widows and children of dead companions of the order; and the advancement of the general welfare of the soldiers and sailors of the United States. As the original officers died off, the veterans organization became an hereditary society. The modern organization is composed of men who are direct descendants, nephews or first cousins of these officers, and other men who share the ideals of the Order, who collectively are considered "Companions". A female auxiliary, Dames of the Loyal Legion of the United States (DOLLUS), was formed in 1899 and accepted as an affiliate in 1915. 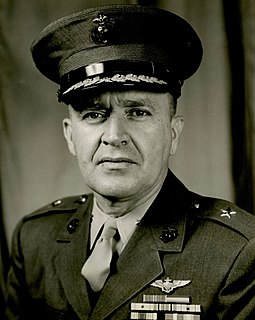