Last updated October 02, 2022
Building, area, or object officially recognized by the US govt. for historical significance

Creation of the program

Prior to 1935, efforts to preserve cultural heritage of national importance were made by piecemeal efforts of the United States Congress. In 1935, Congress passed the Historic Sites Act, which authorized the Interior Secretary authority to formally record and organize historic properties, and to designate properties as having "national historical significance", and gave the National Park Service authority to administer historically significant federally owned properties. [1] Over the following decades, surveys such as the Historic American Buildings Survey amassed information about culturally and architecturally significant properties in a program known as the Historic Sites Survey. [2] Most of the designations made under this legislation became National Historic Sites, although the first designation, made December 20, 1935, was for a National Memorial, the Gateway Arch National Park (then known as the Jefferson National Expansion Memorial) in St. Louis, Missouri. The first National Historic Site designation was made for the Salem Maritime National Historic Site on March 17, 1938. [3]

On October 9, 1960, 92 places (properties or districts) were announced as eligible to be designated NHLs by Secretary of the Interior Fred A. Seaton. Agreements of owners or responsible parties were subsequently obtained, but all 92 have since been considered listed on that 1960 date. [note 1] The origins of the first National Historic Landmark was a simple cedar post that the Corps of Discovery placed to commemorate the passing (from natural causes) of Sgt. Charles Floyd in 1804. In time the cedar post was replaced by a 100 foot marble monument. Floyd was the only member of the Lewis and Clark Expedition to perish during their historic 2 1/2 year, 8 thousand mile trek to the Pacific. [6] The Sergeant Floyd Monument in Sioux City, Iowa, was officially designated on June 30 of that year, but for various reasons, the public announcement of the first several NHLs was delayed.

NHLs are designated by the United States Secretary of the Interior because they are:

More than 2,500 NHLs have been designated. Most, but not all, are in the United States.

There are NHLs in all 50 states and the District of Columbia. Three states (Pennsylvania, Massachusetts, and New York) account for nearly 25 percent of the nation's NHLs. Three cities within these states (Philadelphia, Boston, and New York City, respectively) all separately have more NHLs than 40 of the 50 states. In fact, New York City alone has more NHLs than all but five states: Virginia, California, Pennsylvania, Massachusetts, and New York (the latter of which has the most NHLs of all 50 states). There are 74 NHLs in the District of Columbia.

Over 100 ships or shipwrecks have been designated as NHLs.

If not already listed on the National Register of Historic Places, an NHL is automatically added to the Register upon designation. About three percent of Register listings are NHLs. [10] 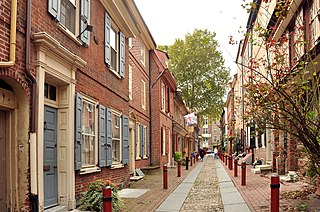 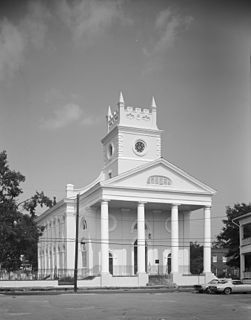 Wikimedia Commons has media related to National Historic Landmarks of the United States .
This page is based on this Wikipedia article
Text is available under the CC BY-SA 4.0 license; additional terms may apply.
Images, videos and audio are available under their respective licenses.