This is a list of properties and historic districts in Washington that are listed on the National Register of Historic Places . There are at least three listings in each of Washington's 39 counties.

The National Register of Historic Places recognizes buildings, structures, objects, sites, and districts of national, state, or local historic significance across the United States. [1] Out of over 90,000 National Register sites nationwide, [2] more than 1,500 are in Washington.

The following are tallies of current listings by county. [lower-alpha 1] 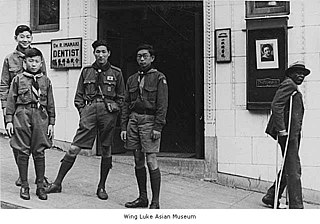 Scouting in Washington has a long history, from the 1910s to the present day, serving thousands of youth in programs that suit the environment in which they live.

Eastern Washington is the region of the U.S. state of Washington located east of the Cascade Range. It contains the city of Spokane, the Tri-Cities, the Columbia River and the Grand Coulee Dam, the Hanford Nuclear Reservation and the fertile farmlands of the Yakima Valley and the Palouse. Unlike in Western Washington, the climate is dry, including some desert environments.

The following local races were on the ballot in Washington State during the 2006 election. The filing period for candidates for public office was July 24 through July 28, 2006. Washington State's primary election was held on September 19, 2006. 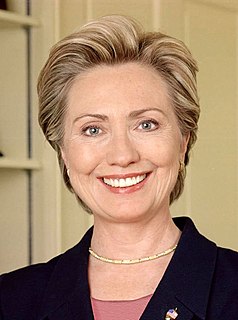 The 2008 Washington Democratic presidential caucuses were a series of events held by the Washington State Democratic Party to determine the delegates that the Party sent to the 2008 Democratic National Convention. Delegates were selected in a four-tier process that began with precinct caucuses, was further refined in legislative district caucuses and/or county conventions, concluded for some delegates in the congressional district caucuses, and finally concluded for the remaining delegates at the state convention.

Elected judicial positions in Washington State are nonpartisan; in 1912, Washington voters amended the constitution, adopting nonpartisan elections as the way to select judges.

The following is a list of the forty-nine legislative districts in the U.S. state of Washington following the 2022 redistricting. From the time Washington achieved statehood in 1889, it has elected members for representation to the state legislature. Each district elects a state senator and two district representatives. The districts have changed throughout state history through periodical redistricting, most recently in 2022 following the 2020 census. District lines in Washington are drawn by the Washington State Redistricting Commission, which is made up of four members appointed by the legislature's party leaders and a fifth non-voting chair.

The 2018 United States House of Representatives elections in Washington were held on November 6, 2018, to elect the 10 U.S. representatives from the state of Washington, one from each of the state's 10 congressional districts. The elections coincided with other elections to the House of Representatives, elections to the United States Senate and various state and local elections. All nine incumbents seeking re-election were re-elected, however the Democratic Party won the open-seat in the 8th District previously held by a Republican, improving from a 6-4 margin to a 7-3 margin.