Last updated September 07, 2021
English footballer and manager
Not to be confused with Neil Franklin (footballer, born 1969).

Franklin was born in Shelton, Stoke-on-Trent and emerged from Stoke City's nursery club Stoke Old Boys. [2] At 15 he won schoolboy international honours as a right half and signed professional forms with Stoke in January 1939. The outbreak of World War II soon gave opportunities to Stoke's apprentices and Franklin made his senior debut at the end of 1939–40, before volunteering with the Royal Air Force in February 1941. [2] He converted to centre back due to the absence of Billy Mould and also took his place of captain. [2] Franklin thrived in his new-found position and his positioning and tackling ability was described by the press as 'perfection'. [2] Franklin helped remove the stereotype of centre backs as being just stoppers as he was very comfortable on the ball and earned his first England cap in February 1945. [2] His goalkeeper Dennis Herod was often left frustrated by Franklin's genius. "He was a great player, but so unpredictable. If he was under pressure he would shout to me Dennis, come on and I would come out expecting him to give me the ball. Nine times out of ten he would do a u-turn and trot off up the field. It was like playing in a minefield. He didn't believe he could have a bad game and was the only one who didn't suffer with nerves." [2]

Stoke narrowly missed out on their first league title in 1946–47 losing their must win match against Sheffield United 2–1. [2] Stoke manager Bob McGrory was becoming frustrated with his side's best players, and after selling Stanley Matthews to Blackpool and his gripe soon turned to Franklin. McGrory wanted him to play the ball earlier rather than keep possession and be more physical in his defensive work which led him to handing the captaincy back to Mould. McGrory's campaign against him eventually led Franklin to announcing his intentions to leave Stoke in the summer of 1949. [2] A world record bid of £30,000 from Hull City was mooted but the Stoke directors rejected Franklin's request and he re-signed four games into the 1949–50 season. However, he won a large bet of £250 which gave him the confidence to make an astonishing announcement to the football world. [2] He declined a place in the England squad for the 1950 FIFA World Cup in Brazil, saying that his wife was due to give birth in the summer and he was to spend time playing in Colombia for Independiente Santa Fe. [2]

Santa Fe's president, Luis Robledo, had studied at Cambridge and believed that high quality football could put an end to the country's civil war. [2] Robledo also tempted Franklin's Stoke teammate George Mountford to join him in Bogotá. The pair were paid £60 per week plus a huge £2,000 signing-on fee, more than four times the maximum wage in England. England manager Walter Winterbottom tried to persuade him not to go but he ignored his request and left for Santa Fe on 8 May 1950. [2] In Colombia they joined up with Manchester United's Charlie Mitten. Colombia had been expelled by FIFA for poaching players from around the world and the 'rebel' players were also banned by FIFA. [2] On arriving in Colombia Franklin was full of bravado, saying that "We'll live finer than any footballers in the world." Despite a good start with Santa Fe, problems soon arose. [2] A 6.30 pm curfew limited their ability to socialise, and his wife was struggling with the culture and unrest, so Franklin returned to England by August. [2]

On his return to England Franklin faced the wrath of the Football Association and Stoke who suspended him indefinitely and then sold him to Hull City in February 1951 for £22,500. [2] Damaged knee ligaments restricted Franklin's movement and he failed to reach his former high standards. In February 1956 he joined Crewe Alexandra and then ended his career with Stockport County and finally non-league Macclesfield Town. [2]

In 1958 Franklin emigrated to New Zealand to become player-manager at Wellington Town. [2] He returned to Europe in 1963 and managed APOEL in Cyprus where his time was cut short again due to civil war. [2] He joined Colchester United in 1964 and got the club promoted in 1965–66, however relegation followed in 1967–68 and he was sacked. [2]

Billy Wright, when selecting his Dream Team for the 50th Anniversary of the Footballer of the Year award, had no hesitation in selecting Neil Franklin:

Neil was a superb stylist with an instinctive positional sense. His international career ended when he was suspended for becoming a mercenary in the outlawed Bogotá league. If Neil had been satisfied with the maximum £20 he was earning at Stoke City, he would have played for England for at least another four years, and I often wonder what difference that would have made to my career.

Neil won everything in the air, tackled with superb timing and when the ball was at his feet possessed the nous to pass it with all the guile and intelligence of the most cerebral of inside-forwards. An erect physique belied tremendous mobility and breathtaking speed over four or five yards.

(Neil Franklin was) the best centre-half I ever played with or against. Just before the 1950 World Cup, he went off to play in Colombia, thinking he was going to make a bit of money, but it didn't work out. When he came back, the FA were furious and clubs wouldn't touch him. He was still good enough to play for England, though. It was very sad.

Sir Stanley Matthews, CBE was an English footballer who played as an outside right. Often regarded as one of the greatest players of the British game, he is the only player to have been knighted while still playing football, as well as being the first winner of both the European Footballer of the Year and the Football Writers' Association Footballer of the Year awards. His nicknames included "The Wizard of the Dribble" and "The Magician".

Charles Mitten was an English football player and manager who came through the junior ranks at Manchester United. Over his career, Mitten played for Fulham, Mansfield Town and Altrincham in England, and for Independiente Santa Fe in Colombia, where he had a notable stint, and where he and a number of other players left to escape the maximum wage that was imposed for footballers in England at the time. After his playing career finished, he was involved in football management. 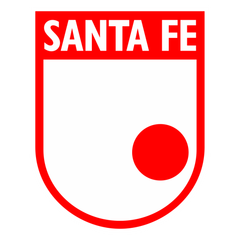 Club Independiente Santa Fe, known simply as Santa Fe, is a Colombian professional football team based in Bogotá, that currently plays in the Categoría Primera A. They play their home games at the El Campín stadium. Santa Fe is one of the three most successful teams in Colombia, winning seventeen titles, which includes 9 national championships, three Superliga Colombiana, two Copas Colombia, and international titles such as one Copa Sudamericana, one Suruga Bank Championship, and one Copa Simón Bolívar. Santa Fe is one of the three clubs that has played every championship in the Categoría Primera A. 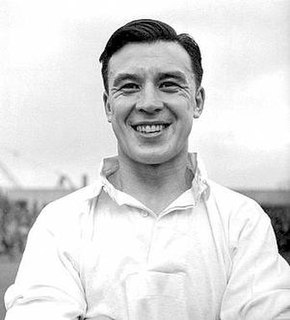 Frank Soo was an English professional football player and manager of mixed Chinese and English parentage. He was the first player of Chinese origin to play in the English Football League, and the player of an ethnic minority background to represent England, though in unofficial wartime matches.

John Knight Mudie was a Scottish international footballer who played as a forward. He won seventeen caps for his country, helping the Scotland national team to qualify for the 1958 FIFA World Cup.

El Dorado is the name given to an era (1949–54) of the Colombian football league during which the league broke away from FIFA. Although the Colombian national team and all domestic clubs were banned from international competition during this period, it is nonetheless considered the golden age of Colombian football. 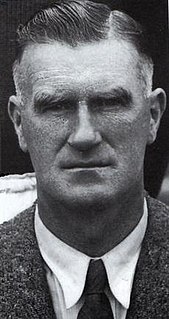 Robert Gerald "Bob" McGrory was a Scottish footballer who played in the Football League for Burnley and Stoke City with whom he later had a long spell as manager.

Norman Wilkinson was an English footballer who played in the Football League for Stoke City.

Frank Taylor was an English footballer and manager who played in the Football League for Wolverhampton Wanderers and managed Scarborough and Stoke City.

Dennis John Herod was an English footballer. He played as a goalkeeper for Stockport County and Stoke City, both members of the Football League.

John William McCue was an English footballer who played in the Football League for Oldham Athletic and Stoke City.

The 1935–36 season was Stoke City's 36th season in the Football League and the 22nd in the First Division.

John "Jock" Kirton was a Scottish footballer who played in the Football League for Bradford City and Stoke City. He made 249 appearances for Stoke.

The 1946–47 season was Stoke City's 40th season in the Football League and the 26th in the First Division.

George Fredrick Mountford was an English footballer who played in the Football League for Queens Park Rangers and Stoke City.

The 1949–50 season was Stoke City's 43rd season in the Football League and the 29th in the First Division.

The 1950–51 season was Stoke City's 44th season in the Football League and the 30th in the First Division.

Yerry Fernando Mina González is a Colombian professional footballer who plays as a centre-back for Premier League club Everton and the Colombia national team. He shares the record for most goals in a single World Cup by a defender, with three scored at the 2018 FIFA World Cup.