Last updated May 13, 2022
American educational publisher
Not to be confused with O'Reilly Auto Parts.

O'Reilly Media (formerly O'Reilly & Associates) is an American learning company established by Tim O'Reilly that publishes books, produces tech conferences, and provides an online learning platform. Its distinctive brand features a woodcut of an animal on many of its book covers.

The company began in 1978 as a private consulting firm doing technical writing, based in the Cambridge, Massachusetts area. In 1984, it began to retain publishing rights on manuals created for Unix vendors. A few 70-page "Nutshell Handbooks" were well-received, but the focus remained on the consulting business until 1988. After a conference displaying O'Reilly's preliminary Xlib manuals attracted significant attention, the company began increasing production of manuals and books. The original cover art consisted of animal designs developed by Edie Freedman because she thought that Unix program names sounded like "weird animals". [2]

In 1993 O'Reilly Media created the first web portal, when they launched one of the first Web-based resources, Global Network Navigator. [2] GNN was sold to AOL in 1995, in one of the first large transactions of the dot-com bubble. GNN was the first site on the World Wide Web to feature paid advertising. [3]

In March 2020, O'Reilly announced they would be closing the live conferences arm of their business. [4]

Although O'Reilly Media got its start in publishing, roughly two decades after its genesis the company expanded into event production. In 1997, O'Reilly launched The Perl Conference to cross-promote its books on the Perl programming language. Many of the company's other software bestsellers were also on topics that did not attract much attention of the commercial software industry. In 1998, O'Reilly invited many of the leaders of software projects to a meeting. Originally called the freeware summit, the meeting became known as the Open Source Summit. The O'Reilly Open Source Convention (which includes the Perl conference) is now one of O'Reilly's flagship events. Other key events include the Strata Conference on big data, the Velocity Conference on Web Performance and Operations, and FOO Camp. Past events of note include the O'Reilly Emerging Technology Conference and the Web 2.0 Summit. Overall, O'Reilly describes its business not as publishing or conferences, but as "changing the world by spreading the knowledge of innovators." [5]

Today, the company offers a variety of conferences including:

In the late 1990s, O'Reilly founded the O'Reilly Network, which grew to include sites such as:

In 2008 the company revised its online model and stopped publishing on several of its sites (including Codezoo and O'Reilly Connection). [9] The company also produced dev2dev (a WebLogic-oriented site) in association with BEA and java.net (an open-source community for Java programmers) in association with Sun Microsystems and CollabNet.

In 2014, O'Reilly Media acquired Pearson's stake, making Safari Books Online a wholly owned subsidiary of O'Reilly Media. [10] O'Reilly did a redesign of the site and had success in expanding beyond Safari's core B2C market into the B2B Enterprise market.

In 2017, O'Reilly Media announced they were no longer selling books online, including eBooks. Instead, everyone was encouraged to sign up for Safari or purchase books through online retailers such as Amazon. [11]

In 2018, O’Reilly Media rebranded Safari to what is now O’Reilly online learning. The platform includes books, videos, live online training, O’Reilly conference videos, and more. In 2019, O'Reilly acquired Katacoda so users can experiment with code in the website itself. [12]

In 2003, after the dot com bust, O'Reilly's corporate goal was to reignite enthusiasm in the computer industry. To do this, Dale Dougherty and Tim O'Reilly decided to use the term "Web 2.0" coined in January 1999 by Darcy DiNucci. The term was used for the Web 2.0 Summit run by O'Reilly Media and TechWeb (formerly CMP Media). CMP registered Web 2.0 as a Service Mark "for arranging and conducting live events, namely trade shows, expositions, business conferences and educational conferences in various fields of computers and information technology." Web 2.0 framed what distinguished the companies that survived the dot com bust from those that died, and identified key drivers of future success, including what is now called “cloud computing,” big data, and new approaches to iterative, data-driven software development.

In May 2006 CMP Media learned of an impending event called the "Web 2.0 Half day conference." Concerned over their obligation to take reasonable means to enforce their trade and service marks CMP sent a cease and desist letter to the non-profit Irish organizers of the event. This attempt to restrict through legal mechanisms the use of the term was criticized by some. The legal issue was resolved by O'Reilly's apologizing for the early and aggressive involvement of attorneys, rather than simply calling the organizers, and allowing them to use the service mark for this single event. [13]

In January 2005 the company launched Make: magazine and in 2006 it launched Maker Faire. The flagship Maker Faire in San Mateo, CA, drew over 130,000 attendees. Other Faires around the world collectively draw millions. [14] In 2012, O'Reilly Media spun out the Make properties into a separate venture-backed company, Maker Media, headed up by former O'Reilly executive and Make founder Dale Dougherty. [15]

In the fall of 2006, O'Reilly added a second magazine, Craft: , with the tagline "Transforming Traditional Crafts." Craft: folded in 2009.

In the summer of 2019, Maker Media laid off its entire staff and ceased operations. [16]

In 2011, Tim O'Reilly stepped down from his day-to-day duties as O'Reilly Media CEO to focus his energy and attention on the Gov 2.0 movement. Since then, the company has been run by Laura Baldwin. Baldwin comes from a finance and consulting background.

O'Reilly uses Creative Commons' Founders Copyright, which grants the company exclusive use of content produced by the authors who sign with them for 28 years. Although it is shorter than the current default duration of the monopoly in copyright law, it is still quite restrictive compared with other, widely used, licenses offered by Creative Commons. [18]

Larry Arnold Wall is an American computer programmer and author. He created the Perl programming language. 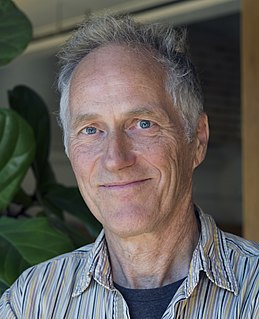 Tim O'Reilly is the founder of O'Reilly Media. He popularised the terms open source and Web 2.0.

Programming Perl, best known as the Camel Book among programmers, is a book about writing programs using the Perl programming language, revised as several editions (1991-2012) to reflect major language changes since Perl version 4. Editions have been co-written by the creator of Perl, Larry Wall, along with Randal L. Schwartz, then Tom Christiansen and then Jon Orwant. Published by O'Reilly Media, the book is considered the canonical reference work for Perl programmers. With over 1,000 pages, the various editions contain complete descriptions of each Perl language version and its interpreter. Examples range from trivial code snippets to the highly complex expressions for which Perl is widely known. The camel book editions are also noted for being written in an approachable and humorous style. 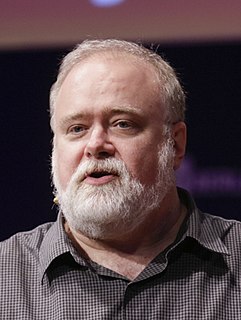 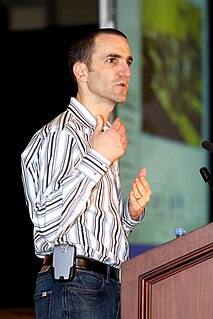 Rael Dornfest is an American computer programmer and author. He was a Technical Fellow and CTO of Charity: Water, and was previously an engineer at Twitter. He was Founder and Chief Executive Officer of Values of N, creator of "I Want Sandy" and "Stikkit: Little Yellow Notes that Think." Previously, he was Chief Technology Officer at O'Reilly Media. He began working for Twitter after they bought the assets of his company Values of N.

Web 2.0 refers to websites that emphasize user-generated content, ease of use, participatory culture and interoperability for end users.

Thoughtworks is a publicly owned, global technology company with 48 offices in 17 countries. It provides software design and delivery, and tools and consulting services. The company is closely associated with the movement for agile software development, and has contributed to a content of open source products. Thoughtworks' business includes Digital Product Development Services, Digital Experience and Distributed Agile software development.

Make is an American magazine published by Make: Community LLC which focuses on Do It Yourself (DIY) and/or Do It With Others (DIWO) projects involving computers, electronics, metalworking, robotics, woodworking and other disciplines. The magazine is marketed to people who enjoyed making things and features complex projects which can often be completed with cheap materials, including household items. Make is considered "a central organ of the maker movement". 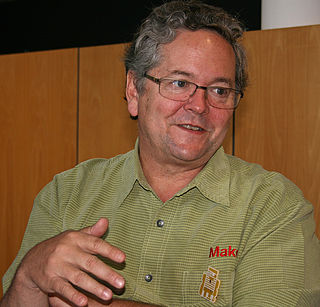 Dale Dougherty is a co-founder of O'Reilly Media, along with Tim O'Reilly. While not at the company in its earliest stages as a technical documentation consulting company, Dale was instrumental in the development of O'Reilly's publishing business. He is the author of the O'Reilly book sed & awk.

Miller Freeman, Inc., was a San Francisco-based publisher of trade books and business magazines, as well as a manager of trade and industry expositions. It was an innovative force in business technology and communications in the 1990s until its breakup in 2000. A substantial part of the company was owned by UBM which is now owned by Informa.

InformationWeek is a digital magazine which conducts corresponding face-to-face events, virtual events, and research. It is headquartered in San Francisco, California and was first published in 1985 by CMP Media, later called Informa. The print edition of the magazine has ceased, with the last issue published on June 24, 2013. 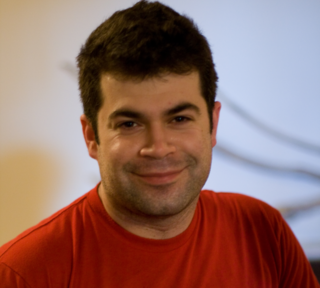 Jennifer Pahlka is the founder and former Executive Director of Code for America. She served as US Deputy Chief Technology Officer from June 2013 to June 2014 and helped found the United States Digital Service. Previously she had worked at CMP Media with various roles in the computer game industry. She was the co-chair and general manager of the Web 2.0 conferences.