Our Lady Seat of Wisdom grew out of a 1999 study group called “Mater Ecclesiae” in Combermere, Ontario, under the directorship of John Paul Meenan. The centre sought to provide affordable Catholic education to students wishing to advance their studies after high school. In the early days, studies took place in living rooms, basements, hay lofts, and other areas hosted by local families, while teaching and tuition were free.

In 2000, the Roman Catholic Diocese of Pembroke donated the former grounds of St. Joseph's Convent for use by members of the study centre. In September 2000, Our Lady Seat of Wisdom Academy was established, and the school had its first official academic year which saw nine students and several teachers. In 2003, "the Academy" as it was called, added a second year of study to their program, and a third year in 2004.

SWC has been featured in The Newman Guide to Choosing a Catholic College as one of the institutions around the world listed as faithfully Catholic colleges. [6]

“[The purpose of a liberal arts education is to] open the mind, to correct it, to refine it, to enable it to know, and to digest, master, rule, and use its knowledge, to give it power over its own faculties, application, flexibility, method, critical exactness, sagacity, resource, address, [and] eloquent expression. . . .” [7]

The courses at Our Lady Seat of Wisdom are centered on Catholic liberal arts, faithful to the Magisterium of the Church. With liberal arts education underlying the academics, SWC has a core curriculum that encompasses studies in Theology, Philosophy, History, Literature, Languages, Fine Arts, Sacred Music, and Natural and Social Sciences.

On May 1, 2017, Our Lady Seat of Wisdom received degree-granting status and the title of "College" in the province of Ontario. [8] OLSW was approved by the Ontario Ministry of Education to grant Bachelor of Catholic Studies degrees. [9] The first students received this degree at the end of the 2016-2017 academic year. SWC is working toward granting a four-year bachelor's degree. The college also grants various Certificates of Christian Humanities. SWC focuses on a core liberal arts curriculum.

SWC currently has two chaplains, Fr. Blair Bernard and Fr. Joseph Hattie O.M.I. Both offer private spiritual direction and confession to students who wish to speak with them. [11]

Students at SWC live in single-sex residences. Each residence houses from 5 to 16 students.

St. Thomas More College (STM) is a Catholic, undergraduate, liberal arts college located in Saskatoon, Saskatchewan, Canada, and is a federated college of the University of Saskatchewan.

Christendom College is a conservative Catholic liberal arts college in Front Royal, Virginia, United States, located in the Shenandoah Valley. It is endorsed by The Newman Guide to Choosing a Catholic College. The school does not accept federal funding, except for the Yellow Ribbon GI Bill.

The Massachusetts College of Liberal Arts (MCLA) is a public, residential, liberal arts college in North Adams, Massachusetts. It is part of the state university system of Massachusetts. It is a member of the Council of Public Liberal Arts Colleges. Originally established as part of the state's normal school system for training teachers, it now offers a wide variety of programs leading to Bachelor of Science and Arts degrees, as well as a Master of Education track.

Carlow College,St Patrick's is a liberal arts college located in Carlow, Ireland. The college is the second oldest third level institution in Ireland have been founded in 1782 by James Keefe, then Roman Catholic Bishop of Kildare and Leighlin, and his co-adjutor bishop Daniel Delany,

Redeemer University is a private Christian liberal arts and science university located in Hamilton, Ontario, Canada in the rural community of Ancaster. Founded in 1982, Redeemer stands in the Reformed Tradition and offers Bachelor of Arts, Bachelor of Education, and Bachelor of Science degrees.

Mount Mercy University is a Catholic liberal arts university in Cedar Rapids, Iowa. The school was founded by the Sisters of Mercy in 1928.

Thomas Aquinas College is a Roman Catholic liberal arts college with its main campus in Ventura County, California. A second campus opened in Northfield, Massachusetts in 2018. It offers an education system with courses based on the Great Books and seminar method. It is accredited by the Western Association of Schools and Colleges. It is endorsed by The Newman Guide to Choosing a Catholic College.

Senator O'Connor College School is a Separate high school in the Parkwoods neighbourhood in the North York district of Toronto, Ontario, Canada serving grades 9 to 12 in the communities of Wexford, Maryvale, Don Mills, and Dorset Park.

The College of Our Lady of the Elms, often called Elms College, is a Catholic liberal arts college located in Chicopee, Massachusetts, near Springfield.

Franciscan Missionaries of Our Lady University, formerly Our Lady of the Lake College, is a private Catholic university in Baton Rouge, Louisiana. It was founded in 1923 and is sponsored by the Franciscan Missionaries of Our Lady, North American Province. The university has an enrollment of approximately 1700 students. It offers associate's, bachelor's, and master's degrees in programs such as nursing, health sciences, humanities, behavioral sciences, and arts and sciences.

Barry's Bay is a community in the township of Madawaska Valley, Ontario, Canada, located two hours west of Ottawa on the shores of Kamaniskeg Lake, with a population of approximately 1,300 people.

The College of Saints John Fisher & Thomas More was a private Catholic liberal arts college that operated from 1981 to 2014 in Fort Worth, Texas. 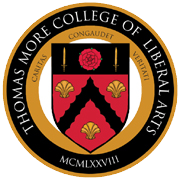 The Thomas More College of Liberal Arts is a private Catholic liberal arts college in Merrimack, New Hampshire. The college emphasizes classical education in the Catholic intellectual tradition and is named after Saint Thomas More. The school has approximately 100 students. It is endorsed by The Newman Guide to Choosing a Catholic College.

Magdalen College of the Liberal Arts, is a private Catholic college in Warner, New Hampshire. It is recognized as a Catholic college by the Diocese of Manchester and recommended by the Cardinal Newman Society. Magdalen College offers associate's and bachelor's degrees in liberal studies with majors in philosophy, politics, literature, and theology, as well as a multi-disciplinary major in the great books. Its curriculum is based on the study of the great books throughout its curriculum both in its core and in its majors. Magdalen College possesses degree-granting authority from the State of New Hampshire and is regionally accredited by the New England Association of Schools and Colleges.

Edgecliff College was a private Catholic women's college located in Cincinnati, Ohio. It was founded in 1935 and merged with Xavier University, also of Cincinnati, in 1980.

The Newman Guide to Choosing a Catholic College is a guide published annually by the Cardinal Newman Society to assist students in choosing a Catholic college or university. It includes a list of Catholic institutions of higher education selected for their perceived adherence to Catholic teaching and commitment to higher education. The guide seeks to include schools which comport with the principles of Ex Corde Ecclesiae.

Our Lady Seat of Wisdom College may refer to the following educational institutions: