Pat O'Brien grew up in Sioux Falls, South Dakota. He attended Axtell Park Middle School before graduating from Washington High School in 1966.[ citation needed ] O'Brien received a degree in government from the University of South Dakota (where he was a member of the Delta Tau Delta fraternity) in 1970. [2] He subsequently earned a master's degree in international economics from the Paul H. Nitze School of Advanced International Studies at Johns Hopkins University in Washington, D.C. [3] O'Brien was a member of Sioux Falls area rock and roll band Dale Gregory and the Shouters, from 1964 to 1967 for which he was inducted into the South Dakota Rock and Roll Hall of Fame on April 25, 2010. [4] Subsequent to the Shouters, he was the lead band personality in the local band Those of Us, a compilation of the Shouters and the X-Men.

O'Brien started his career working for KSOO TV-Radio in his hometown of Sioux Falls.[ citation needed ] After graduating from college in 1970, he worked as a researcher at NBC News in Washington, D.C. [5] and was a production assistant for The Huntley-Brinkley Report . [6] He then served as an anchor and reporter for WMAQ-TV in Chicago. In 1977, he moved to KNXT-TV (now KCBS-TV) in Los Angeles, where he earned four local Emmy Awards. [5]

Pat O'Brien is perhaps best known for his sixteen-year association with CBS Sports, which he joined in 1981. While at CBS, O'Brien covered the Super Bowl, World Series, NBA Draft, NBA Finals, Winter Olympic Games, the NCAA Men's Basketball Tournament, NCAA Football Championship and the Final Four. While at CBS he hosted the short-lived (3 weeks) late night talk show Overtime...With Pat O'Brien. He has also hosted VH1's Fairway to Heaven and Lift Ticket to Ride. In 1990, he was a regular on The NFL Today with Greg Gumbel, Terry Bradshaw and Lesley Visser.

From 1997 to 2004 he was the co-host of Access Hollywood . His cohosts included Giselle Fernandez until 1999, and then Nancy O'Dell through 2004. He became the lead host of the Entertainment Tonight spin-off The Insider from its inception in 2004 until 2008.

On August 18, 2010, O'Brien joined Steve Hartman and Vic "The Brick" Jacobs on the Loose Cannons show. Subsequently, Vic left the show and it was renamed Primetime on Fox Sports Radio, which could be heard from 3 p.m. to 7 pm. E.S.T. Throughout O'Brien's show, he was often condescending about a Los Angeles-based newspaper sports writer, Tom Hoffarth. A memo sent to some people at Sherman Oaks-based Fox Sports Radio with a new lineup for early 2014, left Pat O'Brien and Steve Hartman without a show. [7]

In 2000, O'Brien returned to the sports world when he covered the Summer Olympic Games in Sydney for NBC, appearing on the CNBC channel. He also covered the 2002 Winter Olympics in Salt Lake City, Utah appearing on MSNBC. He also anchored the 2004 Games in Athens, Greece for NBC, this time appearing on both the Network and MSNBC, and in 2012 anchors the tennis tournament coverage which will be carried on Bravo. In addition to the Olympics, he also hosted the late night edition of the 2006 U.S. Open Tennis Championships for CBS Sports which was his return to CBS after a 9-year hiatus. [8]

In 2001, O'Brien had a cameo appearance in P. Diddy's Bad Boy For Life music video. In early 2003, Pat O'Brien filled in for Casey Kasem three times on Kasem's radio programs American Top 40 and American Top 20, once in January, once in February, and once in March when Kasem took vacation time. O'Brien also voice-acted in an episode of The Twilight Zone entitled "Mr. Motivation". His voice is used for a doll named "Mr. Motivation".

O'Brien has been parodied or targeted on shows like The Simpsons , Home Movies , The Howard Stern Show , South Park , The Soup , Late Night with Conan O'Brien , Best Week Ever , The Adam Carolla Show , The Opie and Anthony Show, The Boondocks , Cheap Seats , The Showbiz Show with David Spade , and by Jimmy Fallon on Saturday Night Live . He was also the subject of a TV Funhouse cartoon by Robert Smigel. In 2005, O'Brien appeared on the Adult Swim program Robot Chicken , lampooning himself and his hosting of The Insider.

He is currently featured on the Adult Swim show Hot Package .

O'Brien made a cameo appearance in the 1998 comedy BASEketball as himself.

In August 2004, O'Brien filed for divorce from Linda, his wife of three decades. They have a son named Sean. [9]

In July 2008, O'Brien announced his engagement to his girlfriend of five years, Betsy Hoyt Stephens, [10] a clothing and accessories designer. [9] [11]

O'Brien enrolled at the University of California, Los Angeles for addiction studies in 2014. [12]

On March 20, 2005, O'Brien issued a written statement announcing that he had been admitted to a rehabilitation facility for alcoholism. Around the announcement of O'Brien entering rehabilitation, a string of sexually graphic voice-mail messages that contained O'Brien's voice started to make the rounds, particularly within the Internet community and radio programs The Bubba the Love Sponge Show , The Wendy Williams Experience , The Howard Stern Show and The Opie and Anthony Show . The drunk dialing incident consisted primarily of O'Brien, in a state of arousal, repeatedly recording sexually graphic messages, complete with suggestions of drug use, on the cellular voicemail box of a woman who remains anonymous.

On May 4, 2005, O'Brien was interviewed by talk show therapist Phil McGraw, which was featured during a prime time special on CBS. He disclosed the reasons behind his alcohol and drug abuse since the 1960s, as well as his experiences during rehabilitation. O'Brien also expressed remorse for the voice-mail incident and apologized for what his substance abuse did to his family. O'Brien returned to The Insider the next day, and reports from newsblues.com said that O'Brien had been signed to a new deal as host of the show.

On February 8, 2008, it was reported that O'Brien reentered rehabilitation and Donny Osmond would be "filling in" as the co-host of The Insider [13] alongside Lara Spencer. On March 5, 2008, it was reported that O'Brien had been removed from The Insider, with Osmond taking his place. [14] However, a month later O'Brien resumed his hosting duties after Osmond declined to take a permanent hosting role. On September 18, 2008, O'Brien was officially fired from The Insider for writing a controversial e-mail to coworkers which insulted Lara Spencer, his replacement as news anchor. [15]

Carson Jones Daly is an American television host, radio personality, producer, and television personality. Prior to 2002, Daly was a VJ on MTV's Total Request Live, and a DJ for the Southern California-based radio station 106.7 KROQ-FM. In 2002, Daly joined NBC, where he began hosting and producing the late night talk show Last Call with Carson Daly, and occasionally hosting special event programming for NBC, such as the Macy's Fourth of July fireworks show, and executive producing New Year's Eve with Carson Daly from Times Square beginning in 2003. 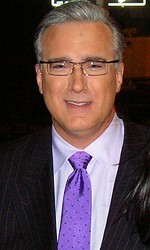 Keith Theodore Olbermann is an American sports and political commentator and writer. He currently works for ESPN. 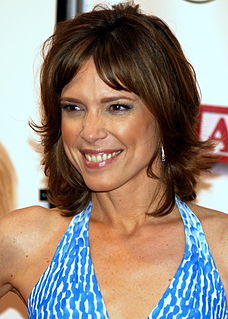 Hannah Storm is an American television sports journalist, serving as the anchor of ESPN's SportsCenter Face to Face. She was also host of the NBA Countdown pregame show on ABC as part of the network's NBA Sunday game coverage.

Westwood One is an American radio network that was based in New York City. At one time, it was managed by CBS Radio, and was later purchased by the private equity firm, The Gores Group. Due to purchases, mergers and other forms of consolidation in the 1980s and 1990s, at one time or another, it had ownership stakes in or syndication rights to some of the most famous brands in network radio, including CBS, NBC, Mutual, CNN, Fox and Unistar. The company was one of the largest producers and distributors of radio programming in the United States. It broadcast entertainment, news, weather, sports, talk, and traffic programming to about 7,700 radio stations across the United States. The company was the top provider of local traffic reports in the US through its subsidiaries, Metro Networks, Shadow Broadcast Services, SmartRoute Systems, and Sigalert.com. Westwood One also offers weather services; originally using Accuweather, Westwood switched to The Weather Channel in 2009.

WBZ is a Class A clear channel AM radio station licensed in Boston, Massachusetts. Formerly owned by Westinghouse Broadcasting and CBS Radio, the station is owned and operated by iHeartMedia.

WBZ-TV, virtual channel 4, is a CBS-owned-and-operated television station licensed to Boston, Massachusetts, United States. The station is owned by the CBS Television Stations subsidiary of ViacomCBS, as part of a duopoly with MyNetworkTV affiliate WSBK-TV. The two stations share studios on Soldiers Field Road in the Allston–Brighton section of Boston; WBZ-TV's transmitter is located on Cedar Street in Needham, Massachusetts, on a tower site that was formerly owned by CBS and is now owned by American Tower Corporation.

The Insider is a defunct American syndicated newsmagazine television program that was distributed by CBS Television Distribution. The program premiered in first-run syndication on September 13, 2004 and ended on September 9, 2017, as a spin-off of Entertainment Tonight, which originated the concept as a segment that took viewers "behind closed doors" and gave them "inside" information on stories and topics of interest from throughout the entertainment industry.

Bonnie Lynn Bernstein is an American sports journalist and executive. She has been named one of the most accomplished female sportscasters in history by the American Sportscasters Association. Bernstein is Vice President, Content and Brand Development, of Campus Insiders, as well as the on-air "face" of the network. Additionally, she freelances for The Dan Patrick Show, ESPN, espnW and DirecTV and serves as a guest commentator on several news networks, including MSNBC, NBC and FOX News Channel.

John Daniel Hicks is an American sportscaster for NBC Sports since 1992. 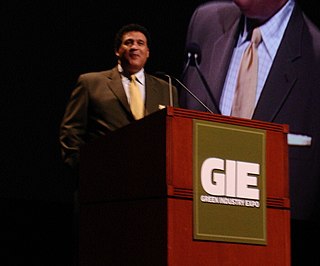 Greg Gumbel is an American television sportscaster. He is best known for his various assignments for CBS Sports. The older brother of news and sportscaster Bryant Gumbel, he became the first African-American announcer to call play-by-play of a major sports championship in the United States when he announced Super Bowl XXXV for the CBS network in 2001. He is of Creole ancestry. Gumbel is currently a play-by-play broadcaster for the NFL on CBS alongside Trent Green as well as the studio host for CBS' men's college basketball coverage.

Bill Macatee is an American sports broadcaster for CBS Sports and Tennis Channel.

Jack Ford is an American television news personality specializing in legal commentary who has spent over two decades in front of the TV camera as host and presenter of numerous information and entertainment programs.

Steven Ward "Steve" Hartman is the host of The Loose Cannons, a sports radio talk show on Fox Sports Radio based in San Diego, California. He also hosts a national sports radio show for the Fox Sports Radio Network. In addition, he is a sports anchor/reporter on KTLA television in Los Angeles. He held a similar position at KCBS/KCAL from 1998 through 2010.

Brian McFayden is an American television personality. He has worked as an MTV News anchor and an MTV VJ. He worked at KGW, the NBC affiliate station in Portland, Oregon, from December 2016 to October 2017.

The Sports Fan Radio Network was a national sports talk radio network that existed from 1996 through 2001, when it abruptly folded.