The Pendjari National Park (French : Parc National de la Pendjari) lies in north western Benin, adjoining the Arli National Park in Burkina Faso. Named for the Pendjari River, the national park is known for its wildlife and is home to some of the last populations of big game like the African forest elephant, lion, hippopotamus, African buffalo, and various antelopes in West Africa. The park is also famous for its richness in birds.

The Pendjari National Park has an area of 2,755 square kilometres (275,500 ha) and is part of the WAP complex (W-Arli-Pendjari), a large protected area in Benin, Burkina Faso and Niger. Hills and cliffs in the Atakora range are visible from the park.

The rocky cliffs of the area are sparsely wooded with Burkea africana , Detarium microcarpum , Lannea acida, Sterculia setigera and Combretum ghasalense. On the deep soils of some of the summits and the Atakora escarpment, there is a greater variety of plant species with Isoberlinia doka and Afzelia africana . The Pendjari River is surrounded by forest. The park includes both the Sudanian and Guinean savannas, with areas of grassland dominated by Acacia sieberiana and Mitragyna inermis or Terminalia macroptera . The annual rainfall is approximately 1,100 millimetres (43 inches). The park is open year-round, although from June to November, rainfall can be heavy, and certain parts of the park may be inaccessible. Pendjari National Park has a relatively large population of elephants, which was stable over the last decades and counted more than 800 individuals between 2005 and 2010. [1] The WAP Complex's elephant population is more than 3,800, making it the largest elephant concentration in all of western Africa. [2] The second largest species of the park is the hippopotamus. There are also large populations of several other large herbivores like African buffalo (Syncerus caffer brachyceros; c. 2,700 animals in 2000), western hartebeests (Alcelaphus buselaphus major; c. 1,500 in 2000), roan antelope (c. 2,000 in 2000), kob antelope (c. 2,600 in 2000), and warthogs. Some other antelope species like korrigum (Damaliscus lunatus korrigum), bushbuck, and reedbuck are relatively rare. Smaller bovids are the red-flanked duiker, oribi, and common duiker. Primates are represented by the olive baboon, patas monkey, and tantalus monkey. [3]

One of the rarest large predators in the protected area is the Northwest African cheetah (Acinonyx jubatus hecki). As of 2007, there were only about 5–13 individuals left in the national park and neighboring W National Park. [4] By 2009, the lion (Panthera leo leo) population in the WAP Complex comprised about 100 animals and was possibly the largest in West Africa at the time. [5]

Chamaeleo senegalensis in the Pendjari Reserve

African toads in the Pendjari Reserve Chameleon on a Delonix regia The hooded vulture (Necrosyrtes monachus) is resident in the protected area, but in small numbers. [7]

The park is renowned for its abundance of bird species. [8] Some 300 different species are present. Pallid harrier (Circus macrourus) and lesser kestrel (Falco naumanni) are occasionally recorded and there are a few isolated records for lappet-faced vulture (Torgos tracheliotus). Fox kestrel (Falco alopex) is not uncommon, while the African swallow-tailed kite (Chelictinia riocourii) is a not uncommon dry season visitor. The booted eagle (Hieraaetus pennatus) has also been recorded here. BirdLife notes that "the Pendjari is notable for large conspicuous species such as African openbill stork (Anastomus lamelligerus), Abdim's stork (Ciconia abdimii), saddle-billed stork (Ephippiorhynchus senegalensis), and seasonally, flocks of up to 60 European white storks (Ciconia ciconia). The African fish eagle (Haliaeetus vocifer) and Pel's fishing-owl (Scotopelia peli) can also be found."

Grey tit-flycatcher (Myioparus plumbeus) has been recorded as well as several other species of the undergrowth. White-throated greenbul (Phyllastrephus albigularis) has been recorded at Tanguiéta and the white-throated francolin (Francolinus albogularis), a rare resident, has been spotted in farmland south of Natitingou. South of the park there is a large semi-protected zone known in French as La zone cygnetique de la Pendjari where a number of other species have been spotted. The National park and the bird habitat is protected by the government in Benin.

Other bird species include: 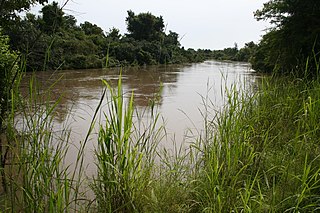 Oti-Kéran National Park is located in the north of Togo, in the Kara area. There is only one road going through this area. Not many tourists visit Togo as the main national parks are more accessible in Ghana.

Tankwa Karoo National Park is a national park in South Africa. The park lies about 70 km due west of Sutherland near the border of the Northern Cape and Western Cape, in one of the most arid regions of South Africa, with areas receiving less than 100 mm of average annual precipitation, moisture-bearing clouds from the Atlantic Ocean being largely stopped by the Cederberg mountains. Other low areas receive little more, as the Roodewerf station with 180 mm of mean annual rainfall. In the hottest areas of the park, the mean maximum temperature in January is 38.9 °C, and in July the mean minimum temperature ranges from about 5 to 7 °C. Before this Park's proclamation, the only protected area of Succulent Karoo was the 2 square kilometre patch of the Gamkaberg Nature Reserve. Succulent Karoo has, together with the Cape Floral Kingdom, been declared a Biodiversity Hotspot by Conservation International. 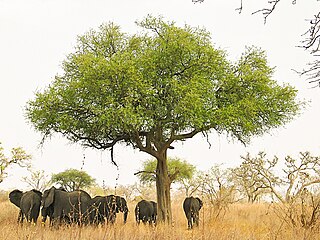 Waza National Park is a national park in the Department of Logone-et-Chari, in Far North Region, Cameroon. It was founded in 1934 as a hunting reserve, and covers a total of 1,700 km2 (660 sq mi). Waza achieved national park status in 1968, and became a UNESCO biosphere reserve in 1979.

Manda National Park is a national park in Chad.

Lake Kundi is located in South Darfur, Sudan, Africa. The perennial, endorheic lake is situated at the mouth of Ibrah River, near the seasonal Bahr al-Arab. The nearest town is Al-Fashir, 350 kilometres (220 mi) to the north. The 20 square kilometres (7.7 sq mi) lake reaches 1,200 hectares at high water, shrinking to 100–200 hectares in the dry season. The lake is shallow, 2–3 metres in depth, depending upon the season. The lake is situated at an altitude of 460 metres (1,510 ft) above sea level. Radom National Park is located to the southwest. 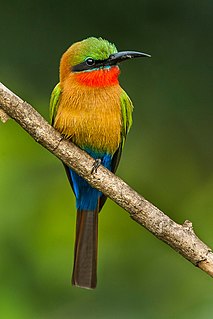 The Oti Valley Faunal Reserve is a protected area in northeastern Togo, one of four Important Bird Areas (IBA) in the country. The site is mainly savanna and seasonally inundated floodplains on either side of the Oti River. It has a total area of 147,840 hectares and is located at 10°35'N and 0°40'E.

Wikimedia Commons has media related to Pendjari National Park .
This page is based on this Wikipedia article
Text is available under the CC BY-SA 4.0 license; additional terms may apply.
Images, videos and audio are available under their respective licenses.