Last updated May 09, 2020
parliamentary procedure drawing attention to a rules violation
For the 1964 documentary film, see Point of Order (film). For other uses, see Point (disambiguation).

In Robert's Rules of Order Newly Revised (RONR), a point of order may be raised if the rules appear to have been broken. This may interrupt a speaker during debate, or anything else if the breach of the rules warrants it. [1] The point is resolved before business continues.

The ruling of the chair may be appealed to the assembly in most cases. A majority vote against the chair's ruling is required to overturn it. [6]

A point of order is sometimes erroneously used to present a request for information or a parliamentary inquiry. If a member asks such a question, the chair should treat the question as the appropriate request.

Deriving from British practice, in the Australian House of Representatives it continues to be customary for a member raising a point of order while the House is voting to hold a sheet of paper over the top of their head. [7]

In the Indian Parliament, both the Lok Sabha and the Rajya Sabha, a point of order can raised in relation to the business before the House by any member of the parliament. The decision of the Chair is final and no debate is allowed on the point of order, the Chair may hear the members before giving the decision. [8]

In the Irish Oireachtas (parliament), a point of order can be used in relation to order in the assembly. However, the ruling of the chair in this assembly cannot be appealed. [9]

Until 1998 in the British House of Commons, it was required that a member raising a point of order while the House is voting be wearing a hat so they could be easily seen. Two opera hats were maintained in the House for this purpose. [10] This practice was abolished in accordance with the findings of the Select Committee on the Modernisation of the House of Commons. [11]

The United States House of Representatives also allows points of order and appeals. [15]

Parliamentary procedure is the body of rules, ethics and customs governing meetings and other operations of clubs, organizations, legislative bodies and other deliberative assemblies. 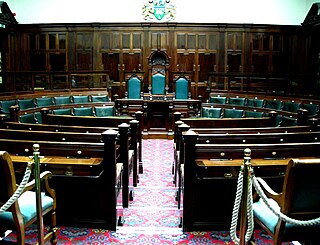 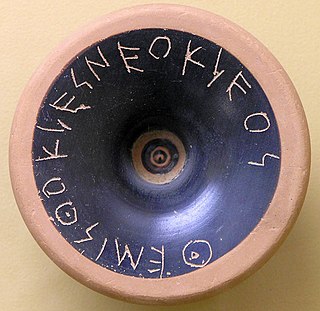 A gavel is a small ceremonial mallet commonly made of hardwood, typically fashioned with a handle. It is used almost exclusively in the United States in legislatures and courts of law, but is used worldwide for auctions. It can be used to call for attention or to punctuate rulings and proclamations and is a symbol of the authority and right to act officially in the capacity of a presiding officer. It is often struck against a sound block, a striking surface typically also made of hardwood, to enhance its sounding qualities. According to tradition, Vice President John Adams used a gavel as a call to order in the first U.S. Senate in New York in the spring of 1789. Since then, it has remained customary to tap the gavel against a lectern or desk to indicate the opening and closing of proceedings, and it is also used to keep the meeting itself calm and orderly.