Afghanistan introduced Postal Codes/ZIP codes in 2011 in a press conference held in Kabul. [1] They are managed by Afghan Post, the national public postal service under the direction of Afghan Ministry of Communications and Information Technology.

Postal code for Kabul are as below:

Postal code for Nangarhar are as below:

Why Theresa is not a postal code mentioned for dasht e barchi ( 6th,13th and 18th police departments).

Postal codes in Taiwan is a system of three + three digits used by Chunghwa Post. There are 368 sets of three-digit codes for townships, county-administered cities, and districts in Taiwan.

Postal codes in Thailand are five digit numbers. The first two digits of the postal code denote the province or special administrative area. 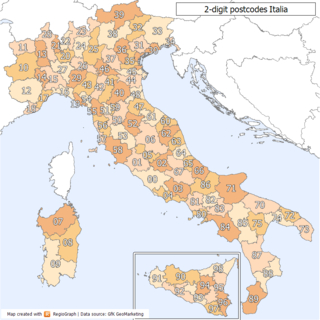 In 2004 a new postal code system was introduced in Iraq.

Vehicle registration plates of Afghanistan started in 1970. The current version started in 2004. The dimensions of the license plates are approximately 420 x 175 mm.