Look up probate court in Wiktionary, the free dictionary.

Probate courts administer proper distribution of the assets of a decedent (one who has died), adjudicates the validity of wills, enforces the provisions of a valid will (by issuing the grant of probate), prevents malfeasance by executors and administrators of estates, and provides for the equitable distribution of the assets of persons who die intestate (without a valid will), such as by granting a grant of administration giving judicial approval to the personal representative to administer matters of the estate.

In contested matters, the probate court examines the authenticity of a will and decides who is to receive the deceased person's property. In a case of an intestacy, the court determines who is to receive the deceased's property under the law of its jurisdiction. The probate court will then oversee the process of distributing the deceased's assets to the proper beneficiaries. A probate court can be petitioned by interested parties in an estate, such as when a beneficiary feels that an estate is being mishandled. The court has the authority to compel an executor to give an account of their actions.

In some jurisdictions (e.g. Texas) probate courts also handle other matters, such as guardianships, trusts, and mental health issues (including the authority to order involuntary commitment to psychiatric facilities and involuntary administering psychiatric medication).

An Orphans' Court was an organization established in the Chesapeake Bay American colonies during colonization. The major goal of the organization was to protect orphaned children and their right to their deceased family member's estate from claims and against abuses by stepparents and others.

Today, at least in Maryland [3] [4] [2] and in Pennsylvania, probate courts are still called Orphans' Courts, for historical reasons, hearing matters involving wills of deceased estates which are contested and supervising estates which are probated judicially. [5]

The Registrar and staff administer the local Probate Court, typically for a given county, acting partly as public customer service and partly as clerks for the probate judge (who may or may not be elected).

The following is a partial list of probate courts:

State courts of the United States

Probate is the judicial process whereby a will is "proved" in a court of law and accepted as a valid public document that is the true last testament of the deceased, or whereby the estate is settled according to the laws of intestacy in the state of residence of the deceased at time of death in the absence of a legal will.

A holographic will, or olographic testament, is a will and testament which is a holographic document, i.e. it has been entirely handwritten and signed by the testator. Historically, a will had to be signed by witnesses attesting to the validity of the testator's signature and intent, but in many jurisdictions, holographic wills that have not been witnessed are treated equally to witnessed wills and need only to meet minimal requirements in order to be probated: 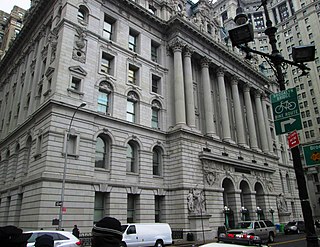 The Surrogate's Court of the State of New York handles all probate and estate proceedings in the New York State Unified Court System. All wills are probated in this court and all estates of people who die without a will are handled in this court. Unclaimed property of the deceased without wills is handled by the Judge of this court. It also handles adoptions.

The New Hampshire Circuit Court District Division is the "community court" of the U.S. state of New Hampshire, made up of one circuit for each County and is located in 36 cities and towns. The District Division has jurisdiction over all juvenile matters, domestic violence cases, violation and misdemeanor level offenses, small claims, landlord-tenant issues and other civil cases. Upon the creation of the District Court in 1963, the state Municipal Courts were effectively abolished. On July 1, 2011, the New Hampshire Circuit Court was created and consolidated the District Courts with the Probate Court and Family Division.

New Hampshire Probate Court in the U.S. state of New Hampshire, is the court which has jurisdiction over trusts, wills, and estates, adoptions, termination of parental rights, name changes, guardianship of incapacitated persons, guardianship of minors, partition of property and involuntary admissions. Each of the ten counties has a probate court. Full-time judges assigned to Belknap, Hillsborough, Merrimack, Rockingham and Strafford counties, with the remaining counties having part-time judges.

The Judiciary of New York is the judicial branch of the Government of New York, comprising all the courts of the State of New York.