The Professional Development League is a system of youth football leagues that are managed, organised and controlled by the Premier League or by the Football League. It was introduced by the Football Association via the Elite Player Performance Plan in 2012. [1]

The system was introduced in early 2012 and was active for the first time during the 2012–13 season. It is a successor to the Premier Reserve League, Premier Academy League and Football Combination. The Football League Youth Alliance makes up League 2 of the under-18 system. The system covers the under-18, under-21 and under-23 age groups. [1]

Previously, clubs participating in the Premier Reserve League (the highest level of reserve football in England) were removed from the competition if their first team in the Premier League were relegated and replaced with a promoted team. Under the Professional Development League system, Premier League reserves teams' league status is not directly linked to the first team's Premier League status. Instead, there are three different Professional Development Leagues at each age-group level and clubs in the top four tiers of the English football league system are placed in the system based on the assessment of their academy for the Elite Player Performance Plan (EPPP).

From 2012 to 2016, EPPP Category 1 academies' most senior youth league was an under-21 league known as the U21 Premier League, with four over-age outfield players being permitted to play. From the 2016–17 season onwards, the competition is known as the Premier League 2 and the age limit increased from under-21 to under-23. [2]

The senior youth age range for EPPP Category 2 academies is the Professional Development League. The competition is split into two regional divisions, with the overall champion determined after an end of season play-off series.

An under-18 league for EPPP Category 1 academies was formed alongside the formation of the Professional Development League in 2012. Known as the U18 Premier League, the competition is split into two regional divisions. The two winners of each division contest the final to determine the overall champions. Winners of the top division qualify for the UEFA Youth League.

The junior youth age range for EPPP Category 2 academies is the U18 Professional Development League. The competition is split into two regional divisions, with the overall champion determined after an end of season play-off series.

In sporting terminology, a youth system is a youth investment program within a particular team or league, which develops and nurtures (bringing) young talent in farm teams, with the vision of using them in the first team in the future if they show enough promise and potential, and to fill up squad numbers in some teams with small budgets. In contrast to most professional sports in the United States where the high school and collegiate system is responsible for developing young sports people, most football and basketball clubs, especially in Europe and Latin America, take responsibility for developing their own players of the future.

The Aston Villa Under-23s, also known as Aston Villa Under-21 and Aston Villa Reserves, are the most senior youth development team of Aston Villa and compete in Premier League 2 of the Professional Development League and the EFL Trophy in the 2020–21 season. The team were originally part of the FA Premier Reserve League since its foundation in 1999 and were winners of the 2011-12 Premier Reserve League South title, the last in that format. The team plays its home games at Aston Villa's training ground, Bodymoor Heath and occasionally Villa Park. Aston Villa also have an academy side that competes in the Under-18 division of the Professional Development League and the FA Youth Cup annually. From 2019, having been promoted back to the Premier League, Aston Villa also field an under-21 side in the EFL Trophy against League One and League Two opposition.

The SPFL Development League was the top level of youth football in Scotland, which was contested in various formats between 1998 and 2018. 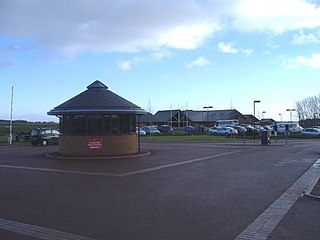 Sunderland A.F.C. Academy is the collective name for the youth development squads of Sunderland Association Football Club, primarily the U18 and U23 teams. Sunderland have an 'Elite' Category 1 football academy based on the Elite Player Performance Plan and their teams are members of the Professional Development League.

Swansea City Association Football Club Under-23s is the most senior team of Swansea City's youth teams and are the club's former reserve team. They compete in the Professional Development League. The Under-23s play the majority of their home fixtures at the club's Youth Academy in Landore, with occasional fixtures taking place at the Liberty Stadium.

Stoke City Football Club Under-23s is the most senior of Stoke City's youth teams and the club's former reserve team. The Under-23 team is effectively Stoke City's second-string side. They play in Premier League 2 Division 2. The team also competes in the Premier League Cup and Staffordshire Senior Cup.

AFC Wimbledon Development squad and Academy are the youth teams of professional English association football club AFC Wimbledon. Under the Elite Player Performance Plan (EPPP) system for youth development, the Academy has been granted Category Three status. The Under-18 squad currently competes in Football League Youth Alliance South East Conference. The Under 18's squad play their home matches in the FA Youth Cup at Kingsmeadow, in Kingston upon Thames, London. Whilst the Under 23's play a majority of their matches at Merstham F.C. most other matches are held at the club's New Malden training complex. The development squad competes in the Under–21 Premier League Cup.

Colchester United Football Club Under-23s are the under-23 team of Colchester United Football Club. They play in the South Division of the Professional U21 Development League 2, the second tier of reserve football in England. The team mostly consists of the club's under-23 players, although senior players have occasionally made appearances for the side, for instance, during recovery from injury. The team are coached by Richard Hall.