The Football Association Youth Challenge Cup is an English football competition run by The Football Association for under-18 sides. Only those players between the age of 15 and 18 on 31 August of the current season are eligible to take part. It is dominated by the youth sides of professional teams, mostly from the Premier League, but attracts over 400 entrants from throughout the country.

At the end of the Second World War the FA organised a Youth Championship for County Associations considering it the best way to stimulate the game among those youngsters not yet old enough to play senior football. The matches did not attract large crowds but outstanding players were selected for Youth Internationals and thousands were given the chance to play in a national contest for the first time. In 1951 it was realised that a competition for clubs would probably have a wider appeal. The FA Youth Challenge Cup (1952–53 season) was restricted to the youth teams of clubs, both professional and amateur, who were members of the FA. [1]

Manchester United are the competition's most successful club, winning it ten times. The current holders are Aston Villa, who defeated Liverpool 2–1 in the 2021 final.

The highest attendance at an FA Youth Cup match was 38,187 for the first leg of the Arsenal against Manchester United semi-final at the Emirates Stadium on 14 March 2007, which Arsenal won 1–0. [3]

Tables are ordered by date of first cap.

The Football Association Community Shield is English football's annual match contested at Wembley Stadium between the champions of the previous Premier League season and the holders of the FA Cup. If the Premier League champions also won the FA Cup, then the league runners-up provide the opposition. The fixture is recognised as a competitive super cup by The Football Association and UEFA. 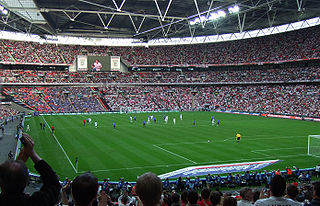 The Football League Super Cup was a one-off football club competition held in England in the 1985–86 season. It was organised by the Football League and was intended as a form of financial and sporting compensation for the English clubs which had qualified for European competition in the previous season but had been banned from entering European tournaments by UEFA following the Heysel Stadium disaster. With the ban set to last into the foreseeable future, England's clubs stood to lose a great deal of revenue, and would also have fewer opportunities to win silverware, so the Super Cup was established in order to hopefully offset at least some of this lost income, as well as offering additional competition for them. 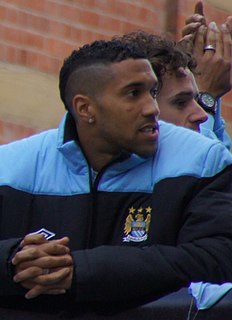 Gaël Dimitri Clichy is a French professional footballer who plays for Swiss Super League club Servette and formerly for the France national team. He primarily plays as a left-back, being also capable of playing as an offensive-minded wing-back. He is predominantly left footed, but naturally right footed. Earlier in his career, he was described as a player who possesses "almost unrivaled stamina" that is "quick in the tackle and willing to drive forward".

The Football League War Cup was an association football tournament held between 1939 and 1945. It aimed to fill the hole left in English football by the cancellation of the FA Cup during the Second World War. 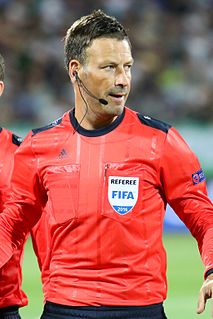 Bacary Sagna is a French professional footballer. He has mainly played in the Premier League, and also for the France national team. His former manager at Arsenal, Arsène Wenger, once described him as the best right-back in the Premier League. In addition to him regularly featuring as a wing-back, Sagna played as a centre-back for Arsenal on several occasions. 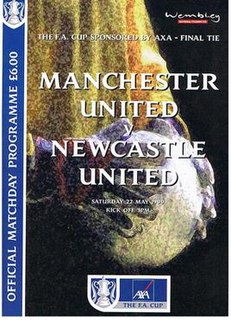 The Aston Villa Under-23s, also known as Aston Villa Under-21 and Aston Villa Reserves, are the most senior youth development team of Aston Villa and compete in Premier League 2 of the Professional Development League and the EFL Trophy in the 2021–22 season. The team were originally part of the FA Premier Reserve League since its foundation in 1999 and were winners of the 2011-12 Premier Reserve League South title, the last in that format. The team plays its home games at Aston Villa's training ground, Bodymoor Heath and occasionally Villa Park. Aston Villa also have an academy side that competes in the Under-18 division of the Professional Development League and the FA Youth Cup annually, they are the current holders of the trophy having won the 2020-21 competition. From 2019, having been promoted back to the Premier League, Aston Villa field an under-21 side in the EFL Trophy against League One and League Two opposition.

Joseph George Willock is an English professional footballer who plays as a midfielder for Premier League club Arsenal.

The 2020 FA Cup Final, known officially as the Heads Up FA Cup Final, was an association football match played between Arsenal and Chelsea at Wembley Stadium, London, England on 1 August 2020. Organised by the Football Association (FA), it was the 139th final of the Football Association Challenge Cup and the showpiece match of English football's primary cup competition. Originally scheduled for 23 May, it was delayed due to the COVID-19 pandemic in the United Kingdom and played behind closed doors.