not to be confused with Q-uer

Quer is a municipality located in the province of Guadalajara, Castile-La Mancha, Spain. According to the 2004 census (INE), the municipality has a population of 449 inhabitants.

The Spanish sparrow or willow sparrow is a passerine bird of the sparrow family Passeridae. It is found in the Mediterranean region and south-west and central Asia. It is very similar to the closely related house sparrow, and the two species show their close relation in a "biological mix-up" of hybridisation in the Mediterranean region, which complicates the taxonomy of this species.

Cascais is a municipality in the Lisbon District of Portugal, located on the Portuguese Riviera. The population in 2011 was 206,479, in an area of 97.40 km2. Cascais is an important tourist destination. Its marina hosts events such as the America's Cup and the town of Estoril, part of the Cascais municipality, hosts conferences such as the Horasis Global Meeting.

Schloss Elmau, built by the philosopher and theologian Johannes Müller between 1914 and 1916, is a four-story national monument with hipped roof, tower and porch, situated between Garmisch-Partenkirchen and Mittenwald in a sanctuary of the Bavarian Alps, Germany. It lies at the foot of the Wetterstein mountains in a Naturschutzgebiet, belonging to the Krün municipality.

Catalan Sign Language is a sign language used by around 18,000 people in different lands of Spain including Barcelona and Catalonia. As of 2012, the Catalan Federation for the Deaf estimates 25,000 LSC signers and roughly 12,000 deaf people around the Catalan lands. It has about 50% intelligibility with Spanish Sign Language (LSE). On the basis of mutual intelligibility, lexicon, and social attitudes, linguists have argued that LSC and LSE are distinct languages. 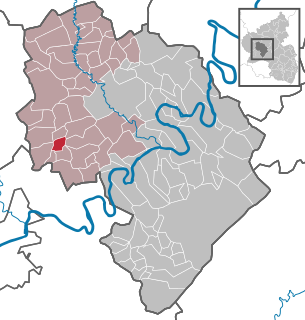 Dodenburg is an Ortsgemeinde – a municipality belonging to a Verbandsgemeinde, a kind of collective municipality – in the Bernkastel-Wittlich district in Rhineland-Palatinate, Germany.

Azuqueca de Henares is a municipality located in the province of Guadalajara, Castile-La Mancha, Spain. According to the 2013 census (INE), the municipality had a population of 34.685 inhabitants. The mayor of Azuqueca is José Luis Blanco.

Cipotânea is a Brazilian municipality located in the state of Minas Gerais. The city belongs to the mesoregion of Zona da Mata and to the microregion of Viçosa. Its area is 153.435 km². 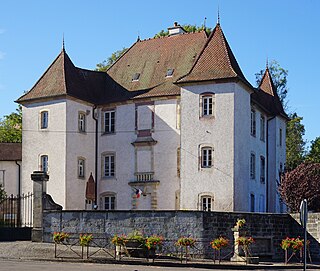 Quers is a commune in the Haute-Saône department in the region of Bourgogne-Franche-Comté in eastern France. 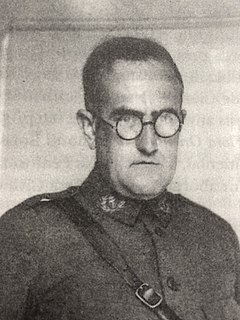 Pius Font i Quer was a Spanish botanist, pharmacist and chemist.

José Quer y Martínez (1695–1764), was a Spanish doctor and botanist. This botanist is denoted by the author abbreviation Quer when citing a botanical name.

Rothmaleria is a genus of flowering plants in the dandelion family.

Ewbank da Câmara is a municipality in the state of Minas Gerais, Brazil. Belonging to the mesoregion of the Zona da Mata and the microregion of Juiz de Fora, the municipality is located some 241 km to the southeast of the state capital, Belo Horizonte. In 2014, its population was 3,914, according to the Brazilian Institute of Geography and Statistics. It occupies an area of 103.834 km². The urban area of the municipality constitutes a small part of the total. The rural area, predominantly in the municipality, has Atlantic rainforest vegetation.

Qasr-e Mian is a village in Rayen Rural District, Rayen District, Kerman County, Kerman Province, Iran. At the 2006 census, its population was 73, in 17 families.

The Castle of the Three Dragons, is the popular name given to the modernisme building built between 1887-1888 as a Café-Restaurant for the 1888 Universal Exposition of Barcelona by Lluís Domènech i Montaner. This name was probably adopted from the 1865 play by Serafí Pitarra.

Jordi Quer is a Spanish rower. He competed in the men's eight event at the 1992 Summer Olympics.