The school has a strong rivalry with the smaller but older Tokomairiro High School in the neighbouring town of Milton. Links with the past at the school include a stand of oak trees, which dominate the school's grounds. These were already several decades old at the time of the school's founding. One of these oaks is commemorated on the school's arms, along with the Southern Cross. These two symbols also represent strength and a striving for higher ideals, also reflected in the school's motto of Fide et Fortitudine.

An oak is a tree or shrub in the genus Quercus of the beech family, Fagaceae. There are approximately 600 extant species of oaks. The common name "oak" also appears in the names of species in related genera, notably Lithocarpus, as well as in those of unrelated species such as Grevillea robusta and the Casuarinaceae (she-oaks). The genus Quercus is native to the Northern Hemisphere, and includes deciduous and evergreen species extending from cool temperate to tropical latitudes in the Americas, Asia, Europe, and North Africa. North America contains the largest number of oak species, with approximately 90 occurring in the United States, while Mexico has 160 species of which 109 are endemic. The second greatest center of oak diversity is China, which contains approximately 100 species.

Founded in 1926, the school is one of the South Island's oldest non-urban full secondary schools. At its opening, the school roll was 135, and the school initially shared classrooms with other nearby schools until the completion of its own building - now the school's main block - on 5 hectares of land in 1927. The school's first rector was John Reid, who held the post until 1931. From the following year, J. Garfield Anderson became rector, a post he held until 1954, during which time the school grew greatly in both size and scope.

South Otago High School is a co-educational high school with a roll of 580 students, of whom some 15% are Māori. Facilities include several computer rooms, two gymnasia - one with squash courts and fitness room, art, music, and technology suites, and science laboratories. The school also boasts 17 hectares of superb sporting fields and courts.

The Māori are the indigenous Polynesian people of New Zealand. Māori originated with settlers from eastern Polynesia, who arrived in New Zealand in several waves of canoe voyages some time between 1250 and 1300. Over several centuries in isolation, the Polynesian settlers developed a unique culture, with their own language, a rich mythology, and distinctive crafts and performing arts. Early Māori formed tribal groups based on eastern Polynesian social customs and organisation. Horticulture flourished using plants they introduced; later, a prominent warrior culture emerged.

In 2002 there was a small outbreak of group C meningococcal disease in Balclutha, and students at this school and at Rosebank Primary School were vaccinated against the disease.

In April 2006, South Otago High School became the first New Zealand school to run a Jeans for Genes day in aid of the Haemophilia Foundation of New Zealand. Jeans for Genes, a charitable event originating in the United Kingdom, sees schools raising funds to help children with genetic disorders through sponsored events on a day on which school uniform is temporarily replaced by the wearing of denim jeans.

Jeans for Genes Day is a national fund-raiser held in Australia and the United Kingdom. The two fund-raisers are not associated with one another and raise money for different institutes.

Haemophilia is a mostly inherited genetic disorder that impairs the body's ability to make blood clots, a process needed to stop bleeding. This results in people bleeding longer after an injury, easy bruising, and an increased risk of bleeding inside joints or the brain. Those with a mild case of the disease may have symptoms only after an accident or during surgery. Bleeding into a joint can result in permanent damage while bleeding in the brain can result in long term headaches, seizures, or a decreased level of consciousness. 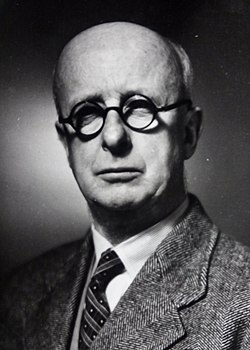 Lee Allan is a former New Zealand rugby union player who played as a loose forward for Otago in the ITM Cup and the Highlanders in the international Super Rugby competition.

Kelvin Deaker is a former New Zealand rugby union international referee and member of the Hawke's Bay Rugby Union, who has now retired from all refereeing. Deaker took up refereeing in 1991, and refereed his first representative match in 1996, when he took charge of a National Provincial Championship Division 3 match between Buller and Horowhenua. In 2001, the year he turned professional, Deaker refereed his first international rugby match, taking charge of the match between Wales and Japan on 17 June 2001. Two years later, Deaker was named as one of the referees who were to take charge of matches at the 2003 Rugby World Cup, and was subsequently named as a touch judge for the 2007 Rugby World Cup in France. Off the field, Deaker is a qualified chartered accountant, currently works for Taylor Pass Honey Co, in the town of Blenheim, New Zealand. 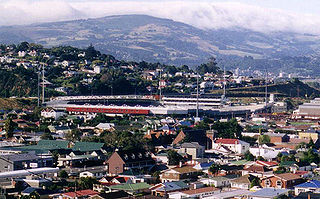 Carisbrook was a major sporting venue in Dunedin, New Zealand. The city's main domestic and international rugby union venue, it was also used for other sports such as cricket, football, rugby league and motocross. Carisbrook also hosted a Joe Cocker concert and frequently hosted pre-game concerts before rugby matches in the 1990s. In 2011 Carisbrook was closed, and was replaced as a rugby ground by Forsyth Barr Stadium at University Plaza in North Dunedin, and as a cricket ground by University Oval in Logan Park.

Otago Boys' High School (OBHS) is one of New Zealand's oldest boys' secondary schools, located in Dunedin, Otago, New Zealand. Originally known as Dunedin High School, it was founded on 3 August 1863 and moved to its present site in 1885. The main building was designed by Robert Lawson and is regarded as one of the finest Gothic revival structures in the country. Situated on high ground above central Dunedin it commands excellent views of the city and is a prominent landmark.

Rugby Southland is the provincial rugby union who govern the Southland Region of New Zealand. Their headquarters are at Rugby Park Stadium in Invercargill, which is also the home ground of the union's professional team, the Southland Stags who compete in the Mitre 10 Cup Championship Division and challenge for the Ranfurly Shield. 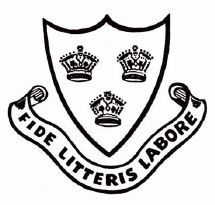 Wesley College is a secondary school in Paerata, at the northern edge of Pukekohe, Auckland Region, New Zealand. The school provides education from year 9 to 13.

Tony Eion Brown is a former New Zealand rugby union footballer, who played mainly at first five-eighth. He is an assistant coach for the Japan national rugby union team, having previously been the head coach of Otago and the Highlanders in the Super Rugby competition.

Josh Blackie is a former New Zealand rugby union player who notably played for Otago in the National Provincial Championship and the Highlanders in Super Rugby. He also had a long stint for the Kobelco Steelers in Japan and played a season with the Blues in 2008. His position of choice was flanker.

King's High School is a state single-sex boys' secondary school in Dunedin, New Zealand. It is located at the southern end of the city close to the boundary between the suburbs of South Dunedin, St. Clair and Forbury, next to the parallel single-sex girls' school, Queen's High School. Both schools share several facilities, including the multimillion-dollar Performing Arts Centre which opened in 2006.

Alando Soakai is a former professional rugby union player from New Zealand best known for his time with the Highlanders in Super Rugby and Otago in the ITM Cup, and as captain of Otago in their 2009 and 2010 campaigns. He currently serves on the coaching staff of the Kubota Spears in the Japanese Top League, the club where he finished his playing career.

Kurt Thomas Baker is a New Zealand rugby union player. He plays in the fullback, wing and at centre positions for Manawatu in the Mitre 10 Cup. He played for the Māori All Blacks and was a New Zealand Sevens representative, having played in 22 Sevens World Series tournaments, a Rugby Sevens World Cup and featured in Gordon Tietjens squad to take part at the 2010 Commonwealth Games.

Liam Coltman is a New Zealand rugby union player who plays as a hooker for Otago in New Zealand's domestic Mitre 10 Cup and the Highlanders in the international Super Rugby competition.

Jason Emery is a New Zealand rugby union player who represents the Sunwolves in Super Rugby as well as for Manawatu in the Mitre 10 Cup. His position of choice is centre.

Craig Millar is a New Zealand rugby union player who currently plays as a loosehead prop for Otago in New Zealand's domestic Mitre 10 Cup and for the Tokyo based Super Rugby franchise the Sunwolves.

Josh Renton is a New Zealand rugby union player who currently plays as a halfback for Otago in New Zealand's domestic Mitre 10 Cup and the Highlanders in the international Super Rugby competition.

Matt Faddes is a New Zealand rugby union player who currently plays as a midfielder or outside back for Otago in New Zealand's domestic Mitre 10 Cup and the Highlanders in the international Super Rugby competition.

Sio Tomkinson is a New Zealand rugby union player who currently plays as a midfield back for Otago in New Zealand's domestic Mitre 10 Cup and the Highlanders in the international Super Rugby competition.

Fletcher Smith is a New Zealand rugby union player who currently plays as a first five-eighth for Waikato in New Zealand's domestic Mitre 10 Cup and the Hurricanes in Super Rugby. He has also represented the   Highlanders.