Otago is a region in the South Island of New Zealand. It contains numerous rural primary schools, several small town primary and secondary schools, and some big city schools in Dunedin. In New Zealand schools, students begin formal education in Year 1 at the age of five. [1] Year 13 is the final year of secondary education. Years 14 and 15 refer to adult education facilities. State schools are those fully funded by the government and at which no fees for tuition of domestic students (i.e. New Zealand citizens and permanent residents, and Australian citizens) can be charged, although a donation is commonly requested. [2] A state integrated school is a former private school with a special character based on a religious or philosophical belief that has been integrated into the state system. State integrated schools charge "attendance dues" to cover the building and maintenance of school buildings, which are not owned by the government, but otherwise they like state schools cannot charge fees for tuition of domestic students but may request a donation. As Dunedin was founded by Presbyterian Scottish settlers there are a Presbyterian girls' and boys' school in the city. Private schools charge fees to its students for tuition, as do state and state integrated schools for tuition of international students. [3] Unlike other major cities in New Zealand, Dunedin does not have any private intermediate or high schools. All remaining private intermediate and high schools have been integrated into the state system.

Otepopo School in Herbert closed in September 2010 after 146 years of operation. [7] 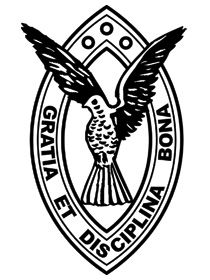 Mountainview High School is a co-educational state high school in Timaru, New Zealand. The school runs from year nine to thirteen. The school has a roll of 518 students as of July 2022; more than 20 are International students.

Forbury is a small residential suburb of the New Zealand city of Dunedin. It is 3 kilometres (1.9 mi) south-southwest of the city centre and lies immediately to the north of St Clair, between it and Caversham.

Andrew McRae Davidson was a New Zealand teacher, principal, welfare worker and educationalist. He was born in Dunedin, New Zealand on 10 November 1894. He was headmaster of Kurow School from 1927, where he helped create a free medical service for the workers at the Waitaki hydroelectric station. In 1935, he became headmaster at the Macandrew Road School in Dunedin and when the Macandrew Intermediate School was established on the same site in 1840, he became its head until his retirement in 1954. Subsequently, he was a member of the Otago Education Board for 12 years and a justice of the peace.