Tero Karhu (born 28 September 1979) is a Finnish sport journalist and former footballer who represented FC Viikingit of the Finnish First Division. He usually played as a central midfielder. [1]

During a spell in England, Tero played for Billericay Town and Waltham Forest. 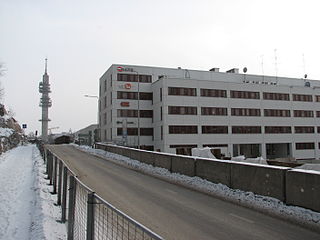 MTV3 is a Finnish commercial television station. It had the biggest audience share of all Finnish TV channels until Yle TV1 took the lead. The letters MTV stand for Mainos-TV, due to the channel carrying advertising for revenue. Number 3 was added later, when the channel was allocated the third nationwide television channel and it generally became known as "Channel Three"—Finnish Broadcasting Company’s Yle TV1 and Yle TV2 being the first two—and also to distinguish it from the later MTV Finland, which is a Finnish version of ViacomCBS's MTV channel. From 1957 until 2001, the channel's logo was a stylised owl, changed to an owl's eye after an image renewal in 2001, which was then used until 2013. MTV3 has about 500 employees. It is also known as Maikkari. 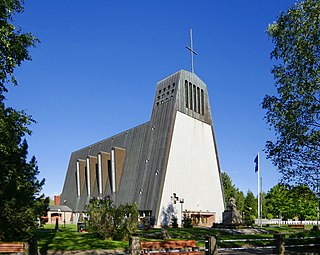 Kauhajoki is a town and municipality of Finland. The city is unilingually Finnish. 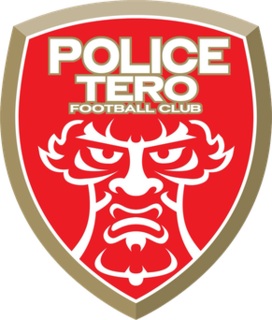 Tero Penttilä is a former professional football player who played for Rangers in defence.

Anurak Srikerd, or simply known as Jun, is a Thai football coach and former footballer. He primary played as an attacking midfielder and was able to adapt as a striker. Besides, He is a former player of Thailand national team and scored 6 goals for the national team. He played in 10 qualifying matches for the 2002 FIFA World Cup.

Karhu is a Finnish sports equipment company, focused on running. Originally established as "Ab Sport Artiklar" in 1916, it renamed "Karhu" four years later. Karhu's line of products includes sneakers, t-shirts and jackets. In past years, Karhu also manufactured skis. In 2008, the company was sold to a group of investors organised under "Karhu Holding B.V.". 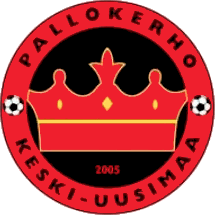 Pallokerho Keski-Uusimaa is a football club serving the sub-region of Keski-Uusimaa in Finland and is centred on the towns of Järvenpää, Kerava and Tuusula. The club was formed in 2005 and the men's first team currently plays in the Kakkonen. The Chairman of PK Keski-Uusimaa is Mikko Bergman. 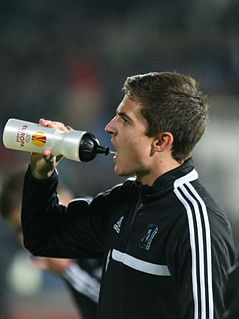 Tero Mäntylä is a Finnish footballer who plays as a defender for SJK.

Rosenlewin Urheilijat-38, RU-38 for short, was a sports club based in Pori, Finland. It was founded in 1938 by the W. Rosenlew Company. The club was best known by its football and ice hockey sections. In 1967 RU-38 merged with another local club, Karhut, forming a new club named Ässät. 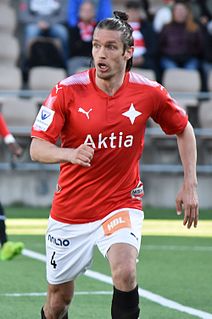 Tommi Vesala is a Finnish football player currently playing for Finnish Veikkausliiga side HIFK. Vesala began his career as a junior in FC Kasiysi. During his senior career he played at Finnish second and third tiers, Ykkönen and Kakkonen, in FC Espoo, FC Hämeenlinna and FC Viikingit before joining Veikkausliiga side Myllykosken Pallo for the season 2011. He made his league debut on 12 May 2011.

Mikko Koivisto is a Finnish basketball player. He currently plays for Kauhajoen Karhu of the Korisliiga and for the Finnish national basketball team. In high school at Holy Cross he won the VISSA(Virginia Independent Schools Althetes Association) division 3 state championship in 05. He started his professional career in 2003–

The 2017–18 Korisliiga season was the 78th season of the top professional basketball league in Finland. The season started on 28 September 2017 and ended on 18 May 2018. Kataja Basket were the defending champions, but Kauhajoki Karhu achieved their first title ever.

The 2018–19 Korisliiga season was the 79th season of the top professional basketball league in Finland. Karhu successfully defended their title to repeat as Finnish national champions.

Karhu is a Finnish surname meaning "bear". Notable people with the surname include: 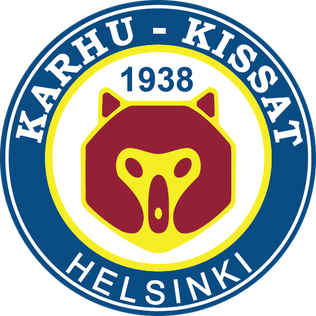 Karhu-Kissat is a Finnish ice hockey club founded in 1938 and based at Helsinki. From 1942 until 1974 the club played in the top two levels of the Finnish ice hockey league system. Nowadays the club operates as a sports academy, investing especially in the provision of training and experience for young players. The club's activities take place mainly at the city's western region.

Tero Pilvi is a Finnish former footballer who is last known to have played as a midfielder or winger for Cambridge United.