The film was made by Britain's leading film company of the era Stoll Pictures at their Cricklewood Studios in London. It was based on the 1907 novel The Avenger by E. Phillips Oppenheim. The film's sets were designed by art director Walter Murton. 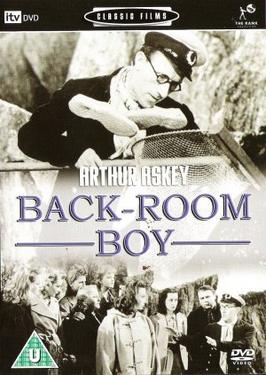 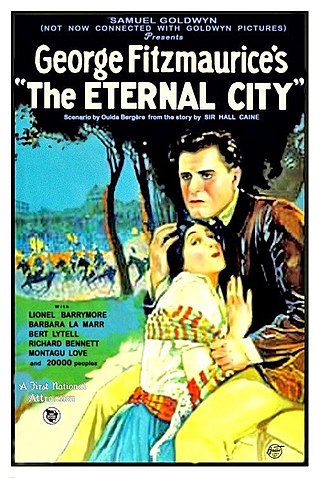 The Eternal City is a 1923 American silent drama film directed by George Fitzmaurice, from a script by Ouida Bergère based on the 1901 Hall Caine novel of the same name, and starring Barbara La Marr, Lionel Barrymore, and Bert Lytell.

Glamour is a 1931 British drama film directed by Seymour Hicks and Harry Hughes and starring Hicks, Ellaline Terriss and Margot Grahame. A young, ruthless woman falls in love with a rising actor. It was loosely remade for the 1934 American film Glamour. There are currently no known surviving copies of the original film.

The Presumption of Stanley Hay, MP is a 1925 British silent drama film directed by Sinclair Hill and starring David Hawthorne, Betty Faire, Fred Raynham and Kinsey Peile. It is adapted from a novel by Nowell Kaye.

Betty Faire was a British actress of the silent era.

The Mating of Marcus is a 1924 British silent romance film directed by W. P. Kellino and starring David Hawthorne, George Bellamy and Moore Marriott. It was based on a novel by Mabel Grundy.

The Gold Cure is a 1925 British silent comedy film directed by W. P. Kellino and starring Queenie Thomas, Gladys Hamer and Jameson Thomas. It was made by Stoll Pictures at Cricklewood Studios.

Confessions is a 1925 British silent comedy film directed by W. P. Kellino and starring Ian Hunter, Joan Lockton and Eric Bransby Williams. It was based on the novel Confession Corner by Baillie Reynolds.

The Gay Corinthian is a 1924 British silent historical drama film directed by Arthur Rooke and starring Victor McLaglen, Betty Faire and Cameron Carr. It was shot at Leyton Studios.

Cross Roads is a 1930 British drama film directed by Reginald Fogwell and starring Percy Marmont, Anne Grey and Betty Faire. It was shot at Welwyn Studios as a quota quickie. It is a melodrama about a wife killing her unfaithful husband.