The Family without Morals 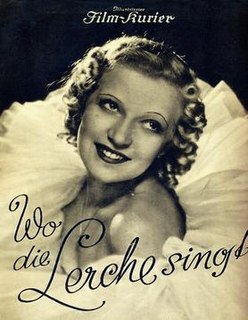 Where the Lark Sings is a 1936 musical comedy film directed by Carl Lamac and starring Mártha Eggerth, Alfred Neugebauer and Hans Söhnker. It is an Operetta film, based on the 1918 work Where the Lark Sings by Franz Lehár. The film was a German language co-production between Hungary, Germany and Switzerland 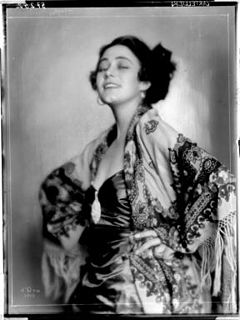 What a Woman Dreams of in Springtime is a 1929 German silent comedy film directed by Curt Blachnitzky and starring Paul Rehkopf, Anna Müller-Lincke and Colette Brettel. The film's art direction was by Kurt Richter.

Comedy of the Heart is a 1924 German silent romance film directed by Rochus Gliese and starring Lil Dagover, Nigel Barrie and Alexander Murski. It premiered at the Tauentzienpalast in Berlin on 30 September 1924. It was based on a novella by Sophie Hoechstetter. The film was one of UFA's major releases of the 1923-1925 boom period. It was made at the Babelsberg Studio.

Anna Kallina was an Austrian stage and film actress. She played the role of Queen Anne of England in the 1921 film The Grinning Face (1921).

The Great Opportunity is a 1925 German silent film directed by Lorand von Kabdebo and starring Kurt Vespermann, Lia Eibenschütz and Colette Brettel. The production is notable as marking the filmmaking debut of Henry Koster, who co-wrote the screenplay. Koster would go on to become a top Hollywood film director.

Colette Brettel (1902–1973) was a British stage and film actress. Born Dorothy Nicolette Pettigrew in London, she made her screen debut in the 1920 film Wuthering Heights and appeared in several British films of the early 1920s including The Prodigal Son. Following the Slump of 1924, in which the number of British films released sharply declined, she moved to Germany. Her film career ended with the introduction of sound. She was married to the Dutch actor Ernst Winar.

Countess Maritza is a 1925 German silent film directed by Hans Steinhoff and starring Vivian Gibson, Harry Liedtke and Colette Brettel. It is an adaptation of the operetta of the same title.

Annemarie and Her Cavalryman is a 1926 German silent film directed by Erich Eriksen and starring Colette Brettel, Sig Arno, and Hans Junkermann.

The Girl Without a Homeland is a 1927 Austrian-German silent drama film directed by Constantin J. David and starring Jenny Hasselqvist, Henry Stuart and Oskar Homolka. 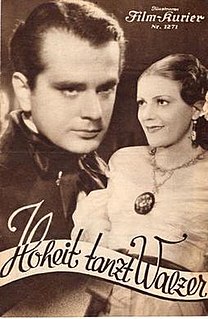 Her Highness Dances the Waltz is a 1935 musical comedy film directed by Max Neufeld and starring Irén Ágay, André Mattoni and Hans Homma. The operetta film is based on the 1912 operetta Hoheit tanzt Walzer by Leo Ascher (music) and Alfred Grünwald (libretto). It was made as an at the Barrandov Studios in Prague. It's one of the few Czech productions that wasn't made in Czech language. The film's sets were designed by the art director Artur Berger. A French version Valse éternelle was released in 1936. 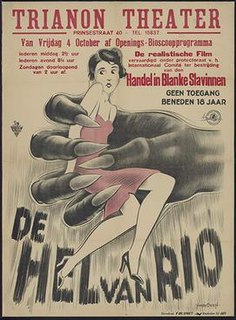 The Bordello in Rio or The Women's House of Rio is a 1927 silent drama film directed by Hans Steinhoff and starring Vivian Gibson, Albert Steinrück and Hans Stüwe. It was based on a novel by Norbert Jacques which was remade twice as Blondes for Export (1950) and Final Destination: Red Lantern (1960). In the United States, the film was re-edited by Bud Pollard and released as Girls for Sale.

Madame Dares an Escapade is a 1927 German silent film directed by Hans Otto and starring Xenia Desni, Livio Pavanelli and Carmen Cartellieri. It was shot in Vienna.

The Dead Wedding Guest is a 1922 Austrian silent historical drama film directed by Max Neufeld and starring Eugen Neufeld, Karl Ehmann and Carmen Cartellieri. It is based on the poem Don Ramiro by Heinrich Heine, set in Spain.