It was shown as part of a retrospective "Questi fantasmi: Cinema italiano ritrovato" at the 65th Venice International Film Festival. [3]

The film is set in April 1945. The engineer Sergio returns home to a town in Lazio after five years as a prisoner of war. He finds his homeland ravaged. The minefields and hydroelectric power plant were the main sources of employment and they are both destroyed. His old mother and a brother are still there but his wife Adele is working in Rome. Their son has been taken in a fascist raid. When Adele learns the son has died she goes after revenge armed with a gun. [1]

The film was censored and then rediscovered in 2008. A man called Giancarlo Mancini found a bad Italian copy interspersed with fragments from a French edition in Ripley's Home Video. It has been described as a mediocre melodrama with obvious implausibilities in the plot and unsuited to Neufeld. [1] 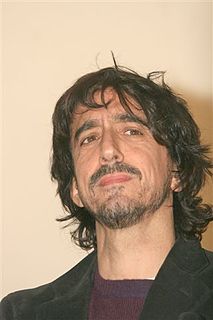 The Sky Is Red is a 1950 Italian drama film. It is the directorial debut of Claudio Gora and it is based on the novel with the same name by Giuseppe Berto, depicting the struggle for survival of a group of boys and girls in a bombed-out town in Italy during World War II.

Gianrico Tedeschi was an Italian actor and voice actor.

Duccio Tessari was an Italian director, screenwriter and actor, considered one of the fathers of Spaghetti Westerns.

Black Journal is a 1977 Italian black comedy film directed by Mauro Bolognini. It is loosely based on real-life serial killer Leonarda Cianciulli, who killed three women between 1939 and 1940, and turned their bodies into soap and teacakes. It stars Shelley Winters, Max von Sydow, Renato Pozzetto and Alberto Lionello, with the latter three in a dual role as both the victims of the killer, in drag, and those who apprehend her.

Leoni al sole is a 1961 Italian comedy drama film. It is the directorial debut of Vittorio Caprioli.

I basilischi is a 1963 Italian drama film. It is the directorial debut of Lina Wertmüller.

City of Pain is a 1948 Italian drama film directed by Mario Bonnard. 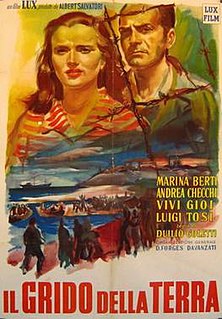 The Earth Cries Out is a 1948 Italian action-drama film directed by Duilio Coletti. 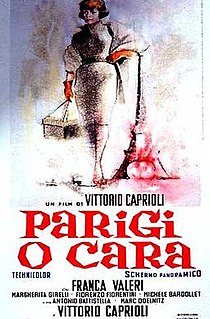 Nostra Signora dei Turchi is a 1968 Italian drama film. It is the feature film debut of Carmelo Bene and it is based on a stage play by the same Bene. It won the Special Jury Prize at the 1968 Venice Film Festival. 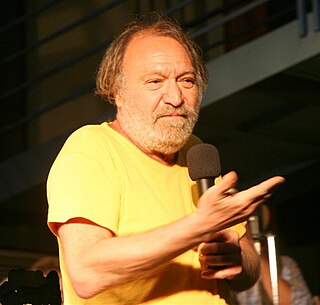 Carlo Monni was an Italian film, television and stage actor.

Una vita violenta is a 1961 Italian drama film by Paolo Heusch and Brunello Rondi, at his directorial debut. It is based on a novel with the same name by Pier Paolo Pasolini.

Gloria Milland is an Italian actress.

La bella di Lodi is a 1963 Italian comedy film directed by Mario Missiroli. It is based on the novel with the same name written by Alberto Arbasino. 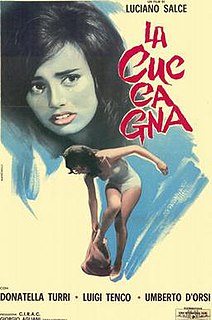 La cuccagna, internationally released as A Girl... and a Million, is a 1962 Italian drama film directed by Luciano Salce.

Pelle viva is a 1962 Italian drama film written and directed by Giuseppe Fina.

Letter at Dawn is a 1948 Italian drama film directed by Giorgio Bianchi.