The children of feuding gangsters fall in love and fight to escape their parents' notoriety. 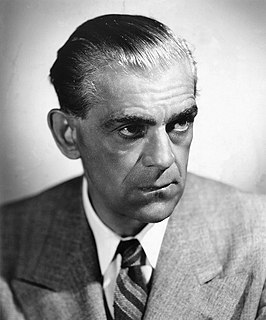 William Henry Pratt, better known by his stage name Boris Karloff, was an English actor who starred as Frankenstein's monster in the horror film Frankenstein (1931), which established him as a horror icon. He reprised the role in Bride of Frankenstein (1935) and Son of Frankenstein (1939). Karloff also appeared as Imhotep in The Mummy (1932), and voiced the Grinch, as well as narrated the animated television special of Dr. Seuss' How the Grinch Stole Christmas! (1966), which won him a Grammy Award.

Targets is a 1968 American crime thriller film directed by Peter Bogdanovich, produced by Roger Corman, and written by Polly Platt and Bogdanovich, with cinematography by László Kovács. 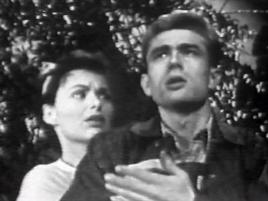 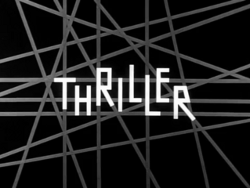 Thriller is an American anthology television series that aired during the 1960–61 and 1961–62 seasons on NBC. The show featured host Boris Karloff introducing a mix of macabre horror tales and suspense thrillers.

The Man They Could Not Hang is a 1939 American horror film directed by Nick Grinde from a screenplay by Karl Brown. It stars Boris Karloff as Dr. Henryk Savaard, a scientist who develops a procedure for bringing the dead back to life. When he is arrested and sentenced to be executed for murdering a young medical student who volunteered to be killed to test the procedure, Savaard vows retribution on the individuals responsible. Alongside Karloff, the film's cast includes Lorna Gray, Robert Wilcox, and Roger Pryor.

The Lightning Raider is a 1919 American action film serial directed by George B. Seitz. It was the on-screen debut of Boris Karloff, albeit as an extra. The film serial survives in an incomplete state with some reels preserved at the Library of Congress Public Archives of Canada/Dawson City collection and other film archives, but it is not available on home video. The serial was shown in France as Par Amour. 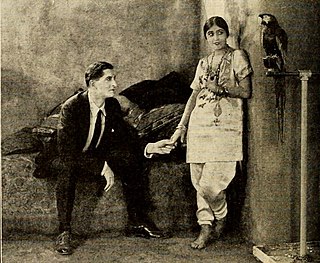 Without Benefit of Clergy is a 1921 American silent drama film directed by James Young and featuring Virginia Brown Faire, Thomas Holding and Boris Karloff. It is based on the story by Rudyard Kipling. A print of the film still exists at the UCLA Film and Television Archives and at Archives Du Film Du CNC.

The Man from Downing Street is a 1922 American silent starring Earle Williams, Charles Hill Mailes, Betty Ross Clark and Boris Karloff. The screenplay was written by Bradley J. Smollen, based on a screen story by Clyde C. Westover, Lottie Horner and Florine Williams. It is thought to be a lost film.

Forbidden Cargo is a 1925 American silent drama film directed by Tom Buckingham and featuring Boris Karloff. The film is considered to be lost.

Behind That Curtain is a 1929 American Pre-Code mystery film directed by Irving Cummings, starring Warner Baxter and featuring Boris Karloff. It was the first Charlie Chan film to be made at Fox Studios. It was based on the 1928 novel of the same name. Charlie Chan, who is played by Korean-American actor E. L. Park, gets one mention early in the film, then makes a few momentary appearances after 75 minutes. Producer William Fox chose this film to open the palatial Fox Theatre in San Francisco on June 28, 1929. It was a sound film. 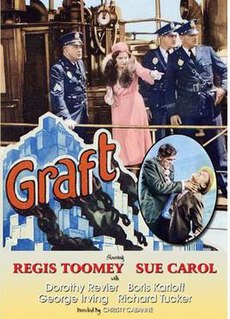 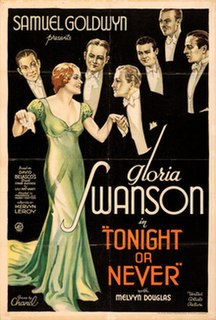 Mexicana is a 1945 American musical film directed by Alfred Santell and starring Tito Guízar, Constance Moore and Leo Carrillo. The film was one of three made by Republic Pictures in line with the American government's Good Neighbor policy towards Latin America. Its plot is almost identical to that of another Guízar vehicle Brazil (1944).

Sin Town is a 1942 American Western film directed by Ray Enright and starring Constance Bennett, Broderick Crawford and Patric Knowles. It is set during the Texas Oil Boom of the early 20th century.