The Sea Lion is a 1921 American silent adventure film directed by Rowland V. Lee, and starring Hobart Bosworth, Bessie Love, and Emory Johnson. It was produced and distributed by Associated Producers Incorporated. The team who worked on this film had previously made Lee's Blind Hearts (1921). [1] [2]

The film has preserved in the collections of the Library of Congress, the UCLA Film and Television Archive and the Pacific Film Archive. [3] It is also in the public domain. [4]

Captain John Nelson (Hobart Bosworth) and his crew hunt whales on the high seas. The captain is an angry man, having never recovered from his wife's leaving him for another man 20 years prior. When the ship comes to port, Tom (Emory Johnson), a young man, joins the crew as a lookout. He is distraught as well, having been jilted by his fiancée.

Back on the seas, the ship's inexperienced crew mistakes the water supply as a leak and pumps it overboard. The captain rations the remaining water, and stores it in his quarters. The crew mutinies.

From the crow's nest, Tom spots a nearby island and comes down to tell the captain while the crew is asleep. The captain makes Tom the first mate, and they steer the ship to the nearby island. The island is inhabited by two survivors of an earlier shipwreck, one of whom is a beautiful young Blossom (Bessie Love). The survivors are brought back to the ship, where the captain resists letting them, board. The survivors promise to work on the ship, and he reluctantly agrees to let them travel.

Blossom learns that the captain's family name is Nelson, and says that her mother had the same name. The captain realizes that Blossom is the daughter of his wife, but assumes Blossom's father is another man. Blossom tells him that she never knew her father. During a storm at sea, the captain finds Blossom's Bible, which contains a note from her mother saying that she loved him all along. The captain realizes that Blossom is his daughter, and they are reconciled. Blossom and Tom fall in love.

Scenes were filmed aboard the Fox, which was anchored off Balboa in Orange County. [5] 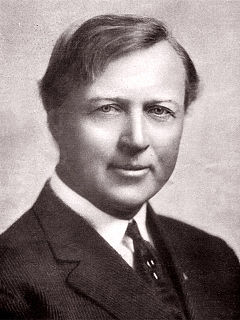 The Phantom Express is a 1932 American pre-Code mystery crime-drama directed by Emory Johnson and based on the Emory Johnson story. The film stars William Collier, Jr. as Bruce Harrington, Sally Blane as Carolyn Nolan and Hobart Bosworth as Mr. Harrington. It was commercially released on August 15, 1932 by Majestic Pictures.

Brown of Harvard is a 1911 silent film based on the 1906 play of the same name by Rida Johnson Young. It was the film debut of Edgar Kennedy.

The Blood Ship is a 1927 silent drama film directed by George B. Seitz and starring Hobart Bosworth, Jacqueline Logan and Richard Arlen. It is based on the 1922 novel The Blood Ship by Norman Springer, later remade by Seitz as the 1931 sound film Shanghaied Love.

Sundown is a 1924 American silent Western film directed by Laurence Trimble and Harry O. Hoyt, produced and distributed by First National Pictures, and starring Bessie Love. Frances Marion, Marion Fairfax, and Kenneth B. Clarke wrote the screenplay based on an original screen story by Earl Hudson. This film was the only production cinematographer David Thompson ever worked on. This film is presumed lost.

His Own Law is a 1920 American silent drama film, produced and directed by J. Parker Read, Jr., and released by Goldwyn Pictures. Starring Hobart Bosworth, the film survives in the Library of Congress. 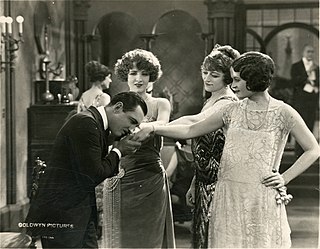 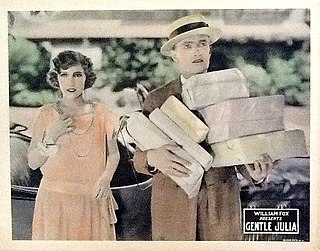 The Third Alarm is a 1930 American drama film directed by Emory Johnson. The film is based on the original story by Emilie Johnson and is set in San Francisco, California. The photoplay stars Anita Louise, James Hall, and Jean Hersholt. The movie was released on November 30, 1930 by Tiffany-Stahl Productions

Alfred Emory Johnson was an American actor, director, producer, and writer. As a teenager, he started acting in silent films. Early in his career, Carl Laemmle chose Emory to become a Universal studio leading man. He also became part of one of the early Hollywood celebrity marriages when he wed Ella Hall. 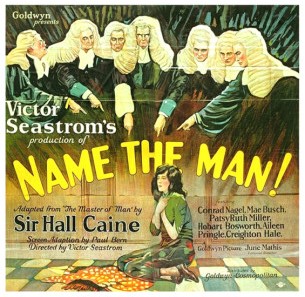 Name the Man is a surviving 1924 American silent drama film directed by Victor Sjöström and starring Mae Busch. It was produced and distributed by Goldwyn Pictures in association with Cosmopolitan Productions.

The Non-Stop Flight is a 1926 American silent Melodrama film directed by Emory Johnson and featured an "All-Star" cast, including Knute Erickson and Marcella Daly. Emilie Johnson, Emory's mother, wrote both the story and the screenplay. 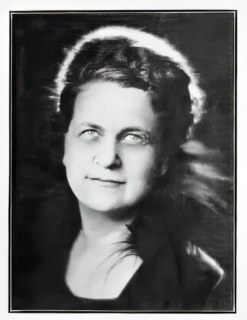 Emilie Johnson was a Swedish-American author, scenarioist, and movie producer. She was the mother of American actor, director, producer, and writer Emory Johnson. In 1912, Emory Johnson dropped out of college and embarked upon a career in the movie business, starting as an assistant camera operator at Essanay Studios.

Doctor Neighbor is a 1916 American silent feature film black and white melodrama. The film was directed by Lloyd B. Carleton. It stars Hobart Bosworth and pairs Dorothy Davenport and Emory Johnson in leading roles.

The Yaqui is a 1916 American silent Black and white Melodrama directed by Lloyd B. Carleton and starring Hobart Bosworth, Gretchen Lederer and Emory Johnson. The film depicts Yaqui Indians entrapped by nefarious elements into enslavement for a wealthy plantation owner. They struggle in captivity, eventually rebelling against their owner's oppression.

Richard Morris was an American opera singer, stage performer, and a silent film actor. Morris was born on January 30, 1862, in Charlestown, Massachusetts. He was 62 years old when he died in Los Angeles, California on October 11, 1924. Between 1912 and 1924, Richard Morris acted in 59 films.

The Way of the World is a 1916 American silent Feature film directed by Lloyd B. Carleton. The film is based on a play by Clyde Fitch and developed for the screen by F. McGrew Willis. This drama's features Hobart Bosworth, Dorothy Davenport, and Emory Johnson.