The Nylons are an a cappella group founded in 1978 in Toronto, Ontario, Canada, best known for their covers of pop songs such as The Turtles' "Happy Together", Steam's "Na Na Hey Hey Kiss Him Goodbye", and The Tokens' "The Lion Sleeps Tonight". [1]

The band has reissued all their albums on CD through Unidisc Music.

The Nylons' original lineup consisted of Claude Morrison (tenor), Paul Cooper (baritone; born James Paul Cooper in Pikeville, Tennessee, February 20, 1950 – December 29, 2013), [2] Marc Connors (tenor), and Denis Simpson (bass). [1] In April 1979, Simpson left the group to perform in a musical and was replaced by Ralph Cole (bass). [3] All of the original members were gay men, [3] although later lineups included both gay and non-gay singers. Cole left the band in late 1981 and was replaced by Arnold Robinson (bass).

In 1986, the group appeared on the critically acclaimed children's television show Sharon, Lois & Bram's Elephant Show , featuring children's entertainers Sharon, Lois & Bram. The Nylons appeared in Season 3 of the show on the "Treasure Island" episode, singing "The Lion Sleeps Tonight". These songs appeared on the band's albums Seamless (1984) and Rockapella (1989). During this era, the band also gained exposure from the mid-1980s syndicated sitcom Throb by singing (with the show's lead actress Diana Canova) the theme to the show.

In October 24, 1992, The Nylons sang "O Canada" at Atlanta-Fulton County Stadium in Atlanta, Georgia, preceding Game 6 of the 1992 World Series, in which their hometown team, the Toronto Blue Jays, won their first championship.

On May 30, 2014, the Nylons performed a show in Toronto which included the participation of every living past or present member of the band.

In fall and winter 2016, The Nylons toured and performed their farewell show throughout Canada. [6]

Rockapella is an American a cappella musical group formed in 1986 in New York City. The group's name is an amalgam of "rock" and "a cappella". Rockapella sings original vocal music and a cappella covers of pop and rock songs; and over time, their sound has evolved from high-energy pop and world music toward a more R&B-style sound. Rockapella initially found their biggest success in Japan throughout their career. They are also known for their role as a vocal house band and resident comedy troupe on the PBS children's geography game show Where in the World Is Carmen Sandiego?, based on the educational computer game of the same name developed and published by Broderbund. 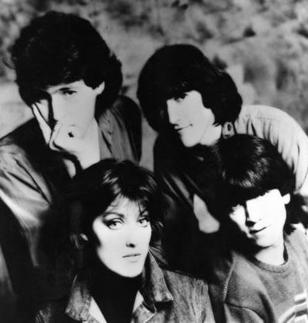 Katrina and the Waves were a British rock band widely known for the 1985 hit "Walking on Sunshine". They also won the 1997 Eurovision Song Contest with the song "Love Shine a Light".

Take 6 is an American a cappella gospel sextet formed in 1980 on the campus of Oakwood College in Huntsville, Alabama. The group integrates jazz with spiritual and inspirational lyrics. Take 6 has received several Grammy Awards as well as Dove Awards, a Soul Train Award and nominations for the NAACP Image Award.

Silk is an American R&B group, formed in 1989 in Atlanta, Georgia. They are best known for their 1993 hit single, "Freak Me", which reached number-one on the US Billboard Hot 100. 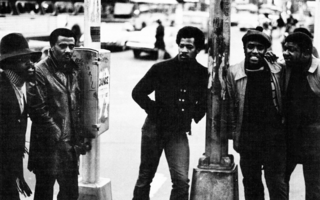 The Persuasions are an American a cappella group that began singing together in Brooklyn, New York in the mid-1960s. 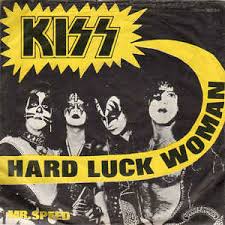 "Hard Luck Woman" is a song by American hard rock band Kiss and the lead single from their 1976 album, Rock and Roll Over. It was originally written by Paul Stanley as a possible track for Rod Stewart, but after the success of the soft rock ballad "Beth", Kiss decided to keep it for themselves as a follow-up. Stanley has stated his admiration and love of Stewart's music numerous times, and that "Hard Luck Woman" was inspired by Rod Stewart, in particular the songs "Maggie May" and "You Wear It Well". While Stewart's music served as a partial inspiration for the song, the nautical themed song "Brandy" by American pop-rock band Looking Glass served as Stanley's main inspiration. 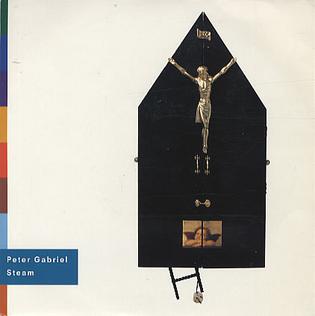 "Steam" is a song by English rock musician Peter Gabriel, released as the second single from his sixth album, Us (1992). Gabriel has said that the song is about a relationship in which the woman is sophisticated, bright, cultured, and knows everything about anything while the man knows nothing about anything; however, he does know about the woman, and she does not know much about herself.

"Wild Night" is a song written by Northern Irish singer-songwriter Van Morrison and is the opening track on his fifth studio album Tupelo Honey. It was released as a single in 1971 and reached number 28 on the Billboard Hot 100 chart. In 2022, the song peaked at #1 on the radio airplay chart in Canada. 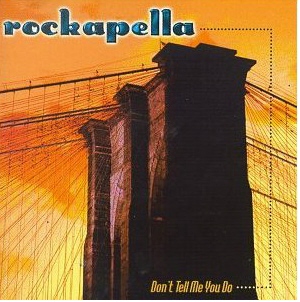 Don't Tell Me You Do is the ninth overall and fourth North American studio album by the a cappella group Rockapella. It is the first album released by the group on a North American record label. All but two of the tracks were recorded during the fall of 1997 and originally released on the independent album Rockapella. When Rockapella obtained their long-awaited North American record deal in 1998, the songs "Moments of You" and "Hold Out For Christmas" were added in the place of "Bed of Nails" and Don't Tell Me You Do was released in the spring of 1999. In 2004, when the album was re-released on Shakariki Records, the then rare 1997 studio recording of the song "Bed of Nails" from the original album, Rockapella, returned to the track list in the place of "Hold Out For Christmas", which can be found on the group's holiday album Christmas. 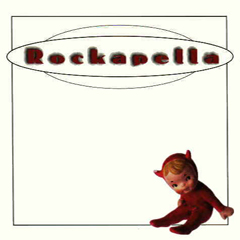 Rockapella is the eighth overall and third North American studio album by the a cappella group Rockapella. It contains mostly very-updated versions of previously recorded material following a membership change. The album was independently released from 1997 to 1998 until it was licensed by J-Bird Records in 1998 and released in 1999 as Don't Tell Me You Do with additional tracks and minus "Bed of Nails". Rockapella is the first album on which tenor Kevin Wright can be heard.

Lucky Seven is the second and sixth studio album released in North America and Japan, respectively, by the a cappella group Rockapella. As the name suggests, it is the seventh overall studio album by the group. While the Japanese version was awaiting release in the fall of 1996 on ForLife Records, the group independently released it in the United States beginning that summer to be sold at concerts and via mail order. The Japanese version, titled Lucky Seven: Memories and Dreams, has different artwork, a different track order, and three more songs than the US version. This album is also the last album with Rockapella's founding member Sean Altman before his departure from the group the following year in 1997.

Primer is the sixth studio album by the a cappella group Rockapella and marks their North American debut. Its track list was intended to represent the band's live show at the time and was recorded 99% live-in-studio over the course of two days at Sonalysts Studios in Connecticut, with the exception of the bonus track, "Shambala," which was recorded prior to the Sonalysts sessions.

4 Runner was an American country music vocal group founded in 1993 by Craig Morris, Billy Crittenden, Lee Hilliard, and Jim Chapman. Signed to Polydor Records Nashville, the quartet released its self-titled debut album in 1995. It featured four charting singles on Hot Country Songs, the most successful being "Cain's Blood" at No. 26. Billy Simon took Crittenden's place just before a second album for A&M Records, which was not released despite producing a chart single, and the band broke up afterward. Chapman, Hilliard, and Morris reunited with third baritone singer Michael Lusk to release its next album, Getaway Car, on the Fresh label before disbanding a second time.

Motherlode was a Canadian pop rock group formed in 1969 in London, Ontario. The group scored some success in the US with their single, "When I Die", which hit #1 in Canada and #18 on the U.S. Billboard Hot 100 chart in 1969. The group didn't have a bass guitarist. William Smith would play the bass notes on his keyboard. They did however use bass players on their studio recordings.

Dr. Music was a Toronto jazz group founded in 1969 by producer, arranger and performer Doug Riley. The band recorded three albums and toured across Canada. The personnel of the band changed throughout its history, with Riley remaining at the core of the group.

"Jim Dandy" is a song written by Lincoln Chase, and was first recorded by American R&B singer LaVern Baker on December 21, 1955. It reached the top of the R&B chart and #17 on the pop charts in the United States. It was named one of The Rock and Roll Hall of Fame's 500 Songs that Shaped Rock and Roll and was ranked #352 on Rolling Stone's 500 Greatest Songs of All Time.

"Callin' Baton Rouge" is a country music song written by Dennis Linde. It was originally recorded by The Oak Ridge Boys on their 1978 album Room Service, and was later recorded by New Grass Revival on their 1989 album Friday Night in America, and more famously by Garth Brooks on his 1993 album In Pieces. Brooks' rendition, the fifth single from the album, reached a peak of number two on the U.S. country singles charts in 1994. The number one spot was occupied by "She's Not the Cheatin' Kind" by Brooks & Dunn.

Where in the World Is Carmen Sandiego? is the soundtrack to the game show of the same name that ran from 1991 to 1995. Rockapella, the house band on the show throughout its entire run, performed six of the ten songs on the album. 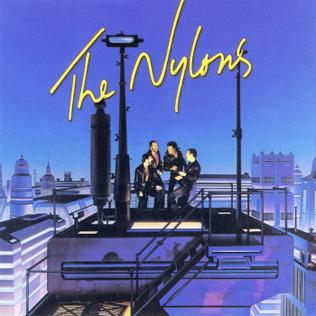 The Nylons is the debut album from the Canadian a cappella quartet The Nylons released on Attic Records. The platinum-selling album contains their cover version of "The Lion Sleeps Tonight", and other hit songs as well as the group members' own compositions. Group members were Marc Connors (tenor), Claude Morrison (tenor), Paul Cooper (baritone) and Arnold Robinson (bass). The album reached number 8 in Canada.