The Rough and the Smooth

The Rough and the Smooth (alternative title: Portrait of a Sinner) is a 1959 British drama film directed by Robert Siodmak and starring Nadja Tiller, Tony Britton, William Bendix and Natasha Parry. The screenplay concerns an archaeologist who has an affair with a German woman, putting his engagement to another woman in jeopardy. [1]

The film was shot at the MGM-British Studios and on location around London. [2]

It was based on the 1951 novel by Robin Maugham. It was distributed in Germany by Gloria Film. In 1961 it was given an American release by American International Pictures.

In late 1950s London an upper-class archeologist Mike Thompson (Tony Britton) by chance meets a mysterious German woman Ila Hansen (Nadja Tiller) in a bar; later they share a taxi and he takes her back to the house where

he lives with his parents. They embark on a torrid love affair during which she constantly lies and deceives him and threatens to ruin his long-term relationship with his fiancee, Margaret Goreham (Natasha Parry). 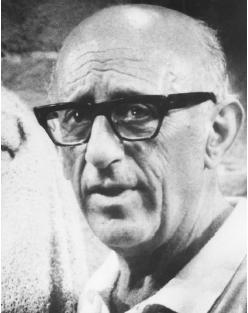 Robert Siodmak was a German film director who also worked in the United States. He is best remembered as a thriller specialist and for a series of films noirs he made in the 1940s, such as The Killers (1946). 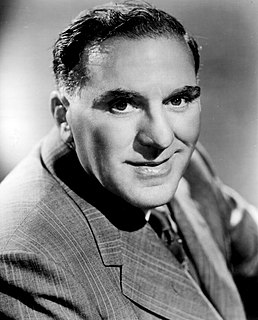 William Bendix was an American film, radio, and television actor, who typically played rough, blue-collar characters. He is best remembered for his role in Wake Island, which earned him an Academy Award nomination for Best Supporting Actor. He also portrayed the clumsily earnest aircraft plant worker Chester A. Riley in both the radio and television versions of The Life of Riley, and baseball player Babe Ruth in The Babe Ruth Story. Bendix was a frequent co-star of Alan Ladd, the two appearing in ten films together; both actors coincidentally died in 1964. 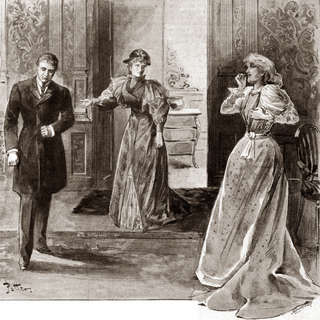 Criss Cross is a 1949 American film noir crime film directed by Robert Siodmak and starring Burt Lancaster, Yvonne De Carlo and Dan Duryea, from Don Tracy's novel of the same name. This black-and-white film was shot partly on location in the Bunker Hill section of Los Angeles. The film was written by Daniel Fuchs. Miklós Rózsa scored the film's soundtrack. It was remade as The Underneath in 1995. 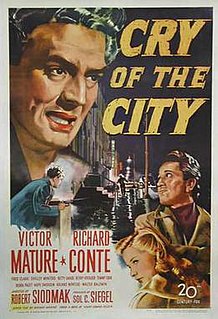 Cry of the City is a 1948 American film noir starring Victor Mature, Richard Conte, and Shelley Winters. Directed by Robert Siodmak, it is based on the novel by Henry Edward Helseth, The Chair for Martin Rome. The screenwriter Ben Hecht worked on the film's script, but is not credited. The film was partly shot on location in New York City.

Midnight Lace is a 1960 American neo noir mystery thriller film directed by David Miller and starring Doris Day, Rex Harrison, and John Gavin. The plot centers on a woman who is threatened by an anonymous stalker but has a hard time convincing others of what is happening. The screenplay by Ivan Goff and Ben Roberts was based on the play Matilda Shouted Fire by Janet Green. The new title referred to a lacy dress that Day's character purchases early in the film and wears at the climax.

Father, Dear Father is a British television sitcom produced by Thames Television for ITV from 1968 to 1973 starring Patrick Cargill. It was subsequently made into a spin-off film of the same title released in 1973. 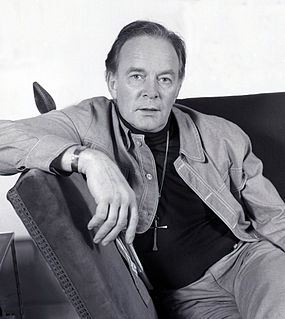 Anthony Edward Lowry Britton was an English actor. He appeared in a variety of films and television sitcoms (including Don't Wait Up and Robin's Nest 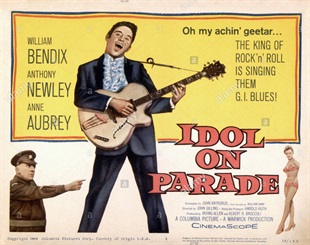 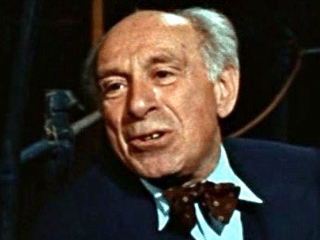 Her Private Hell is a 1968 British sexploitation film. It is the feature film directorial debut of Norman J. Warren and the first of two films that he made for Bachoo Sen and Richard Schulman, founders of production company Piccadilly Pictures. It has been described as "Britain's first narrative sex film".

The Buddenbrooks is a 1959 West German drama film directed by Alfred Weidenmann and starring Liselotte Pulver, Hansjörg Felmy, Nadja Tiller. It was released in two parts. It is an adaptation of the 1901 novel of the same name by Thomas Mann.

The Nina B. Affair is a 1961 French-West German drama film directed by Robert Siodmak and starring Nadja Tiller, Pierre Brasseur and Walter Giller.