The Tenth Man is a 1936 British drama film directed by Brian Desmond Hurst and starring John Davis Lodge, Antoinette Cellier and Athole Stewart. It is based on the play The Tenth Man by W. Somerset Maugham. [1]

George Winter (John Lodge) is a self-made businessman and M.P., who lets nothing stand in the way of his ambition, believing that nine out of ten men are rogues or fools. Whenever Winter meets a rival who can't be bought, he destroys them through methods both legal and underhand. His wife Catherine (Antoinette Cellier) is intent on divorce, but with the scandal potentially damaging to his election campaign, Winter blackmails her into staying with him. Then, Winter meets his 'tenth man': Jim Ford (Clifford Evans), a victim who refuses to be silenced by threat or bribery, who has the power to expose one of Winter's shady gold mine deals, and bring his house of cards crashing down.

Writing for The Spectator in 1936, Graham Greene gave the film a good review, lauding director Hurst for his "well-directed film" and noting that "there was nothing in Mr Hurst's two previous films, Riders to the Sea and Ourselves Alone, to show him capable of these humorous and satirical political sequences, and the very fine melodramatic close". Greene's only complaint was directed to the acting of actor Lodge whose performance appeared stiff. [2]

TV Guide gave the film two out of five stars, calling it "An intriguing drama.... Cleverly written from a play by W. Somerset Maugham." [3]

William Somerset Maugham was an English playwright, novelist, and short story writer. He was among the most popular writers of his era and reputedly the highest-paid author during the 1930s. 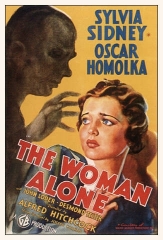 Sabotage, also released as The Woman Alone, is a 1936 British espionage thriller film directed by Alfred Hitchcock and starring Sylvia Sidney, Oskar Homolka, and John Loder. It is loosely based on Joseph Conrad's 1907 novel The Secret Agent, about a woman who discovers that her husband, a London cinema owner, is a terrorist agent. 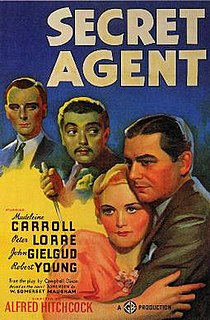 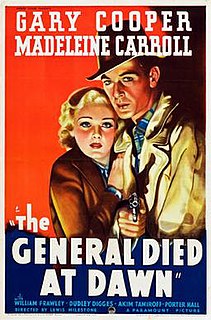 The Moon's Our Home is a 1936 American comedy film directed by William A. Seiter. It was adapted from a novel of the same name written by Faith Baldwin and first published in serial form in Cosmopolitan magazine. 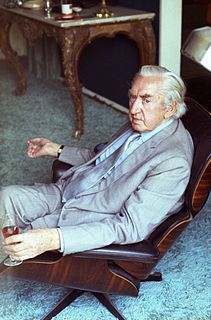 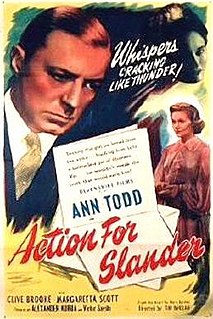 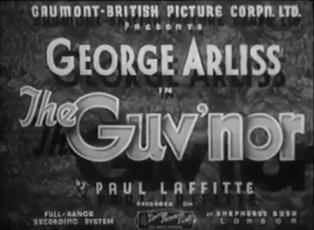 The Guv'nor is a 1935 British comedy film starring George Arliss as a tramp who rides a series of misunderstandings and becomes the president of a bank. The film was re-released in England in 1944 and 1949. It was released in the US as Mr. Hobo.

The Tenth Man may refer to: 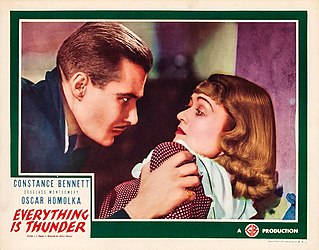 Everything Is Thunder is a 1936 British thriller film directed by Milton Rosmer and starring Constance Bennett, Douglass Montgomery and Oskar Homolka. Its plot concerns a British officer who attempts to escape from a German Prisoner of War camp during the First World War.

Riders to the Sea is a British film shot in 1935 in Ireland. It is based on 1904 play of the same name, written by John Millington Synge. It was directed by Brian Desmond Hurst with Sara Allgood and Denis Johnston in the title roles. A story in a fishing community in a West of Ireland, it concerns Maurya, a woman who loses her husband and her sons at the sea.