Thomas J. Sugrue (born 1962, Detroit, Michigan) is an American historian of the 20th-century United States at New York University. [1] From 1991 to 2015, he was the David Boies Professor of History and Sociology at the University of Pennsylvania [2] and founding director of the Penn Social Science and Policy Forum. [3] His areas of expertise include American urban history, American political history, housing and the history of race relations. He has published extensively on the history of liberalism and conservatism, on housing and real estate, on poverty and public policy, on civil rights, and on the history of affirmative action.(gibs)

Sugrue began his teaching career at the University of Pennsylvania in 1991. He has also been a visiting faculty member at New York University, Harvard University, and the Ecole des Hautes Etudes en Sciences Sociales in Paris. Sugrue's first book, The Origins of the Urban Crisis (Princeton University Press, 1996) was widely acclaimed. It won the prestigious Bancroft Prize in History, [6] the President's Book Award of the Social Science History Association, the Philip Taft Prize in Labor History, the Urban History Association Prize for Best Book in North American Labor History, [7] and was selected as a Choice Outstanding Book. In 2005, Princeton University Press selected Origins of the Urban Crisis as one of its 100 most influential books of the preceding century and issued it as a Princeton Classic. Sugrue has also edited two other books, W.E.B. DuBois, Race, and the City (University of Pennsylvania Press, 1998), with Michael B. Katz, and The New Suburban History (University of Chicago Press, 2005), with Kevin M. Kruse. His 2008 book Sweet Land of Liberty: The Forgotten Struggle for Civil Rights in the North was a finalist for the Los Angeles Times Book Prize in History [8] and a main selection of the History Book Club. He is also author of Not Even Past: Barack Obama and the Burden of Race. [9] His most recent book is These United States: The Making of a Nation, 1890 to the Present with Glenda Gilmore. He is currently writing a history of the rise and transformation of the real estate industry in modern America. He has also published essays and reviews in the Wall Street Journal , New York Times , Washington Post , The Nation , London Review of Books , Chicago Tribune , Philadelphia Inquirer , and Detroit Free Press . In 2010 he served as a guest-blogger for Ta-Nehisi Coates at The Atlantic . [10]

Sugrue has won fellowships and grants from the Brookings Institution, the Social Science Research Council, the Guggenheim Foundation, the American Council of Learned Societies, the American Philosophical Society, and the Institute for Advanced Study in Princeton. [11] He was an inaugural Alphonse Fletcher Foundation Fellow, [12] and was in the first class of Andrew Carnegie Fellows in 2015. [13] He is an elected Fellow of the American Academy of Arts and Sciences, [14] the New York Institute for the Humanities, [15] and is the Walter Lippmann Fellow of the American Academy of Political and Social Science. [16] In 2013-14, he served as President of the Urban History Association. [17] In 2016, he received an honorary doctorate from Wayne State University. [18]

Sugrue is active in civic affairs. Most notably, he served as an expert for the University of Michigan in two federal court cases regarding affirmative action in the undergraduate and law school admissions-- Grutter v. Bollinger and Gratz v. Bollinger , decided by the U.S. Supreme Court in 2003. [19] He served as vice chair of the City of Philadelphia Historical Commission from 2001-2008. [20] Sugrue is a popular teacher—winner of two teaching awards—and mentor to many dissertation students. He is also a well-regarded public speaker, having given more than 300 talks to audiences at universities, foundations, community groups, and religious congregations throughout the United States and in Canada, Britain, France, Argentina, Japan, Israel, and Germany. Sugrue has appeared in several television series and documentary films. [21]

Detroit, the largest city in the state of Michigan, was settled in 1701 by French colonists. It is the first European settlement above tidewater in North America. Founded as a New France fur trading post, it began to expand during the 19th century with American settlement around the Great Lakes. By 1920, based on the booming auto industry and immigration, it became a world-class industrial powerhouse and the fourth-largest city in the United States. It held that standing through the mid-20th century.

Augustus Brevoort Woodward was the first Chief Justice of the Michigan Territory. In that position, he played a prominent role in the reconstruction of Detroit following a devastating fire in 1805. He promoted an urban design based on radial avenues, as in Washington, DC and Paris. He is also known as one of the founders of the University of Michigan, established by the legislature in 1817. 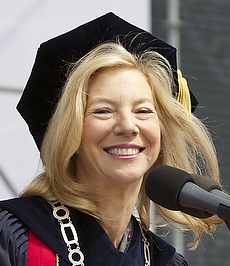 Lizabeth Cohen is the current Howard Mumford Jones Professor of American Studies in the History Department at Harvard University, as well as a Harvard University Distinguished Service Professor. From 2011-2018 she served as the Dean of Harvard's Radcliffe Institute for Advanced Study. Currently, she teaches courses in 20th-century America, with a focus on urbanism, the built environment, and public history. She has also served as the Chair of the History Department at Harvard, director of the undergraduate program in history, and director of the Charles Warren Center for Studies in American History, among other administrative duties.

Rogers M. Smith is an American political scientist and author noted for his research and writing on American constitutional and political development and political thought, with a focus on issues of citizenship and racial, gender, and class inequalities. His work identifying multiple, competing traditions of national identify including “liberalism, republicanism, and ascriptive forms of Americanism” has been described as "groundbreaking". Smith is the Christopher H. Browne Distinguished Professor of Political Science at the University of Pennsylvania. He was the president of the American Political Science Association (APSA) for 2018–2019.

Robert Sean Wilentz is the George Henry Davis 1886 Professor of American History at Princeton University, where he has taught since 1979. His primary research interests include U.S. social and political history in the nineteenth and twentieth centuries. He has written numerous award-winning books and articles including, most notably, The Rise of American Democracy: Jefferson to Lincoln, which was awarded the Bancroft Prize and was a finalist for the Pulitzer Prize.

The 1943Detroit race riot took place in Detroit, Michigan, of the United States, from the evening of June 20 through to the early morning of June 22. It occurred in a period of dramatic population increase and social tensions associated with the military buildup of U.S. participation in World War II, as Detroit's automotive industry was converted to the war effort. Existing social tensions and housing shortages were exacerbated by racist feelings about the arrival of nearly 400,000 migrants, both African-American and White Southerners, from the Southeastern United States between 1941 and 1943. The new migrants competed for space and jobs, as well as against European immigrants and their descendants. 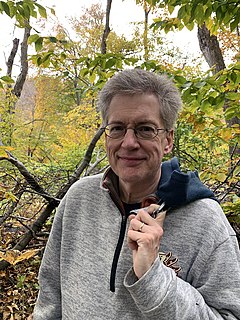 Kevin Boyle is an American author and the William Smith Mason Professor of American History at Northwestern University. His 2004 book, Arc of Justice: A Saga of Race, Civil Rights, and Murder in the Jazz Age, won the National Book Award. 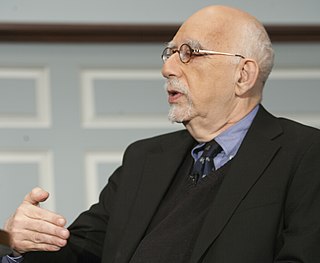 Ira I. Katznelson is an American political scientist and historian, noted for his research on the liberal state, inequality, social knowledge, and institutions, primarily focused on the United States. His work has been characterized as an "interrogation of political liberalism in the United States and Europe—asking for definition of its many forms, their origins, their strengths and weaknesses, and what kinds there can be".

Louis C. Miriani was an American politician who served as mayor of Detroit, Michigan (1957–62). To date, he remains the most recent Republican to serve as Detroit's mayor.

The Origins of the Urban Crisis: Race and Inequality in Postwar Detroit is the first book by historian and Detroit native Thomas J. Sugrue in which he examines the role race, housing, job discrimination, and capital flight played in the decline of Detroit. Sugrue argues that the decline of Detroit began long before the 1967 race riot. Sugrue argues that institutionalized and often legalized racism resulted in sharply limited opportunities for African Americans in Detroit for most of the 20th century. He also argues that the process of deindustrialization, the flight of investment and jobs from the city, began in the 1950s as employers moved to suburban areas and small towns and also introduced new labor-saving technologies. The book has won multiple awards including a Bancroft Prize in 1998. 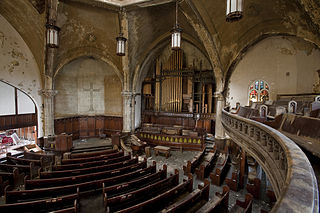 The city of Detroit, in the U.S. state of Michigan, has gone through a major economic and demographic decline in recent decades. The population of the city has fallen from a high of 1,850,000 in 1950 to 680,000 in 2015, removing it from the top 20 of US cities by population for the first time since 1850. Local crime rates are among the highest in the United States, and vast areas of the city are in a state of severe urban decay. In 2013, Detroit filed the largest municipal bankruptcy case in U.S. history, which it successfully exited on December 10, 2014. Poverty, crime, shootings, drugs and urban blight in Detroit are ongoing problems.

According to the U.S. Census Bureau, Black or African Americans living in Detroit accounted for 79.1% of the total population, or approximately 532,425 people as of 2017 estimates. According to the 2000 U.S. Census, of all U.S. cities with 100,000 or more people, Detroit had the second-highest percentage of Black people. 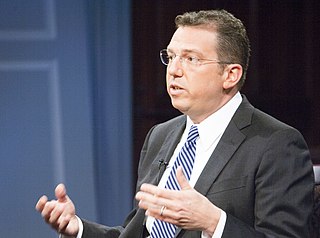 Kevin Michael Kruse is an American historian. He is professor of history at Princeton University. His research interests include the political, social, and urban/suburban history of 20th-century America, with a particular focus on the making of modern conservatism. Outside of academia, Kruse has attracted substantial attention and following for his Twitter threads where he provides historical context and applies historical research to current political events.

Heather Ann Thompson is an American historian, author, activist, professor, and speaker from Detroit, Michigan. Thompson won the 2017 Pulitzer Prize in History, the 2016 Bancroft Prize, and other awards for her work Blood in the Water: The Attica Prison Uprising of 1971 and Its Legacy.

John L. Jackson Jr. is an American anthropologist, filmmaker, author, and university administrator. He is presently the Richard Perry University Professor and the Walter H. Annenberg Dean of the University of Pennsylvania Annenberg School for Communication. Jackson is the author of Harlemworld: Doing Race and Class in Contemporary Black America (2001); Real Black: Adventures in Racial Sincerity (2005); Racial Paranoia: The Unintended Consequences of Political Correctness (2008); Thin Description: Ethnography and the African Hebrew Israelites of Jerusalem (2013). He has also directed films that explore questions of race, diaspora, migration, and media.

Scott Kurashige is Professor and Chair of Comparative Race and Ethnic Studies at Texas Christian University. He is author of The Shifting Grounds of Race: Black and Japanese Americans in the Making of Multiethnic Los Angeles (2008) and The Fifty-Year Rebellion: How the U.S. Political Crisis Began in Detroit (2017). With Grace Lee Boggs, he co-authored The Next American Revolution: Sustainable Activism for the Twenty-First Century (2011) and was also a co-author and co-editor of Exiled to Motown: A History of Japanese Americans in Detroit.