Last updated August 31, 2020
For other people named Thomas Thorp or Thorpe, see Thomas Thorpe (disambiguation).
Speaker of the House of Commons of England

He worked as a clerk in the royal Exchequer, reaching a position of Third Baron of the Exchequer in 1452. [1] His parliamentary career began in October 1449 when he was elected junior knight of the shire (MP) of Northamptonshire with Thomas Tresham. He was later knight of the shire for Essex and was elected Speaker for the first part of the 19th Parliament of King Henry VI in 1453. In 1454 he was imprisoned in the Fleet Prison for falsely confiscating property of the Duke of York and was replaced as Speaker by Sir Thomas Charlton, the House of Commons having failed to secure his release.

In 1455 he became Chancellor of the Exchequer but his enemy the Duke of York accused him of intercepting messages to the King which might have prevented the Battle of St Albans and Thorpe was stripped of all his public offices. On his return to favour in 1457 he was made keeper of the privy wardrobe in the Tower of London for life and in 1458 was appointed Second Baron of the Exchequer, serving until 1460. [1] At the parliament of 1459 he gained his revenge on the Duke of York by helping to draw up the bill of attainder declaring York and his leading followers to be traitors.

In 1460 he was captured after the Battle of Northampton and brought back to London as a prisoner and once more stripped of his offices. He escaped from prison, but was recaptured and sent to the Tower. He escaped a second time but on 17 February 1461 was caught in Harringay by a London mob and summarily beheaded.

He had married Joan and was succeeded by his son and heir Roger. Some sources may give the dates of his Speakership as being between 1452 and 1453 as, at the time, the new year did not begin in England until a date in March. The dates given above are on the basis of the year starting on 1 January. 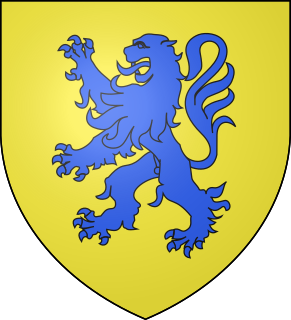 The Percy–Neville feud was a series of skirmishes, raids, and vandalism between two prominent northern English families, the House of Percy and the House of Neville, and their followers, that helped provoke the Wars of the Roses. The original reason for the long dispute is unknown, and the first outbreaks of violence were in the 1450s, prior to the Wars of the Roses. The antagonists would later meet in battle several times during the feud.

Sir John Say was an English courtier, MP and Speaker of the House of Commons.

John Wenlock, 1st Baron Wenlock was an English politician, diplomat, soldier and courtier. He fought on the sides of both the Yorkists and the Lancastrians in the Wars of the Roses. He has been called "the prince of turncoats", although some historians suggest the label may not be fair. Others contend that even when Wenlock was not actually changing sides, he was engaged in "fence sitting par excellence."

Walter Devereux, 8th Baron Ferrers of Chartleyjure uxoris was an English nobleman and a loyal supporter of the House of York during the Wars of the Roses. He was a member of the inner circle of King Edward IV, and died fighting for Edward's younger brother, King Richard III, at the Battle of Bosworth in 1485.

Sir John Fray was an English lawyer who was Chief Baron of the Exchequer and a Member of Parliament.

Sir Walter Devereux of Bodenham and Weobley was a loyal supporter of Richard of York, 3rd Duke of York during the Wars of the Roses. He was Lord Chancellor of Ireland from 1449 to 1451.

Sir John Wood was Speaker of the House of Commons of England between January 1483 and February 1483. 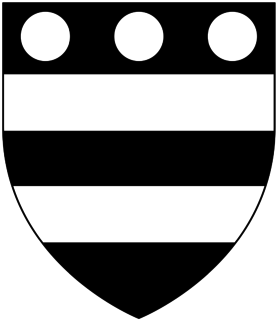 Robert Hungerford, 3rd Baron Hungerford (c.1429–1464) was an English nobleman. He supported the Lancastrian cause in the War of the Roses. In the late 1440s and early 1450s he was a member of successive parliaments. He was a prisoner of the French for much of the 1450s until his mother arranged a payment of a 7,966l ransom. In 1460 after successive defeats on the battlefield he fled with Henry VI to Scotland. In 1461 he was attainted in Edward IV's first parliament, and executed in Newcastle soon after he was captured at the Battle of Hexham.

John Beaumont, 1st Viscount Beaumont, was an English nobleman and magnate from Folkingham, Lincolnshire. He was a councillor to King Henry VI and was rewarded for his services, becoming a leading member of the East Anglian nobility. Beaumont held numerous offices for the crown, and was promoted up the peerage to become the first man with the rank of viscount. He also amassed immense personal wealth, acquired through inheritance, marriage, and royal patronage.

Sir Thomas Neville was the second son of Richard Neville, 5th Earl of Salisbury, a major nobleman and magnate in the north of England during the fifteenth-century Wars of the Roses, and a younger brother to the more famous Richard Neville, Earl of Warwick, the 'Kingmaker'. Thomas worked closely with them both in administering the region for the Crown, and became a significant player in the turbulent regional politics of northern England in the early 1450s, especially in the Neville family's growing local rivalry with the House of Percy. His wedding in August 1453 is said to have marked the beginning of the armed feud between both houses, in which Thomas and his brother John led a series of raids, ambushes and skirmishes across Yorkshire against the Percy family. Historians describe the feud as setting the stage for the Wars of the Roses, the dynastic struggle between the houses of Lancaster and York for the English throne, and Thomas played a large role in the Neville family's alliance with his uncle, Richard, Duke of York.