Thornton High School is a high school located in Thornton, Colorado that serves nearly 2,000 students and has approximately 130 staff members.

Merritt Hutton Junior-Senior High School served the communities of Northglenn and Thornton until the early 1970s, when it was scaled back to a junior high program and high school students began being served by two new high schools. Thornton High School opened in 1974.

The district's Five Star Stadium is adjacent to the school.

The International Baccalaureate (IB) Middle Years Programme (MYP) is an educational programme intended for students aged approximately 11 to 16 (grades 6–10 in international schools, the United States, Canada and Australia). Thus, in the United States the programme is often taught throughout the middle school years and the first two years of high school. Typically, middle schools and high schools work in coordination with each other when the programme can not be entirely hosted within one combined school. However, Willams Middle School, in Tampa, Florida, and later, Herbert Ammons Middle School in Miami, Florida, have been granted the authority to host the a full MYP curriculum in only grades 6, 7, and 8. The full programme lasts five years although more limited programmes can be adopted with permission from the International Baccalaureate Organization (IBO). Official MYP documentation is available from the IBO in English, French, Spanish and Chinese.

The IBO contends that the MYP programme naturally prepares students for the IB Diploma Programme (DP) and there are significant parallels in structure and philosophy.

The International Baccalaureate Diploma Programme (DP) is an educational programme examined in one of three languages (English, French or Spanish) and is a university entrance course. It is taught in 2,075 schools, often in international schools, in 125 countries (as of 2007). More than half of the schools offering the Diploma Programme are state funded schools. The programme, administered by the International Baccalaureate Organization, is the most widely recognized pre-university educational programme. However, it remains less popular than nationally affiliated preparatory programs in most countries, such as that of the Advanced Placement examination system in the United States, the A-level in the United Kingdom, the HSC (higher school certificate) in Australia or Advanced Highers system in Scotland.

Cheerleading is held all year.

Goulash is the school's literary magazine.

The Trojan Voice is the school's newspaper.

YBK is an abbreviation for "yearbook," and was created in the 2005–06 school year. Its official name is Retrospect.

Woodstock School is an international coeducational residential school located in Landour, a small hill station contiguous with the town of Mussoorie, Uttarakhand, India, in the foothills of the Himalayas.

The Aga Khan Academy, Nairobi is a private, co-educational not-for-profit school situated in the Parklands neighborhood of Nairobi, Kenya. The school was established in 1970. The academy became an IB World School on 12 November 1999.

The American International School of Kuwait is a private school located in Maidan Hawalli, Kuwait, offering education from grades K to 12. The school has been a member of IBO since 1993. The school's curriculum is based mostly on the US curriculum, however religion and Arabic classes are provided due to the Ministry of Education's requirement. The school has a review in the Good Schools Guide International, which states, "The school has a relaxed yet purposeful air to it throughout," adding, "Given that a majority of the students do not speak English as a first language, they do reasonably well."

Symbiosis International School is an International Baccalaureate school located in Pune, India, founded in 2005. It offers students a 12-year education, starting with Early Years 1-3 Programme, IB Primary Years Programme (PYP), IB Middle Years Programme (MYP),Cambridge IGCSE and IB Diploma Programme (DP). It is located in the north-east side of Pune city, in Viman Nagar. The school is built on a campus shared with Symbiosis International University. The two institutions share many facilities, such as a football pitch, basketball courts, first-aid facilities, and an amphitheatre.

KIS International School is a co-educational full International Baccalaureate world school in Bangkok, Thailand, serving students ages 3 to 19. This top international school in Bangkok is one of the few international schools to offer three IB programmes: the PYP, the MYP and the IB Diploma. The IB results are strong and consistent and students are accepted at top universities around the world. KIS is medium-sized, with an outstanding academic programme, excellent and modern facilities and a warm and caring community. Students are respected and recognised as individuals, and new students are welcomed.

ISS International School is a co-educational international school in Singapore. It is an International Baccalaureate (IB) World School founded in 1981 and offers IB curriculum from Kindergarten to Grade 12. and is located along Preston Road and Depot Road, in the Alexandra neighbourhood of Singapore.

Dwight School London is an independent co-educational international school in North Finchley and Friern Barnet areas of north London, United Kingdom. The school educates children from the ages of 3-18 and consists of the senior, primary and nursery departments. It offers the International Baccalaureate programme at all levels.

The International School of the Basel Region AG  is an English-speaking school for students from ages 3–19 (PYP1-DP2). ISB is an authorised International Baccalaureate (IB) World School, and offers the following programmes:

Fairview International School is an International Baccalaureate (IB) school that was founded in Kuala Lumpur. It was established in 1978. It moved to its headquarters in Wangsa Maju (KL) from its Ampang campus and it also has campuses in Subang Jaya (Selangor), Penang Island, and Johor Bahru. The school opened a new campus in Ipoh in 2014. Notable alumni include, Han Jisung of South Korean Boygroup Stray Kids. 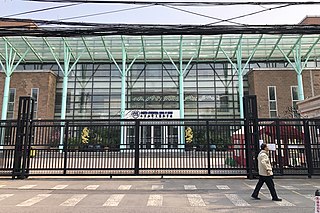 The Canadian International School of Beijing is a Canadian international school in Chaoyang District, Beijing.

Xi’an Hanova International School is an international school established in Xi'an, China in 2012. 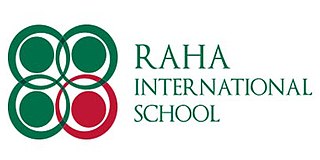 Sinarmas World Academy (SWA) is a private school in South Tangerang. SWA opened its first classes from Pre-K to Grade 7 in July 2008. Grade 9 and Grade 10 were added in 2009 and Grade 11 with the start of the IB Diploma Programme in August 2010. English is the language of instruction, and all students study Bahasa Indonesia and Mandarin. SWA offers a Chinese programme in partnership with the Peking University Kindergarten, Elementary School, and High School, Beijing, China.