Thorpe Larches is a small hamlet in County Durham in North East England, situated between Sedgefield and Stockton-on-Tees. There are approximately 21 buildings, 19 of which are houses, and the other two a costume store and a packaging warehouse. The hamlet has around 60 residents.

The village is within catchment range of at least one primary school and one secondary school. 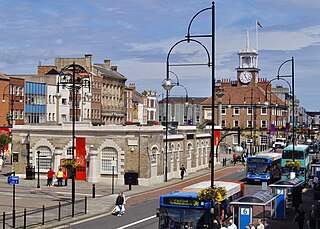 Sedgefield is a town and civil parish in County Durham, England. It had a population of 5,211 as at the 2011 census. 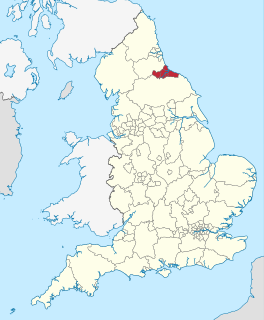 Preston-on-Tees is a settlement and civil parish on the northern edge of Eaglescliffe, in the borough of Stockton-on-Tees and ceremonial county of County Durham, England. The civil parish population at the 2011 census was 1,689. It is home to Preston Park and Preston Hall.

Grindon is a village and former civil parish in the borough of Stockton-on-Tees, in County Durham, England. The civil parish population at the census 2001 was 2,603 reducing to 2,484 at the 2011 Census. It is situated between Sedgefield and Stockton-on-Tees, near to Thorpe Larches. The place name of "Grindon" is derived from the word 'dun', which meant hill. Grindon is situated in the Upland Fells, formed of Carboniferous millstone grit. "The alternating strata of harder and softer rocks give a stepped profile to many dale sides and distinctive flat-topped summits to the higher fells." The village of Grindon is now in the parish of Grindon and Thorpe Thewles.

Redmarshall is a village and civil parish in the borough of Stockton-on-Tees and ceremonial county of County Durham, England. The population as of the 2011 census was 287. Redmarshall is situated to the west of Stockton-on-Tees, just north of the A66 road which is one of the main trunk routes through Teesside. It is home to the Church of Saint Cuthbert and a pub called The Ship. It has a green in the centre and roads such as Church Lane, Coniston Crescent and Windermere Avenue, named after waters in the Lake District. Ferguson Way is the newest addition to the village. A small wood is a short way out of the village and down a bank past Ferguson Way. There is a new housing estate called the langtons being built on the old remains of the mains care home. 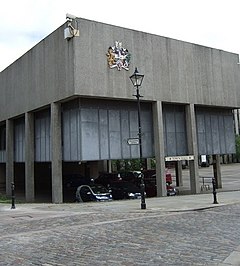 Borough of Darlington is a unitary authority area in the lieutenancy area of County Durham and a part of the Tees Valley region, Northern England. The borough town is Darlington and, in 2011, had a resident population of 106,000.

The River Skerne is a tributary of the River Tees. It flows through County Durham in England.

There have been two baronetcies created for members of the Ropner family, both in the Baronetage of the United Kingdom. Both creations are still extant. The Ropner family is of German descent. 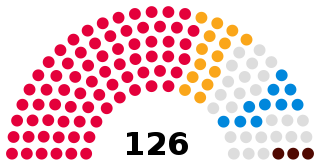 Durham County Council is the local authority of the non-metropolitan County Durham in North East England, i.e., excluding the ceremonial county's boroughs of Darlington, Hartlepool and Stockton-on-Tees, which have their own unitary authority councils. Since 2009, it has been a unitary authority, having the powers of a non-metropolitan county and district council combined. From 1889 to 2009, it was a county council in a two-tier arrangement.

Winterton Hospital was a psychiatric hospital north of Sedgefield in County Durham, England. 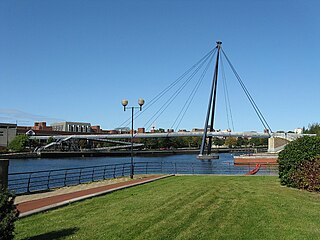 George Alexander Howe is a retired Anglican priest. He was Archdeacon of Westmorland and Furness from 2000 until 2011.

Wynyard railway station was a railway station on the Castle Eden branch of the North Eastern Railway (NER) from 1880 to 1931. It was located immediately to the south of the bridge carrying the Hartlepool to Sedgefield road and served little more than a few scattered hamlets, including Embleton and Swainston. Despite its name, the station was poorly situated for Wynyard Park which was better served by the neighbouring station at Thorpe Thewles.