In psychiatry, thought broadcasting is the belief that others can hear or are aware of an individual's thoughts. [1]

A mental disorder, also called a mental illness or psychiatric disorder, is a behavioral or mental pattern that causes significant distress or impairment of personal functioning. Such features may be persistent, relapsing and remitting, or occur as a single episode. Many disorders have been described, with signs and symptoms that vary widely between specific disorders. Such disorders may be diagnosed by a mental health professional. 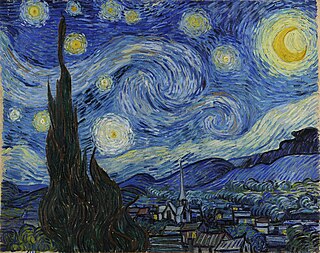 Psychosis is an abnormal condition of the mind that results in difficulties determining what is real and what is not real. Symptoms may include delusions and hallucinations. Other symptoms may include incoherent speech and behavior that is inappropriate for the situation. There may also be sleep problems, social withdrawal, lack of motivation, and difficulties carrying out daily activities. Psychosis can have serious outcomes. 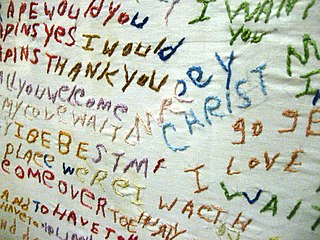 Schizophrenia is a psychiatric disorder characterized by continuous or relapsing episodes of psychosis. Major symptoms include hallucinations, delusions, and disorganized thinking. Other symptoms include social withdrawal, decreased emotional expression, and apathy. Symptoms typically come on gradually, begin in young adulthood, and in many cases never resolve. There is no objective diagnostic test; diagnosis is based on observed behavior, a history that includes the person's reported experiences, and reports of others familiar with the person. To be diagnosed with schizophrenia, symptoms and functional impairment need to be present for six months (DSM-5) or one month (ICD-11). Many people with schizophrenia have other mental disorders that often includes an anxiety disorder such as panic disorder, an obsessive–compulsive disorder, or a substance use disorder. 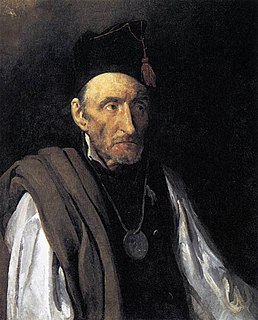 Delusional disorder is a generally rare mental illness in which a person presents delusions, but with no accompanying prominent hallucinations, thought disorder, mood disorder, or significant flattening of affect. Delusions are a specific symptom of psychosis. Delusions can be bizarre or non-bizarre in content; non-bizarre delusions are fixed false beliefs that involve situations that occur in real life, such as being harmed or poisoned. Apart from their delusion or delusions, people with delusional disorder may continue to socialize and function in a normal manner and their behavior does not necessarily generally seem odd. However, the preoccupation with delusional ideas can be disruptive to their overall lives.

In psychology, alogia, is a process of poor thinking inferred from speech and language usage. There may be a general lack of additional, unprompted content seen in normal speech: the replies to questions may be brief and concrete, with a reduction in spontaneous speech. This is termed poverty of speech or laconic speech. The amount of speech may be normal, but conveys little information because the phrases are vague, empty, stereotyped, overconcrete, overabstract, or repetitive. This is termed poverty of content or poverty of content of speech. Under Scale for the Assessment of Negative Symptoms used in clinical research, thought blocking is considered a part of alogia, and so is increased latency in response.

Avolition, as a symptom of various forms of psychopathology, is the decrease in the ability to initiate and persist in self-directed purposeful activities. Such activities that appear to be neglected usually include routine activities, including hobbies, going to work and/or school, and most notably, engaging in social activities. A person experiencing avolition may stay at home for long periods of time, rather than seeking out work or peer relations. 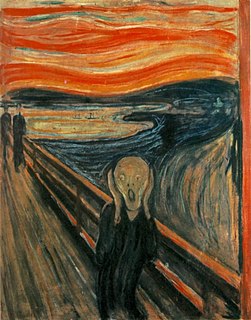 The mental status examination (MSE) is an important part of the clinical assessment process in neurological and psychiatric practice. It is a structured way of observing and describing a patient's psychological functioning at a given point in time, under the domains of appearance, attitude, behavior, mood, and affect, speech, thought process, thought content, perception, cognition, insight, and judgment. There are some minor variations in the subdivision of the MSE and the sequence and names of MSE domains.

This glossary covers terms found in the psychiatric literature; the word origins are primarily Greek, but there are also Latin, French, German, and English terms. Many of these terms refer to expressions dating from the early days of psychiatry in Europe.

In psychiatry, derailment is a thought disorder characterized by discourse consisting of a sequence of unrelated or only remotely related ideas. The frame of reference often changes from one sentence to the next.

Thought blocking, or simply blocking, is a phenomenon in which a person is talking about a subject and then abruptly changes to another topic. Thought blocking is part of a category called disorganized thought and speech processes. In this category, people express themselves in a manner that is not understandable to others, for example repeating words involuntarily, making up new words, as well as moving from one topic to another with sudden interruption, as in thought blocking. When doctors diagnose thought blocking, it is important that they consider the variety of causes of pauses in speech and expression, such as schizophrenia, hesitation brought on by anxiety, petit mal or absence seizures, dissociation, slow thought processes, aphasia, dementiaor delirium.

Childhood schizophrenia is essentially the same in characteristics as schizophrenia that develops at a later age, but has an onset before the age of 13, and is more difficult to diagnose. Schizophrenia is characterized by positive symptoms that can include hallucinations, delusions, and disorganized speech; negative symptoms, such as blunted affect and avolition and apathy, and a number of cognitive impairments. Differential diagnosis is problematic since several other neurodevelopmental disorders, including autism-spectrum disorder, language disorder, and attention deficit hyperactivity disorder, also have signs and symptoms similar to childhood-onset schizophrenia. 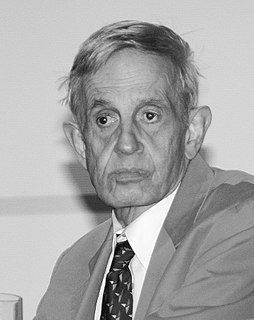 The prognosis of schizophrenia is varied at the individual level. In general it has great human and economics costs. It results in a decreased life expectancy of 12–15 years primarily due to its association with obesity, little exercise, and smoking, while an increased rate of suicide plays a lesser role. These differences in life expectancy increased between the 1970s and 1990s, and between the 1990s and 2000s. This difference has not substantially changed in Finland for example – where there is a health system with open access to care.

The diagnosis of schizophrenia, a psychotic disorder, is based on criteria in either the American Psychiatric Association's Diagnostic and Statistical Manual of Mental Disorders, or the World Health Organization's International Classification of Diseases (ICD). Clinical assessment of schizophrenia is carried out by a mental health professional based on observed behavior, reported experiences, and reports of others familiar with the person. Diagnosis is usually made by a psychiatrist. Associated symptoms occur along a continuum in the population and must reach a certain severity and level of impairment before a diagnosis is made. Schizophrenia has a prevalence rate of 0.3-0.7% in the United States

A religious delusion is any delusion involving religious themes or subject matter. Though some psychologists have characterized all or nearly all religion as delusion, most focus solely on a denial of any spiritual cause of symptoms exhibited by a patient and look for other answers relating to a chemical imbalance in the brain.

The Scale for the Assessment of Negative Symptoms (SANS) is a rating scale that mental health professionals use to measure negative symptoms in schizophrenia. Negative symptoms are those conspicuous by their absence—lack of concern for one's appearance, and lack of language and communication skills, for example. Nancy Andreasen developed the scale and first published it in 1984. SANS splits assessment into five domains. Within each domain it rates separate symptoms from 0 (absent) to 5 (severe). The scale is closely linked to the Scale for the Assessment of Positive Symptoms (SAPS), which was published a few years later. These tools are available for clinicians and for research.

The Scale for the Assessment of Positive Symptoms (SAPS) is a rating scale to measure positive symptoms in schizophrenia. The scale was developed by Nancy Andreasen and was first published in 1984. SAPS is split into 4 domains, and within each domain separate symptoms are rated from 0 (absent) to 5 (severe). The scale is closely linked to the Scale for the Assessment of Negative Symptoms (SANS) which was published a few years earlier.