Three Brothers is a group of summits in the U.S. state of Arkansas. [1] The summits are located in northwestern Baxter County and are traversed by Arkansas Route 5. The community of Three Brothers, Arkansas lies about 1.5 miles to the southeast of the peaks. The western peak of the group reaches an elevation of just over 1320 feet. [2]

There are three mountains in the group, hence the name. [3] 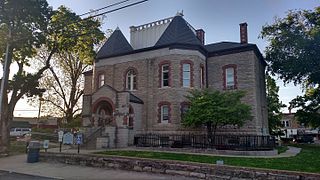 Marion County is located in the Ozark Mountains in the U.S. state of Arkansas. The county is named for Francis Marion, the famous "Swamp Fox" of the Revolutionary War. Created as Arkansas's 35th county in 1836, Marion County is home to one incorporated town and four incorporated cities, including Yellville, the county seat. The county is also the site of numerous unincorporated communities and ghost towns. The county included part of what is now Searcy County, Arkansas, with many opposing to dividing them, which helped fueled the bloody Tutt-Everett War between 1844 and 1850.

Success is a town in Clay County, Arkansas, United States. The population was 149 at the 2010 census.

Ash Flat is a city in Fulton and Sharp counties in the U.S. state of Arkansas. The population was 1,082 at the 2010 census. The city is the county seat of Sharp County.

The Presidential Range is a mountain range in the Green Mountains of the U.S. state of Vermont. All of the summits of the peaks in the range are located in Addison County but the eastern slopes in the northern part of the range extend into Washington County. The major peaks in the range are named for several U.S. presidents from the period of the American Civil War through World War I. 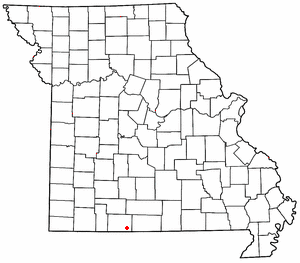 Protem is an unincorporated community in southeastern Taney County, Missouri, United States. It is located on Route 125, and is approximately two miles north of the Missouri-Arkansas state line. Protem is part of the Branson, Missouri Micropolitan Statistical Area.

Greenwood Mountain is the name of several mountain summits in the United States.

Barrier is an unincorporated community in Wayne County, in the U.S. state of Kentucky. The community is located on Kentucky Route 92.

Elevenpoint is an unincorporated community in Randolph County, Arkansas.

Harness is an extinct town in Stone County, Arkansas, United States. The GNIS classifies it as a populated place.

The Stanley Shale, or Stanley Group, is a Mississippian stratigraphic unit in the Ouachita Mountains of Arkansas and Oklahoma. First described in Arkansas in 1892, this unit was not named until 1902 by J.A. Taff in his study of the Ouachita Mountains of Oklahoma. Taff assigned the town of Stanley in Pushmataha County, Oklahoma as the type locality, but did not designate a stratotype. After introduction into Arkansas in 1909 by Albert Homer Purdue, the unit was redefined in 1918, when the formation known as the Fork Mountain Slate was abandoned and partially combined into the Stanley Shale. As of 2017, a reference section for the Stanley Shale has yet to be designated.