The conference was formed in 1971 by independents Caston, Culver, Northfield, and Triton, and former Mid-Indiana Conference (MIC) member North Miami. The conference grew in 1976, as Manchester joined from the Northern Lakes Conference (NLC), Southwood joined from the Mid-Indiana Conference, and two recent consolidations, Whitko (1971) and Tippecanoe Valley (1974) joined. Culver left for the Northern State Conference (NSC) at the same time. This incarnation would last for two years, until Caston left for the Midwest Athletic Conference.

Triton left for the NSC in 1980, and was replaced by two MIC schools: Eastern (Greentown) and Oak Hill. Eastern rejoined the MIC in 1987, and was replaced by NLC school Rochester. The lineup changed once morein 2006, when Oak Hill traded places with Central Indiana Athletic Conference member Wabash. The latest change was in 2015, as Maconaquah and Peru joined from the folding MIC.

Fulton County is a county located in the U.S. state of Indiana. As of 2010, the population was 20,836. The county seat is Rochester.

Ouiatenon was a dwelling place of members of the Wea tribe of Native Americans. The name Ouiatenon, also variously given as Ouiatanon, Oujatanon, Ouiatano or other similar forms, is a French rendering of a term from the Wea dialect of the Miami-Illinois language which means "place of the people of the whirlpool", an ethnonym for the Wea. Ouiatenon can be said to refer generally to any settlement of Wea or to their tribal lands as a whole, though the name is most frequently used to refer to a group of extinct settlements situated together along the Wabash River in what is now western Tippecanoe County, Indiana.

The Midwest Athletic Conference is a high school athletic conference in northwestern Indiana, which has existed in two different incarnations, with a third planned to form in 2018. The original conference began in 1932, consisting of schools that were larger than most of their counterparts in their local county leagues. The schools were based in Benton, Fountain, Jasper, Newton, Tippecanoe, Warren, and White counties. The forming of the Kankakee Valley Conference the next year caused a slight fluctuation over the next couple of years, as schools realigned themselves within the two leagues, with some schools claiming dual membership. The league folded in 1947, as size disparities and willingness to sponsor some sports led to schools going their separate ways. 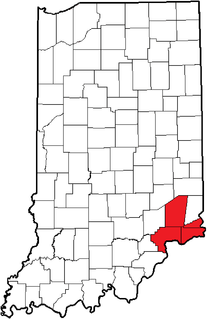 The Ohio River Valley Conference is an Indiana High School Athletic Association-sanctioned conference located in Jefferson, Ohio, Ripley, and Switzerland counties. Formed in 1952, the conference has been fairly stable throughout its history, as five of the current seven members are original members.

The Hoosier Athletic Conference is a ten-member IHSAA-Sanctioned conference located within Benton, Cass, Hamilton, Howard, Jasper, Tippecanoe, Tipton and White counties. The conference first began in 1947, and has been in constant competition except for the 1997-98 school year, when membership dropped to three schools. The conference added four schools from the folding Mid-Indiana Conference in 2015. 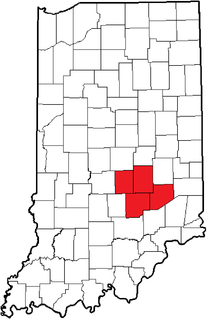 The Mid-Hoosier Conference is a seven-member IHSAA-sanctioned athletic association located within Bartholomew, Decatur, Johnson, and Shelby Counties in Central Indiana. 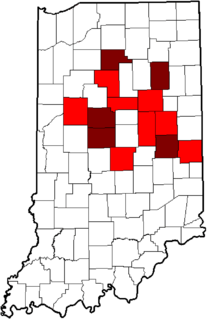 The North Central Conference is an IHSAA-sanctioned athletic conference consisting of ten large high schools in Cass, Delaware, Grant, Howard, Madison, Marion, Tippecanoe, and Wayne Counties across Central and North Central Indiana. Most of these schools are in 35,000+ population towns like Anderson, Marion, Kokomo, Lafayette, Muncie, and Richmond. Several of the nation's largest gymnasiums belong to members of this conference. 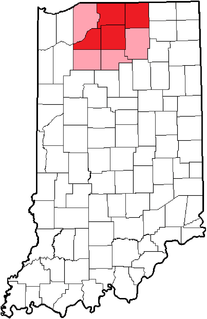 The Northern State Conference was the name of two separate IHSAA-Sanctioned athletic conferences. The most recent version was an eight-member conference within the Northern Indiana counties of Elkhart, LaPorte, Marshall, St. Joseph, and Starke. Some former member schools draw students from Fulton, Kosciusko and Pulaski counties. 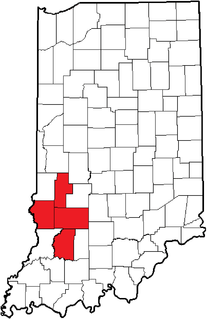 An eight-member IHSAA-sanctioned athletic located within Clay, Daviess, Greene and Sullivan Counties in Southwest and West Central Indiana. North Central (Farmersburg) joined in 2010 with the folding of the Tri-River Conference. Prior to that time, Clay City, Linton Stockton, Shakamak, and Union (Dugger) also participated in the Tri-River Conference concurrently while playing in the SWIAC. The conference was originally formed in 1939, but information on early membership between then and 1958 is incomplete.

The Tri-River Conference, established around 1965, was a seven-member IHSAA-sanctioned conference located within Clay, Greene, Morgan, and Sullivan counties in Indiana. It was named for the southern Eel, White, and Wabash rivers which flow through the territory of the conference. Clay City, Linton Stockton, Shakamak, and Union (Dugger) high schools also participated in the Southwestern Indiana Conference at the same time. The conference disbanded at the end of the 2009-2010 school year. 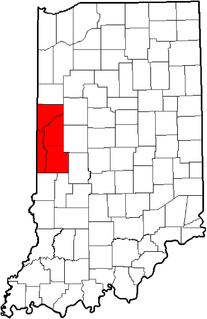 The Wabash River Conference is an eight-member Indiana High School Athletic Association (IHSAA)-sanctioned conference located within Fountain, Parke, Vermillion, and Warren Counties in West Central Indiana. All of the participating schools are either 1A, 2A, or 3A institutions in rural counties. The conference began in 1964 with nine schools who had outgrown their county conferences or had them fold, and has had that number stay relatively consistent since. The only change since was the consolidation of two members, Turkey Run and Rockville, into Parke Heritage High School in 2018 reducing the number of members to 8.

Triton Junior–Senior High School is a public high school in Bourbon, Indiana just south of U.S. Highway 30. It is a part of the Triton School Corporation. The school's current principal is Nate McKeand. The Triton School Corporation, formed in 1963 to consolidate the schools of Bourbon, Etna Green, and Tippecanoe, is located in east central Marshall County, Indiana. It draws students from both east central Marshall and west central Kosciusko Counties. The Hoosier North Athletic Conference is an IHSAA-sanctioned conference in northwestern Indiana, that began in 2015. The conference contains eight schools in six counties, but may expand to include more schools in the future.

Northfield Junior-Senior High School is a 7-12 secondary school in Wabash, Indiana. It is one of three junior-senior high schools in the Metropolitan School District of Wabash County.