Three Sixty is a greatest hits compilation released by American rock band A Perfect Circle on November 19, 2013. The set compiles songs from previous albums by the band and includes one new song, "By and Down". The album was also released in a deluxe edition (with dark blue cover art rather than white) which includes additional studio songs from the band's back catalog and live tracks from 2011 featured on the limited edition box set A Perfect Circle Live: Featuring Stone and Echo .

On the standard release, all songs were previously released by A Perfect Circle except "By and Down", which they debuted in concert in the summer of 2011. [3] The songs on the album are arranged chronologically by recording on both the standard and the extended deluxe edition. [4]

The live tracks on the deluxe edition were recorded in Morrison, Colorado at the Red Rocks Amphitheatre in a series of concerts from 2011. [4] The entirety of those three concerts is available on the box set A Perfect Circle Live: Featuring Stone and Echo . [4] [5]

The album has been critically praised as a strong collection of standout tracks from the band. AllMusic described the album as "a tour of the band's shiniest moments" that strips "their back catalog down to its most essential songs." [1] New Noise Magazine wrote that "If you already have all of the band's albums, then you really don’t need this one, but I certainly won’t say that it wasn’t a great idea to get this material out to people who haven’t been able to hear it yet, or even knew that it existed." [2] Fearnet also concludes that "If your only experience with A Perfect Circle comes via their movie soundtrack contributions and/or their higher-profile singles (which are quite impressive in themselves), this collection is an ideal way to catch up on the multi-textured and often experimental aspects of the band, and it represents their vast range of expression from rage-filled, angry anthems to thoughtful art-rock ballads, each of which bears Keenan and Howerdel's unforgettable artistic stamp." [4]

Except where otherwise noted, all songs by Billy Howerdel and Maynard James Keenan. 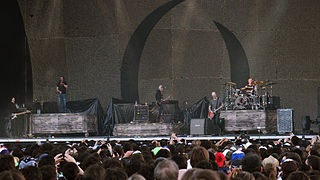 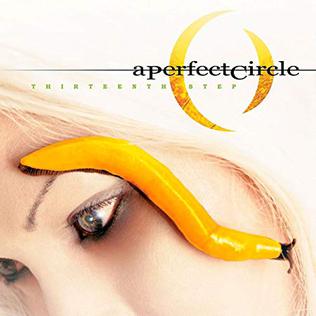 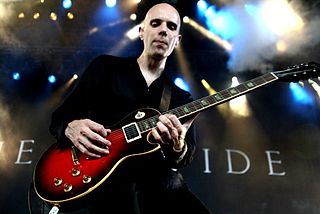 Billy Howerdel is the founding member, guitarist, singer-songwriter, and producer for the bands A Perfect Circle and Ashes Divide. He has recorded four acclaimed studio albums with the former, and in 2008, Ashes Divide released their debut album, Keep Telling Myself It's Alright. 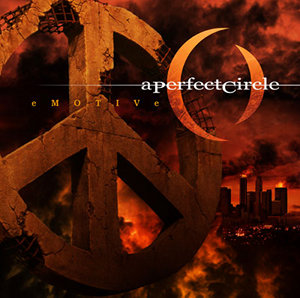 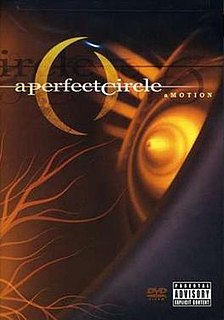 Amotion is a DVD–CD set released by American rock band A Perfect Circle on November 16, 2004, only two weeks after the debut of the band's third album, eMOTIVe. The DVD consists of music videos for singles such as "Judith", "3 Libras" and "Weak and Powerless" as well as previously unreleased videos for singles such as "Blue" and "Thinking of You". The CD is composed entirely of remixes of the singles from Mer de Noms and Thirteenth Step. The songs were retooled by Danny Lohner, Joshua Eustis, Massive Attack, and James Iha among others. The video album debuted at number four on the SoundScan Top Music Video chart and number ten on the Australian music DVD chart. aMOTION was certified Platinum by the RIAA on 17 December 2004. 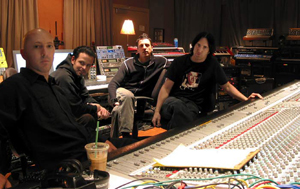 "3 Libras" is a song by alternative rock band A Perfect Circle. The song was the second single from their debut album Mer de Noms. The song was well received both critically and commercially, with it peaking at number 12 on both the Billboard US Modern Rock and Mainstream Rock charts in 2000. 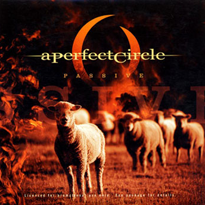 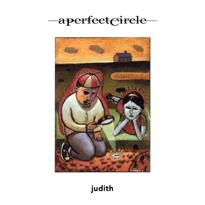 Ashes Divide is the name used for the solo project of American rock musician Billy Howerdel, guitarist of the alternative rock band A Perfect Circle, where he is the primary songwriter, musician, producer, and vocalist. The project's debut album, Keep Telling Myself It's Alright, was released in 2008. Howerdel formed a live band and toured in support of the album through the rest of the year, but the project fell to the wayside after A Perfect Circle reformation in 2010. Howerdel frequently discussed working on new material for the project as recently as 2017, but no further material had been released, with Howerdel instead focusing on A Perfect Circle's fourth album, Eat the Elephant, released on April 20, 2018. 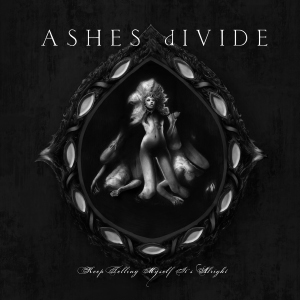 Keep Telling Myself It's Alright is the debut studio album by American rock band Ashes Divide, the solo-project by A Perfect Circle guitarist Billy Howerdel. While efforts towards a Howerdel solo album were started even back in his time in A Perfect Circle during touring in support of their 2003 album Thirteenth Step, commitments to A Perfect Circle and other projects, along with some difficult recording sessions, pushed the album's US release out to April 8, 2008. It was released in Australia on April 19. Its first single, "The Stone," entered radio circulation in January of that year. 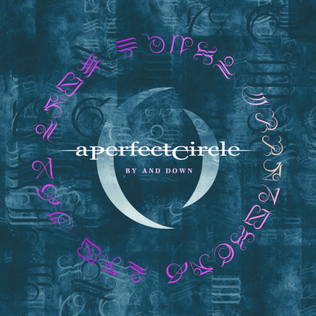 "By and Down" is a single by alternative rock band A Perfect Circle in 2013. The track represented the first studio material from the band in almost a decade's time. The studio version appears on the band's greatest hits album, Three Sixty, while a live version appears on their live box-set A Perfect Circle Live: Featuring Stone and Echo, both released in 2013. The song peaked at number 8 on the Billboard Mainstream Rock chart. An alternate version of the song, titled "By and Down the River", was later released on the band's fourth studio album, Eat the Elephant. 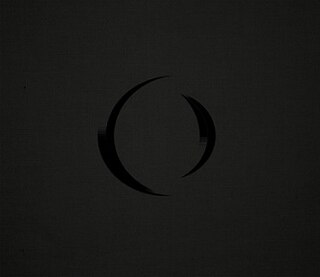 "Blue" is a song by American rock band A Perfect Circle. It was the third single from the band's second studio album, Thirteenth Step, behind the releases of the singles "Weak and Powerless" and "The Outsider". While not as successful as the prior two singles, which crossed over into the Billboard Hot 100 charts and hit the top 5 of the Mainstream Rock charts, the song was still a moderate success, peaking at number 19 on the latter chart. A remix version, "Blue ", was created by guitarist James Iha and released on the band's compilation album Amotion as well, and also received radio airplay. 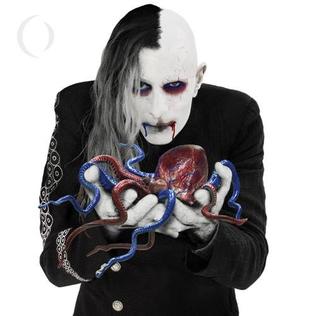 "The Contrarian" is a song by American rock band A Perfect Circle. It is off of the band's fourth studio album, Eat the Elephant. 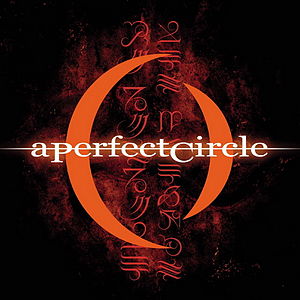