Thrill is a Southeast Asian pay television channel focusing on the horror, thriller, suspense and supernatural fiction genres. It primarily airs imports from the United States, the United Kingdom, Australia, and Asia.

The channel airs many iconic horror film franchises including The Ring , Ju-on , The Amityville Horror , Friday the 13th , and The Blair Witch Project . Each month, a thematic block composed of first airings from contemporary and classic horror films is aired typically on Fridays at 11PM (HK/SG/PHIL), 10PM (JKT/THAI).

Thrill airs South Korean imports in partnership with South Korea's OCN channel; [1] [2] these include Vampire Prosecutor , The Virus and Cheo Yong The Paranormal Detective . [3] Other programming Western dramas such as Psychoville , Coma , Bedlam and Holliston and paranormal reality series such as Ghost Hunters and Most Haunted .

Unlike other film-oriented channels which tend to be commercial-free, Thrill airs television advertising. 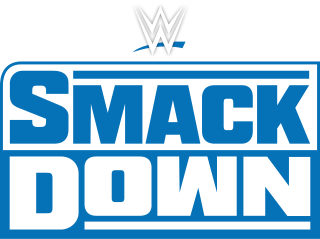 WWE Afterburn was a syndicated television program which recaps events taking place on WWE's weekly flagship program, SmackDown. Along with Bottom Line, it replaced WWE's previous syndicated highlight show, Jakked. The show ran from May 2002 until September 2005 domestically, broadcasting 172 episodes domestically before being removed from syndication. The show continues to run in some international markets, with it being televised in South Africa, Italy, Germany, Spain and South Asia.

Paranormal television is a genre of reality television. Its scope comprises purportedly factual investigations of paranormal phenomena, rather than fictional representations found in such shows and films as The Ghosts of Motley Hall, Ghostbusters, Scooby-Doo and Rentaghost.

Horror Channel is a British television channel showing horror films and television series and some science fiction. It is broadcast in the UK and Ireland. 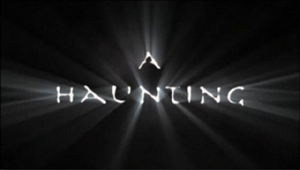 Disney Channel is a Southeast Asian pay television channel owned by The Walt Disney Company. Most of its original programming is aimed at pre-teens and adolescents ages 10–16 while its Disney Junior programs are targeted at younger children, although certain programs are aimed at audiences of all ages. The channel's programming consists of original first-run television series, theatrically-released and original made-for-cable movies and select other third-party programming. Some countries do not carry the channel, due to either a lack of capacity or government restrictions. 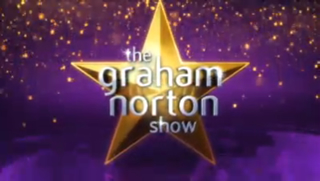 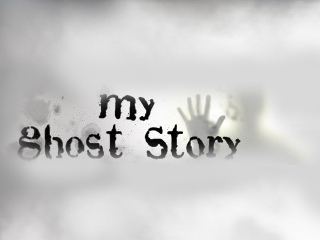 My Ghost Story is an American television series on the paranormal, which premiered on July 17, 2010 on the Biography Channel. The series features ghost stories told from a person's own supposed experience with the supernatural. Each episode features claims of encounters at reportedly haunted locations all over the United States, as well as a few locations in other countries. A spin-off series My Ghost Story Asia premiered on the Biography Channel (Asia) on 16 August 2012 featuring stories from Singapore and Malaysia. The fifth season started on October 5, 2012 on Fridays at 9/8 Central.
The sixth season which began on August 12, 2013 aired on the Biography Channel, the original broadcast channel, but halfway through the season the broadcast channel was changed to the Lifetime Movie Network (LMN).

Star World India is an Indian pay television channel owned by Star India, a fully owned subsidiary of The Walt Disney Company India. It primarily airs popular shows from the United States, United Kingdom and sometimes Australia along with some local shows to appeal to the English-speaking population of India and a few other South Asian countries. The channel focuses on 14- to 35-year-old urban population, with 24-year-old working professionals being its primary target demographic.

School Spirits is an American paranormal television series which airs on the Syfy channel. The first season premiered on June 20, 2012. The series features alleged paranormal encounters told through reenactments that are based on occurrences at schools and universities in America.

Blumhouse Productions is an American film and television production company, founded by Jason Blum. Blumhouse is known mainly for producing low-budget horror films, such as Paranormal Activity, Insidious, Sinister, The Purge, Oculus, The Gift, Split, Get Out, Happy Death Day, Upgrade, Halloween and The Invisible Man. Blumhouse has also produced drama films, such as Whiplash, and BlacKkKlansman, which have earned nominations for the Academy Award for Best Picture. The company also produced The Normal Heart, which won the 2014 Primetime Emmy Award for Outstanding Television Movie. Blumhouse has worked with directors such as Leigh Whannell, Jordan Peele, Christopher Landon, James Wan, Mike Flanagan, James DeMonaco, Damien Chazelle and M. Night Shyamalan.

Yey! is a Philippine pay television channel created by ABS-CBN and one of the freemium channels of ABS-CBN TVplus. It is the second animation channel of ABS-CBN after the defunct channel Hero TV, previously owned by ABS-CBN's narrowcast arm Creative Programs. The channel primarily airs Filipino-dubbed Japanese anime series and foreign cartoon shows, with imported programming from ABS-CBN and Hero TV. Yey! operates daily from 6:00 AM to 10:00 PM. Despite the truth that Yey! airs as a channel of ABS-CBN, they are still airing to date.

The First and True Home of Asianovelas is a Korean drama programming block of ABS-CBN and Asianovela Channel that broadcasts Filipino-dubbed Asian dramas and movies from China, South Korea, Thailand, and Taiwan. Its first Asianovela was Meteor Garden from Taiwan. Live streaming and video-on-demand access are available on iWant and Sky On Demand in high-definition.