Thrill of Your Love

Thrill of Your Love is a song written by Stan Kesler and recorded by Elvis Presley in 1960 for his first post-army album Elvis Is Back! . It was first recorded by Carl McVoy in 1958 under the title "A Woman's Love." His version remained unissued at the time, but has since appeared on compilations. [1]

"A Little Less Conversation" is a 1968 song recorded by Elvis Presley written by Mac Davis and Billy Strange and published by Gladys Music, Inc., originally performed in the 1968 film Live a Little, Love a Little. The song became a minor hit in the United States when released as a single with "Almost in Love" as the A-side. A 2002 remix by Junkie XL of a later re-recording of the song by Presley became a worldwide hit, topping the singles charts in nine countries and was awarded certifications in ten countries by 2003.

"Burning Love" is a 1972 song by Elvis Presley written by Dennis Linde and originally recorded by country soul artist Arthur Alexander, who included it on his 1972 self-titled album. Elvis Presley had a major hit with the song, becoming his biggest hit single in the United States since "Suspicious Minds" in 1969 and his last Top 10 hit in the American Hot 100 or pop charts.

"A Big Hunk o' Love" is a song recorded by Elvis Presley and released as a single on June 23, 1959 by RCA Victor, which topped the Billboard Hot 100 for two weeks. 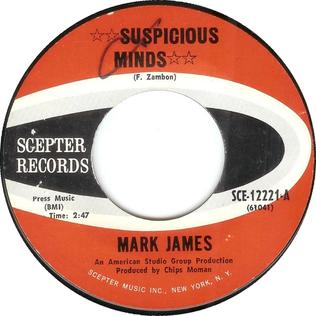 "Kentucky Rain" is a 1970 song written by Eddie Rabbitt and Dick Heard. It was recorded at American Sound Studio and the backing musicians included pianist Ronnie Milsap. The song and session was produced by Felton Jarvis (RCA-Victor) and Chips Moman. It was certified Gold by the RIAA, signifying United States sales of more than a million copies. Songwriter Eddie Rabbitt released his own version of the song in 1978. 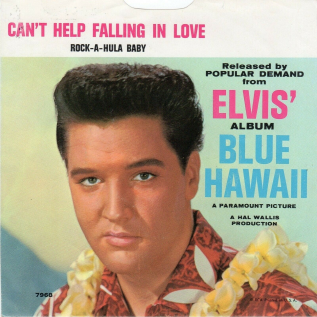 "Can't Help Falling in Love" is a 1961 song recorded by American singer Elvis Presley for the album Blue Hawaii (1961). It was written by Hugo Peretti, Luigi Creatore, and George David Weiss and published by Gladys Music, Inc. The melody is based on "Plaisir d'amour", a popular French love song composed in 1784 by Jean-Paul-Égide Martini. The song was initially written for a woman as "Can't Help Falling in Love with Him", which explains the first and third line ending on "in" and "sin" rather than words rhyming with "you". 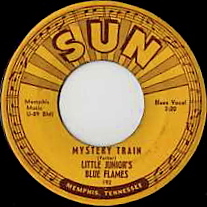 "Mystery Train" is a song written and recorded by American blues musician Junior Parker in 1953. Originally performed in the style of a Memphis blues or rhythm and blues tune, it was inspired by earlier songs and later became a popular rockabilly song, as first covered by Elvis Presley, then numerous others.

"That's All Right Mama" is a song written and originally performed by blues singer Arthur Crudup. It is best known as the debut single recorded and released by Elvis Presley. Presley's version was recorded on July 5, 1954, and released on July 19, 1954 with "Blue Moon of Kentucky" as the B-side. It was ranked number 113 on the 2010 Rolling Stone magazine list of the "500 Greatest Songs of All Time". 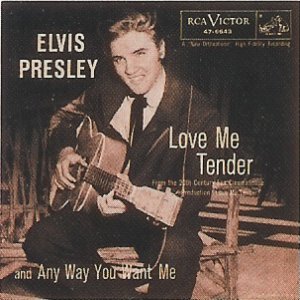 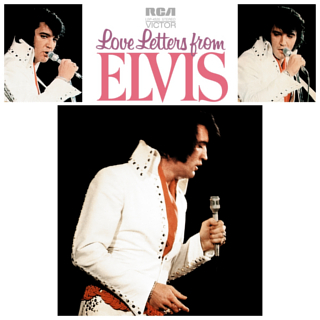 Love Letters from Elvis is the fourteenth studio album by American singer and musician Elvis Presley, released in 1971. The album was critically panned upon release, and failed to crack the top 20 of the Billboard album charts but did reach #12 on the US Top Country Albums chart and #7 on the UK best-selling albums chart. 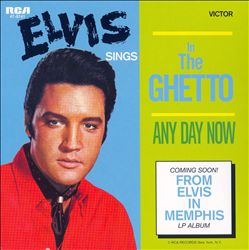 "In the Ghetto" is a 1969 song recorded by Elvis Presley and written by Mac Davis. It was a major hit released in 1969 as a part of Presley's comeback album with "Any Day Now" as the flip side. 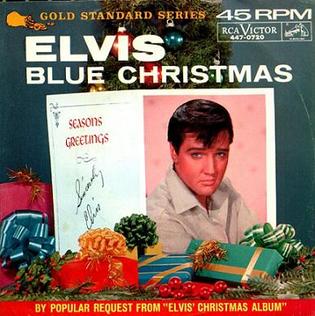 Elvis In Concert is a posthumous 1977 television special starring Elvis Presley. It was Elvis' third and final TV special, following Elvis and Aloha From Hawaii. It was filmed during Presley's final tour in the cities of Omaha, Nebraska, on June 19, 1977, and Rapid City, South Dakota, on June 21, 1977. It was broadcast on CBS on October 3, 1977, two months after Presley's death. It was transmitted by the BBC in the United Kingdom on June 9, 1978. Unlike the majority of Elvis' programs, it is unlikely to be commercially released on home video and is only available in bootleg form. This is because it showed Elvis near the end of his life when he was overweight and addicted to prescription drugs, and much of his performance reflects his poor health. However, parts of the special were used in the video documentary Elvis: The Great Performances and the theatrical documentary This is Elvis, both of which were released on home video.

"If Every Day Was Like Christmas" is a song written in 1965 by Red West and popularized by his friend and employer Elvis Presley in 1966 when he recorded and released it as a single. Presley released it again in 1970 on his Camden Elvis' Christmas Album. 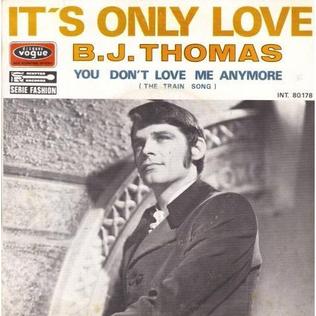 "It's a Matter of Time'" is a song written by Clive Westlake and recorded in 1972 by Elvis Presley.

Love Me Tender is an EP by Elvis Presley, containing the four songs from the motion picture of the same name. It was released by RCA in November 1956. The EP peaked at #9 on Top Pop Albums chart with sales of over 600,000, as well as making it to #35 on the singles chart. It was simultaneously certified Gold and Platinum by the Recording Industry Association of America on March 27, 1992.

"Almost in Love" is a song recorded by Elvis Presley as part of the soundtrack for his 1968 motion picture Live a Little, Love a Little. Luiz Bonfa had previously released an instrumental version of this tune in 1966 called "Moonlight in Rio".