Thunder in Paradise is an American action-adventure film TV series from the creators of Baywatch, which stars Hulk Hogan, Chris Lemmon, and Carol Alt. This first-run syndicated TV series originally premiered as a direct-to-video feature film in September 1993, then ran for one season from March 25 until November 27, 1994, before being cancelled. [1] In May 1994, during a taping of WCW Saturday Night , Hogan publicly expressed a desire to return to professional wrestling and hinted that he would no longer be a part of the show. [2] The series was later rebroadcast on the TNT cable network.

Thunder in Paradise follows the adventures of two ex-United States Navy SEALs, Randolph J. "Hurricane" Spencer and Martin "Bru" Brubaker, who work as mercenaries out of their tropical resort headquarters along Florida's Gulf Coast of the United States. Using their futuristic, high-tech boat, nicknamed Thunder, they travel around the world fighting various criminals and villains. They must also balance their dangerous undercover work with their responsibilities of raising widower Spencer's young stepdaughter Jessica, who lives with them.

Former model Kelly LaRue, who owns and manages the Scuttlebutt Bar & Grill on the beach in front of the resort, looks after Jessica whenever Spence and Bru go on their missions. Kelly also serves as a romantic foil for Bru. Edward Whitaker, Jessica's uncle, owns the beach resort and makes semi-regular appearances in the series, primarily for comic relief.

The Thunder in Paradise pilot movie was filmed in and around the historic The Don CeSar hotel in St. Pete Beach, Florida, during April 1992. When the series was picked up for a full season, the production company then moved to Disney's Hollywood Studios near Orlando, Florida, where the primary filming location became Disney's Grand Floridian Resort & Spa at Walt Disney World. Other filming locations at Walt Disney World included Disney's Old Key West Resort, Disney's Fort Wilderness Resort & Campground, and Epcot, used heavily due to the wide variety of futuristic and international architectural styles available at that theme park. The destruction of the school featured in the two-part episode "Deadly Lessons" was an actual controlled demolition of a school building in Central Florida that the production company agreed to perform in exchange for filming rights. Stetson University in DeLand, Florida was utilized for an episode. [5]

On the release of the DVD collection in 2006, the series was reviewed by David Cornelius of DVD Talk:

It's 1990s television for action fans who can't handle the subtle nuances of "Baywatch Nights." It's stupid, sexist, and embarrassing, but oh, how much fun it is.

Cornelius admits to giving the series a higher rating than usual, and selectively recommends it but warns "Those not so fond of Bad Movie fun, meanwhile, should obviously Skip It." [6] In 2008, Entertainment Weekly ranked it as the "cheesiest" syndicated TV series. [7] 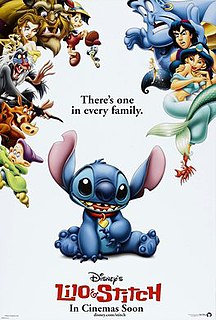 Lilo & Stitch is a 2002 American animated science fiction comedy-drama film produced by Walt Disney Feature Animation and released by Walt Disney Pictures. The 42nd Disney animated feature film, it was written and directed by Chris Sanders and Dean DeBlois in their directorial debuts. It features Daveigh Chase and Sanders as the voices of the title characters, and also features the voices of Tia Carrere, David Ogden Stiers, Kevin McDonald, Ving Rhames, Jason Scott Lee, and Kevin Michael Richardson. It was also the second of three Disney animated feature films that were produced primarily at the Florida animation studio in Disney's Hollywood Studios at Walt Disney World near Orlando, Florida. Lilo & Stitch was Sanders' first lead role, and Lee's last widely released film until 2007.

Terry Eugene Bollea, better known by his ring name Hulk Hogan, is an American retired professional wrestler. He is widely regarded as the most recognized wrestling star worldwide and the most popular wrestler of the 1980s. 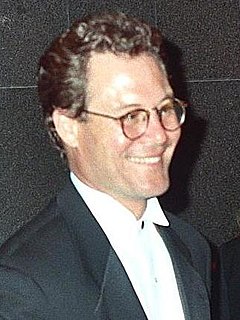 Christopher Boyd Lemmon is an American actor and author.

Attack of the Giant Leeches is an independently made, 1959 black-and-white science fiction-horror film, produced by Gene Corman and directed by Bernard L. Kowalski. It stars Ken Clark, Yvette Vickers Bruno VeSota and Jan Shepard. The screenplay was written by Leo Gordon. The film was released by American International Pictures on a double bill with A Bucket of Blood. Later, in some areas in 1960, Leeches played on a double bill with the Roger Corman film House of Usher.

Mortal Kombat: Conquest is an American martial arts television series developed by Juan Carlos Coto. Based on the Mortal Kombat fighting game franchise, it aired in syndication for one season from 1998 to 1999. The series serves as a prequel to the games, following the original Kung Lao as he protects Earthrealm with the help of bodyguard Siro and former thief Taja. It was one of the first live action shows based on a video game to air on United States television, preceded only by the live action segments of The Super Mario Bros. Super Show!.

Ruby in Paradise is a 1993 film written and directed by Victor Nunez, starring Ashley Judd, Todd Field, Bentley Mitchum, Allison Dean, and Dorothy Lyman. An homage to Northanger Abbey by Jane Austen, the film is a character study about a young woman who escapes her small town in Tennessee for a new life in coastal Florida. The film marks Judd’s first starring role.

The WCW Disney tapings were a series of television tapings of professional wrestling matches conducted by the now defunct World Championship Wrestling (WCW) at the Disney-MGM Studios in Lake Buena Vista, Florida. 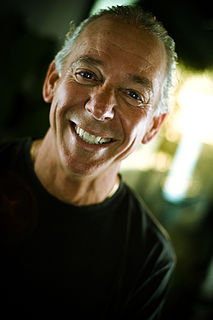 Gregory J. Bonann is an American lifeguard, television producer, director, writer, and showrunner. He is best known for co-creating the internationally syndicated television series, Baywatch, which ran for eleven seasons, and was listed in the 2001 Guinness Book of World Records as the most widely viewed TV series in the world. His later work includes the syndicated action drama, SAF3, and A Chance For Children, a charitable foundation that benefits homeless and at-risk youth.

Felicity Waterman is an English actress known for her role as Vanessa Hunt during the final two seasons of the television drama series Knots Landing, and for her role as regular cast member Lt. Abigail Hawling on the syndicated television series Pensacola: Wings of Gold (1999–2000).

The film industry in Florida is one of the largest in the United States: in 2006, Florida ranked third in the U.S. for film production based on revenue generated. However, more recent 2009-2010 data no longer show Florida among the top four states. 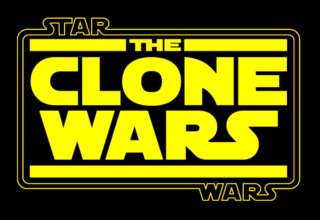 Star Wars: The Clone Wars is a computer-animated television series created by George Lucas. It is set in the fictional Star Wars galaxy during the three years between the prequel films Episode II: Attack of the Clones and Episode III: Revenge of the Sith. Lucas called it a continuation of the previous Genndy Tartakovsky produced 2003 Clone Wars series. Dave Filoni served as supervising director of the series. The series began with a theatrical feature film that was released on August 15, 2008, and debuted on Cartoon Network two months later on October 3, 2008. Episodes had a running time of approximately 22 minutes to fill a half-hour time slot. The seventh season was released exclusively on Disney+, where it no longer needed to fit specific time slots, and run times were approximately 24 to 26 minutes. 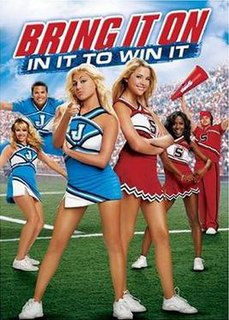 Bring It On: In It to Win It is a 2007 American cheerleading teen comedy film directed by Steve Rash and starring Ashley Benson, Cassandra Scerbo and Michael Copon.

Robin Weisman is a former American child actress. She is well known as the "little lady" Mary Bennington in the 1990 film Three Men and a Little Lady co-starring Tom Selleck, Steve Guttenberg and Ted Danson.

Thunder in Paradise is an interactive movie starring Terry "Hulk" Hogan, and Chris Lemmon, released on the Philips CD-i and MS-DOS. Based on the TV series with the same title, the game is a playable version of the two-part episode "The M.A.J.O.R. and the Minor", and video footage for the game was filmed at the same time as the episode itself. Thunder in Paradise was directed by Robert Weaver and designed and produced by David Riordan and David Todd.

Ashley Gorrell is an actress known for her role as Jessica Whitaker in Thunder in Paradise.

Walt Disney World Inside Out is an American monthly television show that aired on the Disney Channel from 1994 to 1997. The show featured footage of attractions at Walt Disney World in Orlando, Florida.

Phase Four of the Marvel Cinematic Universe (MCU) is a group of American superhero films and television series produced by Marvel Studios based on characters that appear in publications by Marvel Comics. Phase Four features all of the Marvel Studios productions set to be released from 2021 through 2022. It is the first phase in the franchise to include television series, alongside television specials marketed under the "Marvel Studios Special Presentation" banner, with Marvel Studios developing several event series for the streaming service Disney+ in addition to the feature films that it was already set to produce. Phase Four began with the series WandaVision, which premiered in January 2021, while the first theatrical film in this phase is Black Widow, which was released in July 2021 by Walt Disney Studios Motion Pictures. The phase will conclude with the television special The Guardians of the Galaxy Holiday Special in December 2022. The release schedule of Phase Four was changed several times due to the COVID-19 pandemic. Kevin Feige produces every film and executive produces every series in this phase, alongside producers Jonathan Schwartz for Shang-Chi and the Legend of the Ten Rings, Nate Moore for Eternals and Black Panther: Wakanda Forever, Amy Pascal for Spider-Man: No Way Home, and Brad Winderbaum for Thor: Love and Thunder.

"Is This Not Real Magic?" is the fourth episode of the American television series She-Hulk: Attorney at Law, based on Marvel Comics featuring the character She-Hulk. It follows lawyer Jennifer Walters / She-Hulk as she tries to begin dating. The episode is set in the Marvel Cinematic Universe (MCU), sharing continuity with the films of the franchise. It was written by Melissa Hunter and directed by Kat Coiro.