Thyas javanica is a species of moth of the family Noctuidae. It is found on Sumatra, Java, Bali, the Peninsular Malaysia and Borneo. 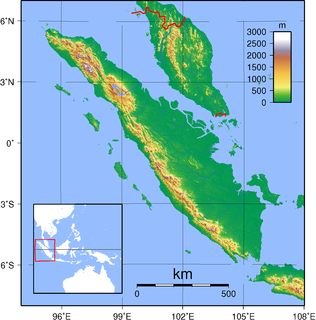 Ptychopyxis is a genus of plant of the family Euphorbiaceae first described in 1861. It is native to Southeast Asia and New Guinea.

Pimelodendron is a plant genus in the family Euphorbiaceae first described as a genus in 1855. It is native to insular Southeast Asia, Thailand, Papuasia, and Queensland. 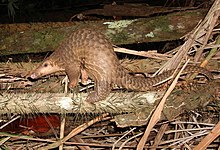 The Sunda pangolin, also known as the Malayan or Javan pangolin, is a species of pangolin.

Willughbeia is a genus of plant in the family Apocynaceae,first described as a genus in 1820. It is native to Southeast Asia with a few species in the Indian Subcontinent. Several species have edible fruits enjoyed in many countries. Many species are vines with sticky latex. 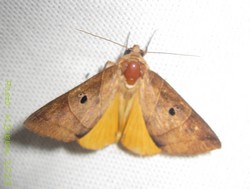 Thyas is a genus of moths in the family Erebidae. 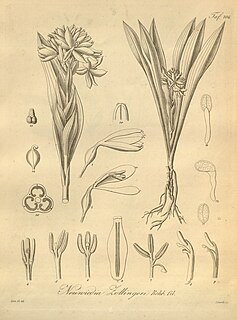 The Philippine pangolin or Palawan pangolin, also known as the balintong, is a pangolin species endemic to the Palawan province of the Philippines. Its habitat includes primary and secondary forests, as well as surrounding grasslands. This species is moderately common within its limited range, but is at risk due to heavy hunting because of its valued scales and meat. This species is distinguished from the closely related Sunda pangolin by its smaller body-to-tail ratio, smaller scales, and a shorter head. It is listed as Endangered by the IUCN, and Critically Endangered by the Palawan Council for Sustainable Development (PCSD). 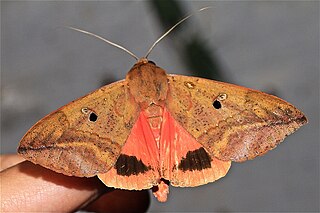 Thyas honesta is a species of moth of the family Noctuidae first described by Jacob Hübner in 1824. It is found in the Indian subregion, Myanmar, Thailand, Peninsular Malaysia, Sumatra, Sri Lanka, Borneo and on the Philippines.

Thyas juno is a species of moth of the family Noctuidae. It is found in the Indian subregion, China, Japan, Korea, Thailand, Borneo, Java, Sulawesi and on the Southern Moluccas. 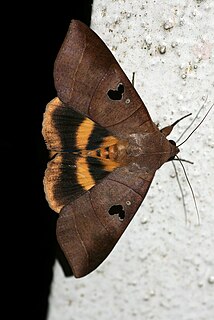 Thyas coronata is a species of moth of the family Noctuidae first described by Johan Christian Fabricius in 1775. It is found from the Indo-Australian tropics of India, Sri Lanka to Micronesia and the Society Islands.

Urceola is a plant genus in the family Apocynaceae, first described as a genus in 1798. It is native to China, the Himalayas, Southeast Asia, and New Guinea.

Sataspes javanica is a species of moth of the family Sphingidae. It is known from Malaysia, Java and Borneo. 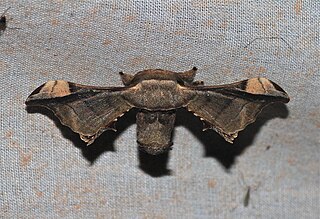 Gunda javanica is a moth of the family Bombycidae first described by Frederic Moore in 1872. It is found in the north-eastern parts of the Himalayas, Myanmar, Sundaland, Palawan and Sulawesi. The habitat consists of lowland rainforest. 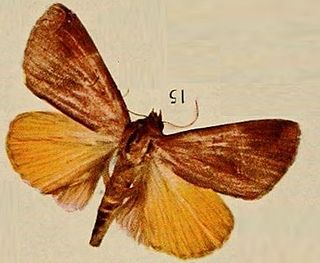 Thyas nubilata is a species of moth of the family Noctuidae. It is found in the Democratic Republic of the Congo.

Ratarda is a genus of moths in the family Cossidae.

Avatha javanica is a species of moth of the family Erebidae. It is found on Java.

Castanopsis javanica, the Javan chestnut-oak, is a tree in the beech family Fagaceae. The specific epithet javanica is from the Latin, meaning "of Java".